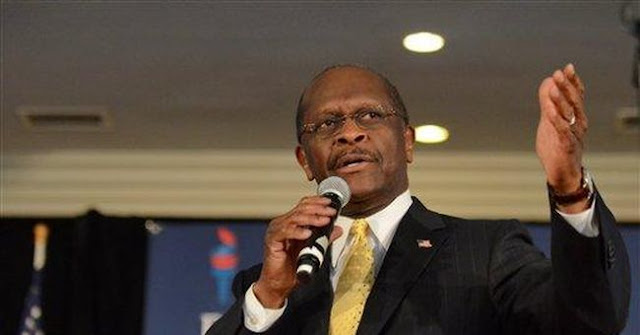 Herman Cain, the former CEO of Godfather's Pizza and 2012 presidential candidate, has died. Cain contracted the coronavirus at Donald Trump’s Tulsa rally, so expect a lot of concern trolling from the liberal media in the coming hours, which compounds this tragic event. Cain was known for his triple nine plan (aka “9-9-9 plan”) when he ran for the Republican nomination for president, which involved a nine percent personal income tax, a nine percent corporate tax, and a nine percent federal sales tax. His campaign did face allegations of sexual misconduct, which helped sow the seeds for his failed presidential bid. He later became a radio host and commentator.

CLICK HERE TO VIEW THE REST OF THIS STORY.