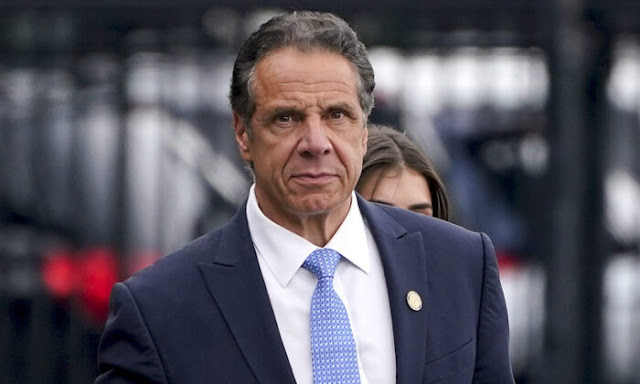 New York Gov. Andrew Cuomo prepares to board a helicopter after announcing his resignation, in New York on Aug. 10, 2021. (Seth Wenig/AP Photo)

New York Gov. Andrew Cuomo, a Democrat, announced Tuesday he will resign effective in 14 days after allegations of sexual harassment that were detailed in a state attorney general’s report last week.

Cuomo’s resignation came as the New York Assembly started deliberations Monday on an impeachment inquiry into his conduct and as top Democrat officials, including President Joe Biden, called on him to resign.

“The best way I can help now is if I step aside and let government get back to government,” Cuomo said in a televised speech.

But Cuomo said that he did not intentionally show disrespect toward any female staffers or women, asserting that the claims against him were “politically motivated.” An impeachment, however, would thrust New York into a state of turmoil for months, the three-term governor said, explaining that’s why he’s resigning.

“It is a matter of life and death. Government operations and wasting energy on distraction is the last thing government should be,” Cuomo also remarked. “I cannot be the cause. New York tough means New York loving. And I love New York and I love you. Everything I have ever done has been motivated by that love and I would never want to be unhelpful in any way.”

And speaking to his three daughters, Cuomo told them, “I want them to know from the bottom of my heart that I never did and I never would intentionally disrespect a woman, treat any woman differently than I would want them treated and that is the God’s honest truth.” 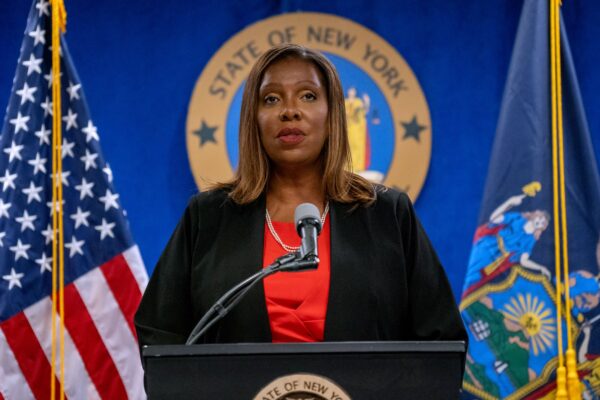 It came about a week after New York Attorney General Letitia James, also a Democrat, wrote in a lengthy report that he engaged in sexual harassment and his chamber mishandled allegations against him. She did not charge the governor with a crime, although several sheriff’s offices and prosecutors have announced they’re investigating.

“Specifically, we find that the Governor sexually harassed a number of current and former New York State employees by, among other things, engaging in unwelcome and nonconsensual touching, as well as making numerous offensive comments of a suggestive and sexual nature that created a hostile work environment for women,” her report said, adding that Cuomo’s office was filled with “fear and intimidation.”

James’s office received criticism for how she handled the case, with even some Republicans saying she failed to issue criminal referrals against the governor.

Cuomo, separately, is also accused of mishandling the state’s response to the pandemic, namely that his administration concealed thousands of COVID-19 deaths among nursing home patients.

That comes in stark contrast to how he was praised during the early stages of the pandemic in 2020, with some pundits lauding his daily press conferences as being a counter to former President Donald Trump’s daily pandemic updates. Cuomo’s briefings won him an international Emmy Award, and he went on to write a book on leadership during the crisis.

Jack Phillips is a reporter at The Epoch Times based in New York.