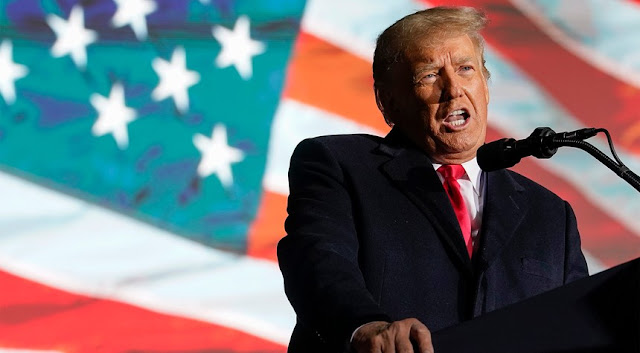 After a disastrous midterm election showing, pundits want someone to blame, and for many of them, they have just the guy: former President Donald Trump.

He endorsed bad candidates, they say; he helped fuel rumors that he was going to announce he was running for president the night before the election, he called Florida Governor Ron DeSantis “DeSanctimonious,” he doubled down on that by criticizing Virginia Governor Glenn Youngkin with a bizarre claim that his name sounded Chinese.

(Firebrand Ann Coulter has an even more succinct take, but it’s not language that should be seen in a family newspaper, as they used to say. Click here if you want to see it.)

Trump isn’t going to slink away so easily; in fact, there’s a strong possibility he announces another bid for the presidency Tuesday night.

To me, The Donald is an enigma wrapped in a conundrum who brings exasperation and joy in equal amounts. It’s easy to forget that he revived a depressed and downtrodden Republican base who had all but given up hope, and who had resigned themselves to a probable eight years of Hillary Rule. No way ¡Jeb! was going to beat her.

He was the first powerful Republican who told the wokesters where to put it, fought back against the liberal establishment, and exposed Obama, the Clintons, and the corrupt Washington machine, aka The Swamp.

He also continually got in his own way with his bombastic style and proclivity for insulting people. He very well may have lost the presidency in that first awful debate with eventual winner Sleepy Joe Biden, where Trump came off as nasty, ill-tempered, and mercurial. (To be fair, he apparently had COVID then, which might have contributed to his crankiness.) Now he’s at it again, insulting DeSantis for no apparent reason other than jealousy.

As Kurt Schlichter wrote Monday at our sister site Townhall:

Trump was always a prix fixe menu with no substitutions; you cannot have a Trump owning the libs without him also tweeting about Rosie O’Donnell. He saved our country in 2016.

My better half often makes the same point. I yelled back in back in 2015, “Why did he have to question John McCain’s heroism?! You don’t insult a war hero.”

“You get the good with the bad,” my wife pointed out. “Also, McCain is a political quisling and hates his own base.”

Schlichter makes a good point in his article: Even if Trump disappears tomorrow, the GOP’s problems will not magically go away. There’s plenty of blame to spread around for these midterms. First, you’ve got Senate Minority Leader Mitch McConnell, who funneled money to Lisa Murkowski (who was battling another Republican for a Senate seat in Alaska) when he could have helped out Senate Candidate Blake Masters in Arizona. (Masters did indicate during the primaries that Mitch should be replaced as leader, which might explain why McConnell wasn’t exactly a crusader for his campaign.)

Then there’s potential Speaker of the House Kevin McCarthy, who’s been accused of “mediocrity” and of lacking grit.

There’s the Republicans’ failure to adapt to the new rules on the battlefield, which is that mail-in voting is here to stay whether we like it or not; we need to master the new ground game that Democrats have perfected to get out every last vote well in advance of Election Day.

Whether you love Donald Trump or hate him, the following clip from Newsmax is interesting stuff. The host, Robb Schmitt, first gives an overview of Republicans who are not blaming the former President for Terrible Tuesday. Then he shows how the media—even the allegedly conservative Fox News—is loving the Trump-DeSantis rivalry and is actively pushing the narrative that the old bull is mortally wounded.

At approximately the six-minute mark, Schmitt reminds us of what a game-changer Trump was:

But did you really think that the man who marched into Washington intent on completely dismantling our government, a man intent on gutting the Republican Party and building something effective that actually gets things done for the people? Did we really think that that man would also be completely balanced in every way? Would you ever embark on a suicide mission like that yourself?…

Trump’s a wild man. We knew that since the 2016 primaries, and he’s been right over the target this entire time taking heavy fire for six years.

Trump created this entire brand. Everything that you love about politics now. It’s all him. Without Trump the movement doesn’t exist, none of this exists. And Ron DeSantis is great, he’d probably be a great president, but if Trump had never gutted the Republican party, Ron DeSantis and many others would all look and sound just like John Boehner.

They’d be golfing on the weekend with Mitt Romney.

I know we have many Trump-loving readers, as well as others who can’t stand Orange Man Bad, and that there are now also a sizable number of the former who worry that DJT has gone off the rails. Many of you are Ron DeSantis fans (as am I). His performance as governor of Florida has been off the charts, keeping schools open during the pandemic, fighting off woke corporations, and handling natural disasters expertly. I wrote back in June that the one thing I really, really don’t want to see is a Death Match between DeSantis and Trump, because I think we all lose in that scenario. At the end of the day, however, I believe in American meritocracy, so whoever wants to throw their hat into the presidential primary ring should do so, and may the best man (or woman) win.

Trump is not going anywhere. Despite the intense criticism he’s taking today, he’s taken it before and risen out of the ashes. His support runs deep (just ask Dave Chapelle).

We dump Trump at our collective peril... he is the bull in the china shop busting down the crystal palaces of the corrupt swamp. They hate him because he derailed their Globalist plans in their tracks...they must convince us to betray him in order to survive. 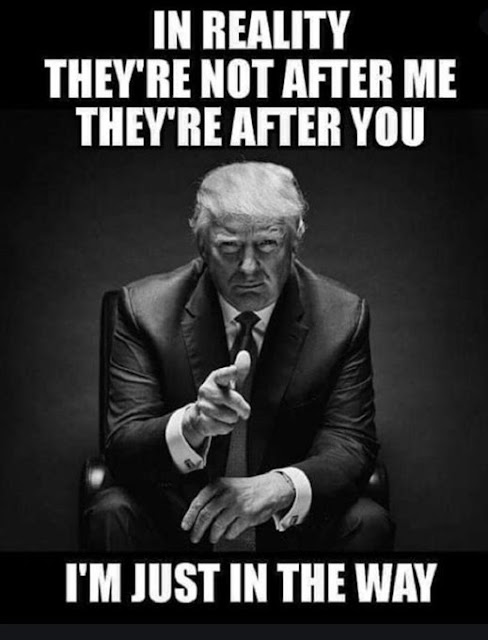