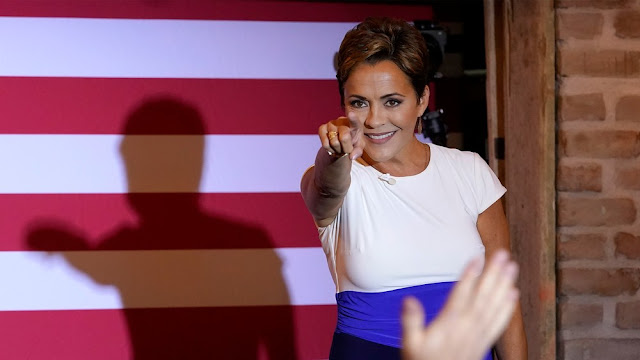 Arizona Republican gubernatorial candidate Kari Lake filed the first lawsuit against election officials in Maricopa County, claiming that laws were violated after it took over a week to get the midterm election results.

Lake is requesting the court to provide records on how they counted the votes during the November 8 midterm elections, in which she has publicly cast doubts that her Democrat opponent Katie Hobbs won the Arizona election fairly.

The defendants listed in the suit include Stephen Richer, the Maricopa County recorder, and other officials. Lake is alleging that there were misprinted ballots that were not readable by voting machines, the mixing of counted and uncounted ballots, and long lines at polling locations that discouraged voters from casting ballots.

“Given instances of misprinted ballots, the commingling of counted and uncounted ballots, and long lines discouraging people from voting, as demonstrated in the attached declarations, these records are necessary for Plaintiff to determine the full extent of the problems identified and their impacts on electors,” the lawsuit reads.

Earlier this week, GOP Arizona attorney general candidate Abe Hamadeh also filed a lawsuit against Maricopa County election officials alleging “errors and inaccuracies” in the management of certain polling places and the counting of ballots in the election.

In a letter, Arizona’s attorney general office said that the county must answer for the issues voters experienced while voting on Nov. 8.

“These complaints go beyond pure speculation, but include first-hand witness accounts that raise concerns regarding Maricopa County's lawful compliance with Arizona election law,” the letter reads.

Meanwhile, Lake has yet to concede to Hobbs, saying “if we give up now, we will no longer have a country.”

"Would you get on a plane if HALF of the engines didn't work?" Lake asked, adding “would our friends in the media be able to broadcast their nightly propaganda if HALF of their studio equipment was not working?”