So, the Secret Service's Rental Vehicles Went Up in Flames in Nantucket 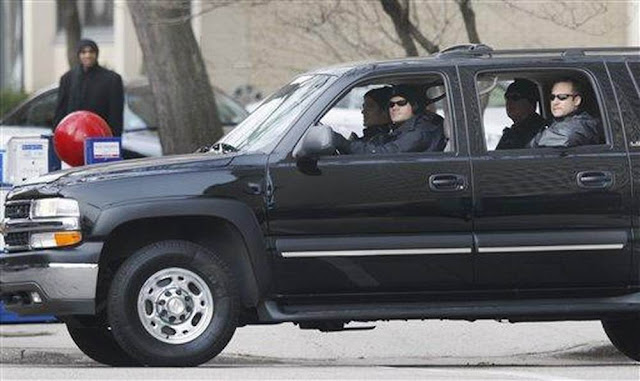 Photo: Charles Dharapak
Joe Biden absconded to the bougie confines of Nantucket Island for Thanksgiving, which wasn’t without drama. No, I’m sure Hunter didn’t hit the crack pipe—but the Secret Service’s rental vehicles went up in flames during the trip. It’s just another sign that this presidency is a walking disaster—not even Joe’s elite protective detail is safe from the hex that follows this man. Our friends at Hot Air covered this story first, but this incident could have been more severe if an attentive employee at the Nantucket airfield didn’t notice the cars going up in smoke. The Secret Service parked the vehicles at the airport when the fire erupted and almost reached the facility’s fuel depot (via Fox News):

Biden spent Thanksgiving on the ritzy Massachusetts island with his family last week. The Secret Service rented five vehicles from Hertz to carry the president and his family, and all five of them caught fire in the parking lot, according to footage first obtained by the Nantucket Current.

"At approximately 5:22 am Airport shift staff observed an active fire in the rental car overflow area through the Airport's Closed Circuit Television System," the airport said in a statement to the Current. "Staff activated the Alert system and responded to the fire in Airport-3, where they were met by responding units from Nantucket Fire Department and Nantucket Police Department."

The Bidens stayed at a waterfront compound along Nantucket Harbor. The family members on the trip included Ashley and Hunter Biden. The family has a more than 40-year tradition of spending Thanksgiving on the island.

It’s excellent news that no one was injured or killed in what could have been an inferno of an event, but given the failing economy, the high inflation, the spike in crime, and the overall deteriorating condition we find ourselves in—Biden’s Secret Service detail’s vehicles exploding is par for the course. Can anything go right for Biden?

HERE IS THE VIDEO.