What Happened on Election Night? I Think I Have Some Answers 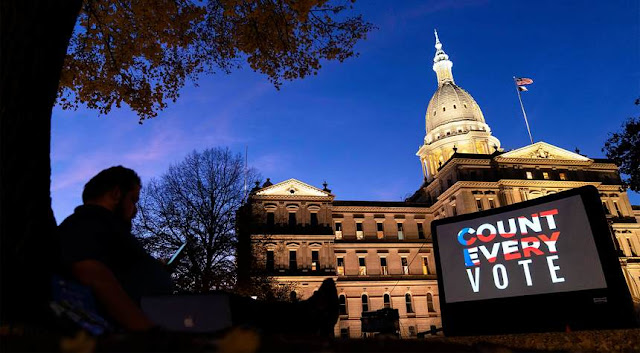 There is whiskey in my coffee this morning. I considered going with heroin, which, thanks to Kathy Hochul, is easy to find in New York, but I’m saving my final fall for election night 2024.

Here is what I think went wrong — and right — in our elections.

For starters, conservatives have principles, and the lefties do not. Die-hard libskanks are dedicated to their  communism. They will happily vote for anyone, even a pedophile — or, as they call them, Minor Attracted Persons (MAP) — as long as they have a “D” before their name.

Conservatives are not the same. I know a few never-Trumpers who pinched their noses and voted for Trump, but I know many who stayed home on election night, twice. True Democrats wouldn’t consider not voting for their candidate, even if he looks like the guy from Sling Blade and can’t put a sentence together.

Dr. Oz was a horrible candidate, but he is clearly a better man for the job than Fetterman. How many Pennsylvania Republicans snubbed Oz, the highly polished carpetbagger, and stayed home on Tuesday?

Bolshies don’t care that they are paying $4 for gas in Michigan. They don’t care that poor black people are getting slaughtered amid a three-year crime surge. They aren’t concerned that inflation is gutting the nation; it’s all about the party, comrade.

Today, Facebook is full of working-class libs celebrating Tuesday’s elections, even though their kids could get raped due to cashless bail laws or an accidental overdose on a Percocet they bought off the street, having no idea it was laced with Chinese fentanyl.

FACT-O-RAMA! Leftists hate conservatives so much that they’ll smilingly endure brutal crime and historic inflation rather than allow a Republican in office.

Another “problem” we conservatives face is that we, unlike the communists, are not idiots. Leftists are masters of denial. There are morons from Long Island on Facebook today pretending there is no crime wave in our major cities and that conservatives are dopes for buying into the “lie” of a crime surge. This is despite the record violent crime in nearby New York City, which we can see and read about every day.

Related: The Slow-Boiling States of America

I know of three far-leftists who concede that the crime problems are real. Two of them claim that New Yorkers who are getting raped, shot, or pushed in front of speeding subway trains simply need to “toughen up.” The third claims he prefers New York City to be “a little gritty.” In other words, the pile of bodies is collateral damage in the battle for the greater good, which is the Democrat/Communist Party.

The commie brainwashing game is strong. Whereas conservatives want the truth, liberals want to hear what they want to hear and believe what they are told to believe.

HATE-O-RAMA! Libs will gladly give up their rights if they know they are the same rights we conservatives value. They will lock down, keep their kids home, and hoist a useless Fauci face diaper onto their mugs if they know it pisses you off.

The true leftists have been programmed to believe what they are told and ignore everything else. The Marxists will not believe a word of news from a source that doesn’t lean their way. It’s called “ideological subversion.” This is part of the plan of the commies to take over the United States without firing a shot. Soviet defector Yuri Bezmenov explains it below, and I suggest you take six minutes or so to watch it.

Exposure to true information does not matter anymore. A person who was demoralized is unable to assess true information. The facts tell nothing to him. Even if I shower him with information, with authentic proof, with documents, with pictures. Even if I take him by force to the Soviet Union and show him concentration camp, he will refuse to believe it, until he is going to receive a kick in his fat bottom. When a military boot crashes his balls then he will understand. But not before that. That’s the tragedy of the situation of demoralization.

Another ideological difference between liberals and conservatives is this: we want to build, and they want to destroy. They have sacrificed their large cities, and thousands of lives, to push their doctrine. Democrat cities have been stacking bodies for three years. Again, collateral damage. Here is the punchline: the Dems happily sacrifice black people for the cause while telling the survivors that Republicans are “racists” who want them dead.

Conservatives are obviously better with money. The Democrat Party has spent, as far as I can tell, roughly $164 million for Beto O’Rourke to lose three races. Why continue funding this cuck? Because he is staunchly communist and will push the Marxist agenda that the left has embraced.

We can’t deny that there may have been sketchy behavior going on. Election fraud was invented about 10 seconds after democracy. Project Veritas allegedly caught people in Philly “electioneering.” Voting machines in the Republican stronghold of Maricopa County, Ariz., magically stopped working yesterday.

Did Michigan residents really forgive their governor for her COVID-19 lockdown atrocities, high gas prices, inflation, and crime? Did they forget about the carnage Joe Biden has caused our nation? How about the thousands of seniors sent to their deaths in nursing homes? Gov. Gretchen Whitmer (D-Mich.) even lost the Muslim vote, which is 3% of the population. Are Michiganders really the most magnanimous voters in the nation?

Florida went huge for Ron DeSantis. He snagged a ton of Hispanic votes and turned blue regions red. He has spent the last three years pushing for personal freedoms and won in a landslide. Why did Michigan, Pennsylvania, and New York not follow suit, especially considering the punishment they’ve endured from the Democrat governors for the last three years? It doesn’t make sense.

COINCIDENCE-O-RAMA? The Democrat governors of Michigan, Pennsylvania, and New York led the nation in draconian lockdowns, yet all three won their gubernatorial races.

This was a knee-capper for Republicans. Most of the nation believes in abortion to a certain extent. Republicans celebrated when Roe v. Wade was overturned. It was likely part of our undoing.

Conservatives hate abortion, and libs love it. Pink-haired, non-binary freakshow chicks have abortions simply because they think they are hurting us. They flout it. Again, acceptable collateral damage in the name of sticking it to the right. 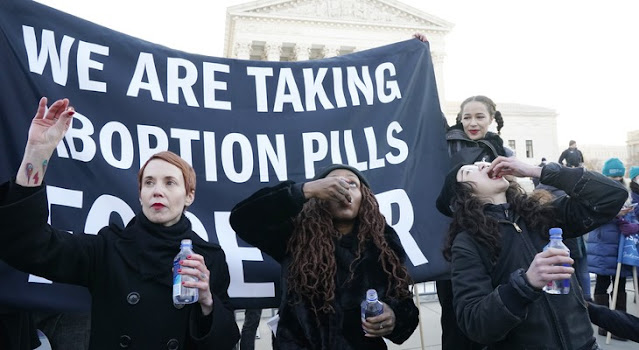 Libs hate you for your love of God. They look down on your praying to what they call a “sky wizard.” They think you’re dumb.

Maybe it’s time to shut up and let the leftists slaughter their unborn kids. Perhaps we should say nothing when they take their 13-year-old suddenly “trans” daughter to get mutilated by a doctor. Why should conservatives continue to care?

What have we learned?

Seventy-five percent of the nation believes the country is on the wrong track, yet most of them did little to change things.

We learned that liberals will vote for a drooling, openly communist, Young Frankenstein Senate candidate who has promised to empty the jails.

Perhaps we are the problem.

Maybe letting a 14-year-old son of liberals have his penis scalped off is a good thing. We just won’t allow our kids to do it. Why do we care if big blue cities are killing grounds? We can stay out of them. Let the left eat one another.

The problem is this: communism doesn’t stop spreading. The pinkos don’t just want Michigan, Pennsylvania, and New York. They want Indiana, Florida, Tennessee, and every red state in the nation. Commies are never satiated.

The other problem is this: we can’t ignore the communists because they’re coming after our states, schools, kids, and values. They want it all.

As my grandfather used to say, “F***’em and feed’em beans.” We just need to keep it away from us.

What can you do to stop the commie nonsense? First and foremost, remain peaceful. I know it’s hard to watch miscreants take apart our nation, but getting violent won’t solve a thing. Sure, who doesn’t want to bounce a meaty fist off a Marxist? But it would actually give the bolshies the ammo they need to further demonize us.

I know it’s frustrating having watched the blue-haired trans-pansexual freakshows burn the nation down during COVID and now being forced to sit by and watch them dismantle our democracy, but violence is not the answer here.

Second, let them dismantle their own states and neighborhoods. I’m done fighting for the “rights” of a teen lib who wants to morph his penis into a vagina. Have at it, Dylan. If your parents allow you to swap your genitals, it doesn’t concern me anymore.

Third, we do not give up. We never stop resisting the commie onslaught. We protect what is ours. We stay informed, we watch, and we vote.