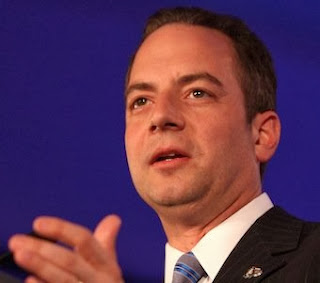 This month, America celebrates Black History Month. It’s a time to honor black Americans’ countless contributions to our country, and as Chairman of the Republican Party, I take this opportunity to remember the many African Americans who have shaped our Party from its formative days as a small group of abolitionists through today.

I’m thinking of trailblazers like the great Frederick Douglass; Senator Hiram Revels, the first African American to serve in the U.S Congress; and Senator Blanche Bruce, the first African-American senator to serve a full term. And I’m thinking of more recent trailblazers like former Secretary of State Condoleezza Rice, who grew up in the segregated South and rose to become Secretary of State; Senator Tim Scott, the first black senator from the South in over a century; and T.W. Shannon, the first black speaker of the Oklahoma House of Representatives.

To better celebrate this rich history, the Republican National Committee inaugurated a new annual tradition last year: naming and honoring Black Republican Trailblazers who made great contributions to our party and country and to their communities. This year, we honor three remarkable individuals: Dr. Louis W. Sullivan, businessman William Brooks, and Judge Sara Harper at our annual Trailblazer Awards, featuring Texas Commissioner of Education Michael Williams as the keynote speaker.

In 1975, Dr. Sullivan was named director and founding dean of the Medical Education Program at Morehouse College, which six years later would become the independent Morehouse School of Medicine. He became president of the school, a position he held until 2002, except for the four years he served as U.S. Secretary of Health and Human Services under President George H.W. Bush. Dr. Sullivan also chaired the President’s Commission on Historically Black Colleges and Universities and co-chaired the President’s Commission on HIV and AIDS under President George W. Bush.

William Brooks once served in the U.S. Air Force and as Assistant Secretary of Labor for the Employment Standards Administration, and as a member of the Social Security Advisory Board.

Today, Brooks serves as Chairman and CEO of BPI Communications, and Chairman Emeritus of the Board of the Michigan Black Chamber of Commerce. His impressive career has spanned government and business and also includes time as a General Motors executive.

Commissioner Williams is the first African American to hold a non-judicial statewide elected office in Texas history. Before leading the Texas Education Agency, he chaired the Texas Railroad Commission, which regulates the oil and natural gas industries.

Our three trailblazers and keynote speaker have had distinct careers, but all have been pioneers who leave a lasting legacy on the American landscape. We honored their accomplishments at our annual Republican Trailblazer Awards in February – and hopefully inspired a new generation of leaders.

But that work goes far beyond one month or one event. To continue to connect our party with black voters and communities across this country, the Republican National Committee launched a voter engagement effort that’s unprecedented in the Party’s history.

It’s about getting to know people where they live, work, and worship. Republicans – staff and volunteers – are in communities sharing our ideas and values with voters who may not have heard from us before.

Why are we doing this? Because we want to make sure every American has the chance to achieve his or her vision of the American Dream. But in too many places, the economic gap is widening, schools are underperforming, and families are still struggling. Republicans believe in solutions that fix these inequalities.

All Americans should have equal opportunities and the chance to build a successful life. That’s our philosophy as a party – and to make it a reality we’re going to need a new generation of Sara Harpers and Bill Brookses and Louis Sullivans. So we honor the trailblazers of the past, we draw inspiration for building a better future.

Reince Priebus is chairman of the Republican National Committee.