Four Reasons the Left Should Love Capitalism But Doesn't 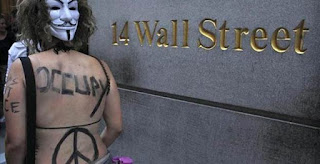 Capitalism has a new competitor and its name is "shame." The left is determined to make capitalism morally reprehensible. Cloaked in provocative terms like "income inequality," wealth redistribution has become the popular economic philosophy in America today, but it doesn't hold a candle to capitalism. When your first grade teacher asked the class "what do you want to be when you get big?" I'm doubtful anyone raised their hand to say "ooh, ooh, a welfare recipient!" I'm also certain your classmates never pointed to posters of their teen idols to say "anyone but them!" In other words, socialism isn't natural; no one grows up with aspirations of government dependency--unless you live in Greece!

Socialists intentionally suppress creativity and innovation by discouraging individual God-given talent and encouraging dependency. In short, your failure is required for its success! Atheists Karl Marx and Frederick Engels believed that religion was the anti-depressant for the oppressed working class. Engels, in particular, believed that when society adopted socialism the economic chains of the working class would be eliminated, thereby eliminating the need for religion altogether. At the root of socialist philosophy is the demand that you forfeit your faith, and the dreams God birthed in you. Additionally, socialists would like you to believe that without coercion, individuals are incapable or unwilling to be generous to their neighbor with their own hard earned money. It's just not true! What is true, however, is that thievery via over-taxation has never incentivized productivity.

Capitalism doesn't come with a warranty or "money back" guarantee. Yet, it encourages individuality, creativity, opportunity, risk taking, ambition, pride, dignity, a sense of accomplishment, promotion, and provision. Capitalism isn't a perfect system because people are imperfect. Nonetheless, the lazy, stagnant and ambitious are rewarded fairly and equitably. As much as the left professes their disdain for capitalism, they've yet to offer a better system. The reason is simple; it doesn't exist! Therefore, I've developed four reasons the left should love capitalism but doesn’t. Here they are:

1.) Capitalism allows you to fulfill your God given purpose: Our intelligent designer has inspired our dreams and purpose. Government can't produce your dreams, but they can take them away by creating an atmosphere that undermines our faith in God and the abilities He's equipped us with. When God is banished from society, government acts as our moral authority and by extension an arbiter of our dreams. The only work that matters to the government is that which is needed to sustain it. Individuality and imagination threaten the status quo of socialism. Capitalism allows man's purpose to flourish by exposing our strengths and weaknesses in the marketplace.

2.) Capitalism provides for your family: The Bible instructs us to leave an inheritance to our "children's children." The Left's "War on Poverty" is a perfect example of how socialism destroys the family by disincentivizing work. The black American family particularly has suffered greatly under the hand of government benevolence, going from a marriage rate of over 70 percent pre- War on Poverty , to an out-of-wedlock birth rate of over 70 percent in just two generations. When the Bible says "if a man doesn't work he shall not eat," but our entitlements train our citizens that you don't have to work to eat, we're witnessing the beginning of the end of this once exceptional nation.

3.) Capitalism buys you cool stuff: Can we stop acting like self-righteous phonies! We all go to work hoping to better our position in life. The coolest thing about making money is the joy of spending it and building wealth. When our priorities are in order, we should feel guiltless for rewarding ourselves. Immigrants all over the world flock to America to accomplish what we take for granted-- the American Dream. God blessed Abraham and Joseph beyond belief as a result of their faithfulness to him. If He isn't ashamed of blessing those who work hard with wealth, neither should we be.

4.) Capitalism helps you bless others: Socialism is dependent upon capitalism. Non-profit organizations must depend on for-profit organizations and their employees to thrive. Consider when you buy a car, the maker, salesman, mechanic, tire specialist and gas attendant will keep their jobs. When my pastor takes up a mission or benevolence offering, the poor, widow and orphan will be blessed. If a family member is living paycheck- to-paycheck, the best help and coach for restoring their finances and coaching them to prosperity and out of the welfare line is you, not Uncle Sam.

You are uniquely qualified to be you. In America "income inequality" is a state of mind. If we all take the time to invest in our own interest, dreams and gifts, perhaps there would be fewer "rich people haters" and more of us getting rich.