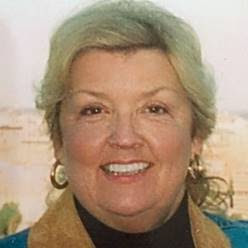 
Then, on the same day, the victim, Juanita Broaddrick, described for the first time – in a WND exclusive sit-down interview conducted in Broaddrick’s Arkansas home – exactly how the alleged 1978 sexual assault had deeply and permanently scarred her life throughout the intervening decades. And Broaddrick mentioned something else: Of all mainstream journalists, the one she spoke to recently on the phone, seeking an update from Broaddrick on the rape incident and its aftermath, was NBC’s Andrea Mitchell.


How ironic, then, when Thursday, Mitchell said on-air that Broaddrick’s rape allegation, first televised by her own network in a sensational “Dateline” segment in 1999, had been “discredited.”


It was Myers, NBC News’ well-respected and recently retired senior investigative correspondent, who in 1999 was so convinced of Broaddrick’s authenticity that she interviewed her for the network’s primetime story.


Indeed, Mitchell’s “discredited” claim clashes directly with Myers, who as recently as 2014 confirmed that “Nothing has come up since that story was reported that in any way undercuts what Juanita Broaddrick said.”


Here’s what Broaddrick said today in response to Mitchell’s claim:


“Nothing has changed from the detailed investigation NBC did into my story in 1999 before airing my Dateline interview with Lisa Myers,” Broaddrick said in a statement to Los Angeles attorney Candice Jackson, who conducted the in-person interview with Broaddrick for WND, having previously authored the acclaimed book, “Their Lives: The Women Targeted by the Clinton Machine.”


“And if NBC now thinks my experience has been ‘discredited,'” Broaddrick continued, “why would Andrea Mitchell call me to ask me for any new information about my encounter with Hillary after the assault? And why wouldn’t Andrea Mitchell have written her own news story explaining exactly how I’ve been discredited? Lisa Myers actually warned me about Andrea. Andrea is obviously mad at me for exposing her rudeness and bias when she called me this year. I think being a lapdog for Hillary Clinton discredits Andrea Mitchell and NBC as journalists!” 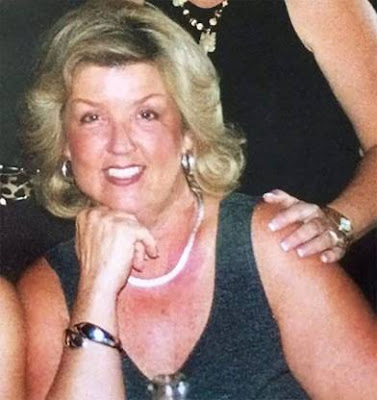 
“Rudeness and bias”? Here’s how Jackson reported Broaddrick’s comments about her call with Andrea Mitchell in her interview story:


Juanita created a social media firestorm earlier this year by tweeting that she had been “dreading seeing my abuser on TV campaign trail for enabler wife … but his physical appearance reflects ghosts of past are catching up.” One of the many media figures who called her after this tweet was Andrea Mitchell of NBC. Because she’d had a positive experience with Lisa Myers with NBC back in 1999, Andrea Mitchell was one of the few calls Juanita returned in the aftermath of her trending tweets. Andrea Mitchell asked her just one question, listened to her answer, and told Juanita condescendingly, “We’re not going to air anything with you because you have nothing new to add.” Juanita felt bewildered by Andrea Mitchell’s dismissive attitude.


“Donald Trump using that word unprompted during an interview last night with Fox News’ Sean Hannity, bringing up a discredited and long denied accusation against former President Bill Clinton dating back to 1978 when he was Arkansas attorney general.”


As the Washington Free Beacon pointed out, Mitchell “is correct to say this allegation is ‘long denied,’ but on what basis is she calling it discredited? On the contrary, Broaddrick’s allegation is arguably the most consistent and believable accusation of sexual assault made against Bill Clinton (though not, of course, the only one). For a little perspective here, note that even progressive site Vox says the allegation, ‘has not been definitively refuted.’ Vox also notes that reporter Michael Isikoff’s book contains a reference to a concession by Clinton’s lawyers that he may have had ‘consensual sex’ with Broaddrick.”


Mitchell’s comments on Trump’s “rape” reference came on the heels of a weekend New York Times story on Trump’s treatment of women headlined “Crossing the Line: How Donald Trump Behaved With Women in Private.” Since its publication, the story has been widely condemned – one could even say “discredited” – by the very women quoted by the Times’ reporters, who say their words were shamelessly twisted to fit the newspaper’s pre-ordained story line.


Trump responded to the Times story on “Hannity” by focusing on Bill Clinton’s serial sexual abuse of women.

In “Their Lives,” Jackson documented the failings in the White House’s denial at the time, a statement that read, “Any allegation that the president assaulted Ms. Broaddrick more than 20 years ago is absolutely false.”


Explained Jackson: “No attempt to argue that Clinton wasn’t even in Little Rock on the day in question, or that he had never been alone with her, or even that they hadn’t had sexual relations. The denial was immediately parsed by some on the press and public wary of Clinton’s overly technical, legalistic use of the English language. Broaddrick wasn’t known as ‘Ms. Broaddrick’ in 1978, some noted – at that time she was ‘Mrs. Hickey.'”


And, Jackson added, “She alleged rape, not ‘assault.'”


The case presented some worrying issues to even those like Washington Post columnist Richard Cohen, “no friend of conservatives,” wrote Jakcson.


“Cohen … remained troubled by Juanita Broaddrick’s story. ‘Is it possible the president’s a rapist? Am I supposed not to care?’ Cohen wondered.”


On Thursday, Jackson was specific: “‘Not credible’ was never a label anyone was able to throw at Juanita – not even Clinton loyalists like George Stephanopolous. ‘Discredited’ has NEVER been used against Juanita before, and it is an outrageous lie. Journalists confirmed details such as Juanita’s attendance at the nursing home event in Little Rock and the location of the hotel where she met with Clinton. Friends at the time confirmed that she told them about the assault right after it occurred. The only thing that has ever been used against Juanita is the fact that she did sign an affidavit denying she’d experienced unwanted sexual advances from Bill Clinton in the mid-1990s, in an effort to keep her name out of the Paula Jones lawsuit.


“She admitted to Ken Starr in 1998 that she’d lied in that affidavit (that rape had in fact occurred), and she has told the same consistent version of events ever since. That affidavit existed in 1999 when Juanita first told her story to the WSJ and then on NBC’s ‘Dateline’ with Lisa Myers. That affidavit simply didn’t hold up against the overwhelming evidence of the truth of her story of rape.”


“And lots of other things. And impeachment for lying.”


Trump continued, “You know, he lost his law license, OK? He couldn’t practice law. And you don’t read about this on Clinton.”


Paula Jones charged that Bill Clinton exposed himself to her at a Little Rock, Arkansas, hotel in 1991 and Kathleen Willey accused Clinton of groping her in 1993. Broaddrick, identified as Jane Doe No. 5 during the Paula Jones trial, claimed in 1999 that Clinton had sexually assaulted and raped her in 1978. 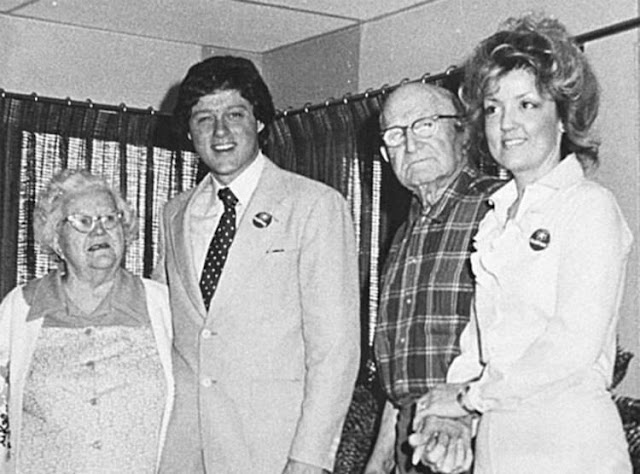 Juanita Broaddrick, right, with residents of her Arkansas retirement home and Bill Clinton in April 1978, the same month she says Clinton raped her


And what about Hillary Clinton, who hopes to become president in a few months?


“About two weeks after the rape, Juanita reluctantly showed up at a Clinton for Governor campaign event that she’d committed to attending prior to being assaulted. She hoped to show up briefly and leave before the Clintons arrived, but instead, Hillary Clinton spotted Juanita and walked directly up to her, grabbed her hand, looked her in the eyes and said deliberately, ‘We want to thank you for everything that you do for Bill.’ Juanita tried to step back but Hillary tightened her grip on Juanita’s hand and repeated, ‘Everything you do for Bill.’ The cold look in Hillary eyes still haunts Juanita. ‘Bill Clinton was charming and personable,’ Juanita says, ‘but Hillary never had that – she’s just cold.’ Juanita understood Hillary’s calculated ‘greeting’ as a threat to keep quiet.”


Broaddrick told Jackson she decided to speak out now because of a campaign-season comment from Hillary Clinton.


“It was all because of Hillary’s tweet in December [2015] where she said we all need to ‘believe the victims of sexual assault.’ How can she be so ignorant? Doesn’t she know we’ll all come forward again? She was saying in that tweet that all of us are liars. Has she lost her mind?” she said.

Bob Unruh joined WND in 2006 after nearly three decades with the Associated Press, as well as several Upper Midwest newspapers, where he covered everything from legislative battles and sports to tornadoes and homicidal survivalists. He is also a photographer whose scenic work has been used commercially.

http://www.wnd.com/2016/05/clinton-rape-accuser-blasts-biased-nbc-anchor/#y3liiOljmYOJLHhE.99
Related Information:
The truth is even worse than you thought.
Discover the explosive secret history of Bill and Hillary Clinton in the new blockbuster book, “Hillary the Other Woman,” available right now from Amazon as an e-book, or as an autographed hardcover from the WND Superstore!
Posted by Frances Rice at 9:59 AM