How Obama shocked and traumatized America 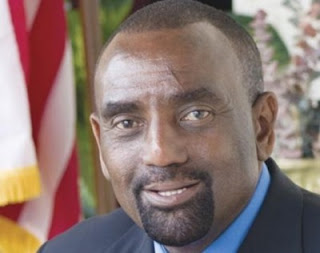 President Barack Obama has been successfully waging a “shock and awe” campaign against the American people for the last seven years.


In the latest tragic manifestation of this campaign, multiple officers have been shot in Baton Rouge, Louisiana, a day after Alton Sterling’s funeral.
Obama had met Wednesday with activists from the Black Lives Matter movement, as well as selected law enforcement officials and community leaders.
The meeting included Black Lives Matter activists DeRay McKesson, Al Sharpton and NAACP President Cornell Brooks – some of the very people responsible for fomenting anger and hate against police across the country.
The meeting took place just days after Obama spoke at a memorial for five slain Dallas police officers who were gunned down by a Black Lives Matter supporter! Obama had the nerve to intertwine the assassination of five officers (and seven others injured) with the deaths of Alton Sterling and Philando Castile.
Obama began his remarks with a conciliatory tone, but after drawing people in, he flipped the script and began criticizing police and white America for the ”growing despair” and “unequal treatment” of blacks.
Obama has created the racial divide and escalated the war against police. He’s given credibility to the despicable Black Lives Matter. He’s reflexively blamed police in the Henry Louis Gates situation (“the Cambridge Police … acted stupidly”), the Trayvon Martin case and the Michael Brown shooting in Ferguson.
Obama has used the White House, the Justice Department, the IRS, Congress and unlawful executive orders to thwart the rule of law and implement his oppressive agenda.
Obama has shocked Americans with his blatant disregard for the truth. And his repeated false allegations of “racism” against white Americans and police is provoking fair-minded, law-abiding Americans to hate him. This is just what he and his father, the Devil, want.
Whites thought electing a black president was going to make things better between the races, but Obama has turned that dream into a nightmare.
Shock is a temptation to hate, and hate is evil. Hate makes one subject to evil and paralyzes people in fear. This hate has rendered people helpless and ineffective in their efforts to stop Obama’s wicked agenda.
Here are a few examples of Obama most shocking deeds:
Obama and Loretta Lynch allowed Hillary Clinton to get away with the email scandal that breached national security and compromised sensitive information.
He’s allowing dangerous Syrian refugees into the U.S. He’s also deliberately creating a disaster on our Southern border by refusing to deport illegal aliens crossing into our country. He implemented the DREAM Act, which Congress didn’t pass; illegally handed out work permits to illegal aliens; and has thumbed his nose when the courts have tried to stop him.
Obama refused to label the San Bernardino terror attack as an Islamic terrorist attack. His administration labeled the Fort Hood, Texas, shooting as “workplace violence” rather than admitting there was a terrorist attack on his watch. He also released five Taliban terrorists in exchange for Army deserter Bowe Bergdahl.
The Obama administration issued a directive mandating states to allow transgender students to use whatever public bathroom they identify with, prompting Republican lawmakers in 11 states to challenge the mandate in court on the grounds that the Obama administration had “conspired to turn workplaces and educational settings across the country into laboratories for a massive social experiment, flouting the democratic process, and running roughshod over common-sense policies protecting children and basic privacy rights.”
Obama’s IRS targeted his political enemies, including Christian groups and especially tea-party groups. Yet, the Obama administration refused to cooperate with the investigation or hold anyone responsible for the unlawful behavior.
Barack Obama lied to the American people to get Obamacare passed. He promised Americans could keep their insurance plans and their doctors, and that Obamacare would save them money. We all know how that turned out.
Americans died at a diplomatic compound in Benghazi because Obama and Hillary Clinton refused to provide additional security and military assets to help Americans repel Islamic terrorists; then they claimed the attack was a response to a video few had even seen.
Salvation begins with self-examination, and my hope is that Americans on the side of good will get to know themselves, and gain a clear understanding of how evil is seducing and controlling them before it’s too late. With salvation comes the courage to speak up and stand against evil.
Despite the political season, the real battle is not political – it’s a battle of good versus evil. If Americans were to truly wake up to this reality, President Barack Obama’s evil power over our nation would collapse in that instant.
Obama is dividing Americans worse than any other person in history.
Jesse Lee Peterson is the most courageous, outspoken critic of the "civil rights" establishment in America today. Raised without his father on a plantation near Tuskegee, Alabama, during the Jim Crow era, Peterson has lived a part of America's history few have experienced. After a spiritual transformation, Peterson founded BOND, a nationally recognized nonprofit organization dedicated to "Rebuilding the Family by Rebuilding the Man." Peterson is also the founder of The BOND Leadership Academy, a private school in Los Angeles. He's a radio talk-show host, speaker and author of "The Antidote." In addition to writing a weekly column for WND, Peterson appears as a media commentator on Fox News Channel, CNN and other national TV and radio networks. For more information, visit www.bondinfo.org  .