Hooray for the Donald and welfare reform: Ben Kinchlow recalls days where 'if you didn't work, you didn't eat' 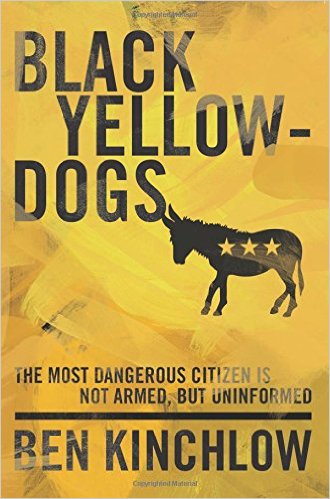 Have you ever wondered what African-Americans want, and why they vote Democratic? Do you know how slavery actually began in America? Ben Kinchlow’s best-selling book “Black Yellowdogs” breaks race and politics down in black and white. Get your copy today!


While watching the news last week and hearing the debate about whether or not to pass a particular kind of health care bill, I remembered something from the “good old days.”
I recall as a child having to go to the doctor for a sports injury, my mother having an operation, and my dad recovering from having been thrown off a bucking horse. Maybe someone can help me out here, but I do not recall the federal, state or local governments stepping in to offset any of the medical bills, or supplementing our income.
That was something for which my parents were responsible, and they solved it by budgeting and working out a “monthly pay plan.” By the way, they both worked because – here is another reality implant – there was no welfare plan. If you didn’t work, you didn’t eat.
As I write this, there is a lot of talk from both sides of the aisle – liberals, conservatives, Republicans, Democrats – about overhauling or replacing Obamacare. There are Republicans versus Republicans, Democrats versus Democrats, and Republicans versus Democrats, and vice versa.
Apparently, the liberal leadership (excuse me, “progressive”), supported by progressive (or is that liberal?) media, has hammered into many Americans, especially minorities, the idea that the country is responsible for their problems.
They have continuously preached the idea that minorities (and now “undocumented aliens”) are owed something from the government – a check, a program, a service – and that anyone who would eliminate these government “benefits”  is probably a “racist” (read “conservative”).
People, in what has now become the welfare-dependent underclass, have lived with these attitudes for so long they really don’t have anything to compare it to. To them, the idea that they can’t make it without government assistance is a given. It doesn’t even occur to most of them to consider the opportunities available to them in the American operating system.
There was a time not too long ago when refugees and immigrants from Asia, Eastern Europe, Latin America and the Caribbean came here and became hard-working people who took the jobs available and many that native-born Americans refused to take.
In some cases, they started their own businesses and are now reaping the benefits of the opportunities that are basically available to every citizen in this country.
I know personally of one family who came here as refugees from Cuba. When they arrived, they had nothing. They took any job they could get. The entire family lived in one or two rooms. They put their kids in school; then later, after saving their money, they started a janitorial business and worked long, hard hours. Today, they are worth over $1 million, own a big house in a nice part of town, and their kids are studying and preparing for business/professional careers.
A little research will indicate there are thousands of stories like this taking place across America regularly. When you hear one of those stories made public, some people wonder, “Well, what about the people who were born here?”
What about them? According to government statistics, almost 36 percent of all the people born here are on welfare. Unfortunately, many of the illegal immigrants arriving today have joined the increasing number of native-born Americans who have become beneficiaries of our “new system” and who have lived here all their lives, yet they do not understand the opportunities available to them!
Although they have gone to American schools, been taught our laws and customs, and know the language, still they end up living in government housing, cashing government checks and wasting their lives watching soap operas all day.
The reason? They have been indoctrinated into the nonsense that America owes them something and that they are entitled to a living without ever having their “dignity demeaned” by an entry-level job at “Mickey D’s.” (Does this word ring a bell: entitlements?)
And, thanks to Washington bureaucrats, it’s getting worse: “Illegal immigrant households receive an average of $5,692 in federal welfare benefits every year, far more than the average native American household, at $4,431, according to a new report on the cost of immigration released Monday.
The Center for Immigration Studies, in an analysis of federal cost figures, found that all immigrant-headed households – legal and illegal – receive an average of $6,241 in welfare, 41 percent more than native households.
What’s being done about it? As I write this, there’s a lot of talk about “overhauling the system” and “the welfare mess.” However, despite all the talk, I have seen very little substantive action.
Nevertheless, now I have hope. President Trump, not a politician, seems be appointing a lot of nonpolitical types to positions of responsibility in D.C – people who have proven that America is still the land of opportunity. Let’s not criticize the billionaires and millionaires he’s bringing into his Cabinet; let’s support them. Apparently, they are doing something right.
Assuming something really can get done and welfare can be effectively overhauled or ended, they have a big job to do.
Just between you and me, I am rooting for him and his appointees.