BIG DADDY GOVERNMENT: SO MUCH FOR JOHNSON'S 'GREAT SOCIETY' I saw a statistic last week about the black community, and it gave me a moment’s pause. At first, I was shocked. But after consideration, I realized it was a natural reaction to something. What was it?


Well, I’ll give you some information and then ask the question again. Let’s see if you come up with the same answer I did.
Suppose you are a young man, about 19 years old, and an old gentleman comes up to you and says: “I’m your rich relative. I have more money than you can count, and I will pay you for every baby you can make by as many different women as you can.”
“Really?!” You ask. “What’s the catch?”
He replies: “No catch. All you have to do is make the babies, and I will support them until they are 18 years of age. My only requirement is that you never live with any of the mothers, and you never contribute a dime of support to any of your children. In fact, if you try and take responsibility, I won’t help you. But, as long as you don’t lift a finger to help your child, I will feed them, clothe them, house them and give them full health care until they are 18.” 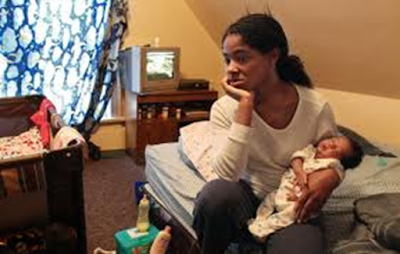 You ask, “How many times can I do that?”
“As often as you want,” he says.
You ask, “How many women?”
“As many as you can,” he responds. “Furthermore, I will give you so much cash assistance, food assistance, medical assistance and housing assistance that you actually will not be able to afford to take an entry-level job and continue to receive your benefits. If for some reason the mothers – your girlfriends – don’t qualify for assistance, or if you, or they, become addicted to drugs and alcohol, I would declare you disabled and give you a check every month to enable your addiction and help you pay for your drugs. However, if you try to get a job or any other additional help, I’ll cut off all your assistance. Now, tell me: How many babies can you make?”

Now you might be thinking: “That’s just plain ridiculous, Ben! No one would make a stupid offer like that!”


Really? Well, these policies are precisely the impetus of financial rewards for teenage pregnancies, illegitimacy and broken families. 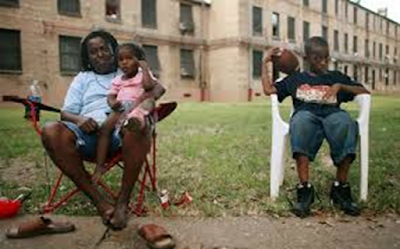 The truth of the matter is, those promises are made to thousands of young men and women every day in this country. The rich relative is Uncle Sam, and the promise is welfare. The results of these policies are a dramatic rise in teenage pregnancies, the illegitimacy rate and single-parent families, never mind the startling breakdown of the classic American family.


How did this happen?! 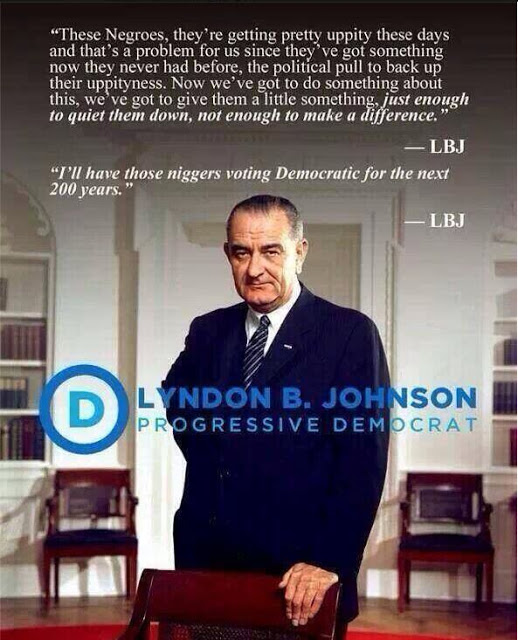 “These Negroes, they’re getting pretty uppity these days, and that’s a problem for us, since they’ve got something now they never had before: the political pull to back up their uppityness. Now we’ve got to do something about this — we’ve got to give them a little something, just enough to quiet them down, not enough to make a difference.” - LBJ


In his 1965 State of the Union speech, President Lyndon B. Johnson launched his so-called “Great Society” – an agenda of welfare state programs that also included Medicare and the Department of Housing and Urban Development. At the time, the divorce rate was only 10 divorces per 1,000 marriages. The illegitimacy rate was only 5 percent on average (2 percent among whites). Only 13 percent of children lived in one-parent households.
A little more than 10 years later, the divorce rate had increased by 130 percent to 23 divorces per thousand; the illegitimacy rate had climbed to 30 percent – 22 percent for whites and 68 percent among blacks.
What about today? Let’s just look at the “African-American” stats.


“Today, the overwhelming majority of black children are raised in single female-headed families. As early as the 1880s, three-quarters of black families were two-parent. In 1925 New York City, 85 percent of black families were two-parent. One study of 19th-century slave families found that in up to three-fourths of the families, all the children had the same mother and father.
“Today’s black illegitimacy rate of nearly 75 percent is also entirely new. In 1940, black illegitimacy stood at 14 percent. It had risen to 25 percent by 1965, when Daniel Patrick Moynihan wrote “The Negro Family: The Case for National Action” and was widely condemned as a racist. By 1980, the black illegitimacy rate had more than doubled, to 56 percent, and it has been growing since. Both during slavery and as late as 1920, a teenage girl raising a child without a man present was rare among blacks. Just FYI, ignored in all discussions is the fact that the poverty rate among black married couples has been in single digits since 1994.”
As I keep saying: What gets rewarded gets done.
Ben Kinchlow is a minister, broadcaster, author and businessman. His latest book is "Black Yellowdogs." He was the long-time co-host of CBN's "The 700 Club" television program and host of the international edition of the show, seen in more than 80 countries. He is the founder of Americans for Israel and the African American Political Awareness Coalition, and the author of several books.