An epidemic of lawlessness 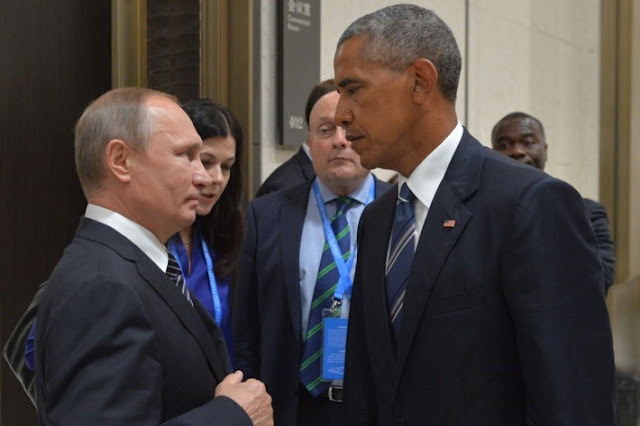 According to a new report, Obama personally confronted Putin about messing with the U.S. presidential election. But he didn’t stop him.Photo: Alexei Druzhinin/AFP/Getty Images
Yesterday’s Washington Post carried the Russia story of the day. Post reporters Greg Miller, Ellen Nakashima and Adam Entous purport to deliver the goods on “Obama’s secret struggle to punish Russia for Putin’s election assault.” It’s a long, long story that is of interest from a variety of perspectives.
The Post purports to give us the inside story on the collection of intelligence on Russian interference in the presidential election and serve up the apologetics explaining the Obama administration’s passive response. Based on highly classified intelligence related to the Post, the CIA discovered Russian interference in the election while it was in process within months of the election in the last year of the Obama administration. According to the CIA intelligence, the interference came on the order of Vladimir Putin and furthered Putin’s desire to aid the election of Donald Trump as president.
The Post dates the critical intelligence “bombshell” obtained by the CIA to August 2016. The Post reports that CIA Director John Brennan deemed it so confidential that he withheld it from the President’s Daily Brief and conveyed it directly in writing to Obama by hand delivery.
The intelligence provided Obama administration officials time to foil Putin’s plans and/or punish Putin’s deeds. Indeed, administration officials concocted plans to punish and deter Russia from interference. The Post reports that “Obama administration secretly debated dozens of options for deterring or punishing Russia, including cyberattacks on Russian infrastructure, the release of CIA-gathered material that might embarrass Putin and sanctions that officials said could ‘crater’ the Russian economy. But in the end, in late December, Obama approved a modest package” (emphasis added). In other words, President Obama declined to take any action while it might still have done some good in 2016.
One might infer from story that President Obama “colluded” with Putin to defeat Hillary Clinton and elect Donald Trump. One might support the inference with Obama’s own comment open mic comment to Dmitri Medvedev that during Obama’s second term he would have more “flexibility” to cooperate with Putin.
To be fair, we might consider the explanation that Obama was just a pusillanimous pussy disinclined to protect the interests of the United States from our enemies. Perhaps Obama’s passivity was overdetermined and other hypothetical explanations apply. Certainly some explanation beyond any offered by the Post’s sources is called for. The possibilities are endless.
By contrast, however, the Post’s reportage offers no evidence of Trump’s “collusion” with the Russian interference intended to assist Trump’s election. Zero. Nada. Not even by inference.
Perhaps evidence of Trump “collusion” with Russia is beyond the scope of the Post’s story. If the Post had obtained such evidence from its numerous sources, however, it would certainly have found a place for it in the story.
So far as I can tell, sophisticated commenters on the story take it at face value and consider it on the terms presented by the Post. See, for example, David French’s NRO column and Tom Rogan’s Examiner column.
The story comes complete with this revelation: “Obama also approved a previously undisclosed covert measure that authorized planting cyber weapons in Russia’s infrastructure, the digital equivalent of bombs that could be detonated if the United States found itself in an escalating exchange with Moscow. The project, which Obama approved in a covert-action finding, was still in its planning stages when Obama left office. It would be up to President Trump to decide whether to use the capability.”
I’m sure Putin is grateful for the heads-up from the Post. You don’t have to be a CIA officer or analyst to figure that out.
Now like much of the Post story, this is a piece of highly classified intelligence whose disclosure violates the oaths of those who gave it to the Post. The violation of a solemn oath by a witness is commonly taken to detract from the credibility of the witness’s testimony. Consider, moreover, that the sources for the story were not under oath when they confided in Greg Miller, Ellen Nakashima and Adam Entous. The intelligent reader would be well within his rights not to believe a word they say.
If we believe it, however, this pertinent fact should be added. The disclosure of highly classified intelligence by government officials also violates the espionage laws of the United States. It is in all likelihood felonious several times over in the case of each of the Post’s numerous anonymous sources.
The Post and its reporters are accomplices to the crimes committed by their sources. They have disseminated highly classified intelligence to the enemies of the United States — as the left has lately discovered Putin and Russia to be.
Taking the story at face value, we can conclude that the Post and its sources have done great damage to the national security of the United States. The Post attributes the leaks on which the story is based to “three dozen current and former U.S. officials in senior positions in government, including at the White House, the State, Defense and Homeland Security departments, and U.S. intelligence services. Most agreed to speak only on the condition of anonymity…” As for the requirement of anonymity imposed by the Post’s sources, see the paragraph above.
Again, taken at face value, the story buries this bombshell. Three dozen current and former U.S. officials in senior government positions have undertaken a campaign of gross lawlessness for their own purposes undermining the national security of the United States beyond anything Vladimir Putin can do.
http://www.powerlineblog.com/archives/2017/06/an-epidemic-of-lawlessness.php?utm_source=feedburner&utm_medium=email&utm_campaign=Feed%3A+powerlineblog%2Flivefeed+%28Power+Line%29
____________________________ 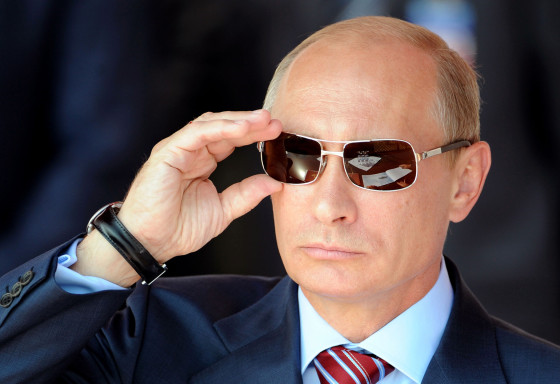 With his heart set on Hillary Clinton becoming the nation’s next president, you would think Obama would have made more of an effort to stop the alleged Russian meddling.
"If Russia was working so hard on the 2016 election, it all took place during the Obama Admin. Why didn’t they stop them?" asked Trump last week on Twitter.
"If he [Obama] had the information, why didn't he do something about it?" said Trump during a recent interview with Fox News. "The CIA gave him information on Russia a long time before they even – before the election. And I hardly see it. It’s an amazing thing,” said Trump.
On October 7th, the Obama Administration announced that the theft and subsequent release of DNC emails was part of a larger campaign “intended to interfere with the US election process" - but it wasn’t until after Trump won the election that the administration started to take the threat seriously.
A detailed timeline of events published last week in the The Washington Post suggests the Obama Administration dragged its feet in order to prevent politicization of the Russia threat during an election that was already rife with scandal. “It is the hardest thing about my entire time in government to defend,” an Obama administration official has ben quoted as saying. “I feel like we sort of choked.”
Even the Dems are frustrated by Obama’s lack of action regarding Russia's “attack” on the election. “It was inadequate. I think they could have done a better job informing the American people of the extent of the attack,” complained Rep. Eric Swalwell (D-CA). “I understand the analysis, but look where we are right now. This was the worst mess our democracy has been in since the Civil War.”
The penalties Obama levied on Russia were “barely a slap on the wrist,” adds Senator John McCain (R-AZ).
President Trump has admitted that it is possible the Russians tried to interfere in the election process, but continues to criticize the Russian collusion investigation as a “witch hunt.”
Author's Note: The "Russia collusion" story is indeed a witch hunt. It is a rumor started by the Democrats to wound Trump's presidential campaign.
But apparently the meddling was an Obama Administration failure. Experts and analysts from both parties have confirmed that the Russian meddling had no effect on votes, but Obama still should have made protecting the election a priority.


Trinity Lutheran Church of Columbia, Missouri, wins First Amendment appeal at the Supreme Court, with a 7-2 majority saying the state may not deny public money to religious institutions competing for grants along with private secular groups. 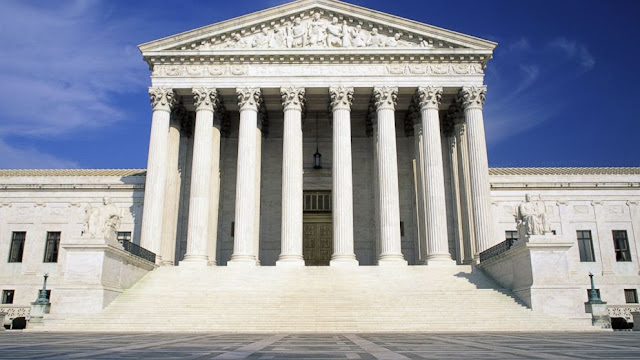