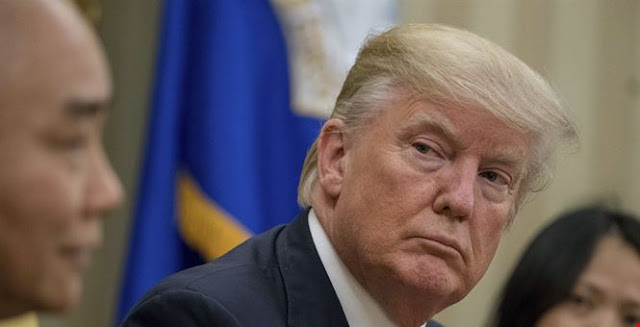 Speaking from the Rose Garden at the White House Thursday afternoon, President Donald Trump officially pulled the United States out of the Paris Climate Agreement.


"In order to fulfill my solemn duty to protect America and its citizens, the United States will withdraw from the Paris Climate Accord," Trump said to applause, adding the U.S. is open to renegotiating another deal. "We will begin negotiations to re-enter either the Paris Accord, or an entirely new agreement."
"I will work to ensure America remains the world’s leader on environmental issues, but under a framework that is fair," he continued. "The agreement is a massive redistribution of United States wealth to other countries."
Bolstering his America first message, the President cited the agreement's burden on American jobs and energy as reason for leaving.
"No responsible leader can put the workers and the people of their country at this debilitating and tremendous disadvantage," Trump said. "Withdrawing is in economic interest and won't matter much to the climate."
"By his action today, President Trump is choosing to put the forgotten men and women of America first," Vice President Mike Pence said.
The President tried to assure critics his administration will work to protect the environment while also protecting the economy.
"We will be environmentally friendly, but we're not going to put our businesses out of work," Trump said.
Before the announcement, the White House told reporters the deal was unfair to American industry and workers while giving China an economic advantage. They also argued the agreement was pushed through by a desperate Obama administration without proper negotiation.
Pulling out of the agreement fulfills President Trump's campaign promise to do so.
"I was elected by voters of Pittsburgh, not Paris. I promised I would exit or renegotiate any deal which fails to serve US interests," Trump said.