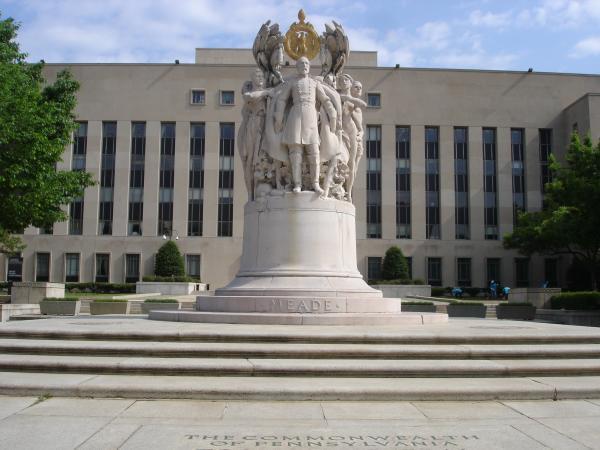 It’s a mysterious court that hides behind a hulking vaulted door and impenetrable concrete walls – and it’s where the federal government makes some of its most secretive decisions concerning Americans’ basic liberties.

If you dare ask where the secret court is located, employees at the E. Barrett Prettyman Federal Courthouse in Washington, D.C. – where the court reportedly relocated in 2009 – won’t tell you.

That’s because the super-secret court is far beyond the reach of any journalist or curious American citizen.

Fortified with biometric hand scanners, wooden and metal doors and walls reinforced by concrete, it’s the room where it all happens: Eleven powerful court judges approve wiretaps, data collection and government requests to monitor suspected terrorists, spies and even American citizens. And they’re given sweeping power under the Foreign Intelligence Surveillance Act, or FISA.

In 2013, Eric Mill – a blogger and alum of the Sunlight Foundation, a nonprofit organization that advocates for government transparency – documented his efforts to learn more about the nation’s most secure and secretive courtroom. 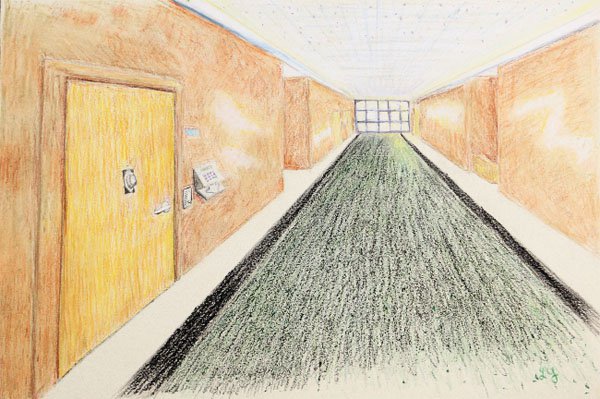 Eric Mill posted this illustration by Lindsay Young on his blog. He says he believes it to be the door of the FISA court inside the E. Barett Prettyman Courthouse in Washington, D.C. (Photo: Konklone.com)

Mill presents images of the mysterious Washington institution through illustrations because, he explained, “One of the first things that happens when you walk into the Prettyman Courthouse is they take away your phone.”

Employees at the courthouse reportedly “laughed at” Mill’s endeavor and referred to the FISA courtroom as the “Room of Requirement.”

They claimed they “had no idea what floor it was even on.”
Still, Mill wandered the long hallways and located what appeared to be a door to the FISA court.

A look inside secret FISA process

Established in 1978 at the height of the Cold War, the clandestine FISA court, known as the U.S. Foreign Intelligence Surveillance Court, is located blocks away from the White House and the Capitol in a bunker-like complex.

The barest of details about the court and its oversight were publicly disclosed until the terrorist attacks of Sept. 11, 2001, when 19 militants associated with al-Qaida carried out suicide attacks, hijacking four planes and flying them into the World Trade Center, the Pentagon and a field in Pennsylvania, triggering major U.S. initiatives to combat terrorism.

The FISA court approves more than 99 percent of the domestic electronic surveillance requests the deep state brings to its vaulted door, according to the Wall Street Journal
…
All of the current judges on the FISA court were selected by Supreme Court Chief Justice John Roberts.

They are appointed without confirmation or oversight by Congress.

The FISA court has long been criticized as judicial body that essentially rubber-stamps warrants for any U.S. intelligence agency seeking to conduct surveillance.

And now that a bombshell GOP memo has alleged abuse of the FISA spying warrant process by the highest echelons of the FBI and the Department of Justice, the revelation is sparking demands to know more about this secret court.

The GOP memo, released earlier this month by the House Permanent Select Committee on Intelligence and the White House, alleges that the FBI obtained a FISA warrant under false pretenses.

To secure a spying warrant on Trump foreign policy adviser Carter Page, former FBI Director James Comey signed off on a FISA spying application presented to the FISA court. The GOP memo states that an unverified dossier was cited as key intelligence in the FISA application.

The dossier was prepared by a former British spy, using anonymous Russian sources, and it was funded by Hillary Clinton’s campaign and the Democratic National Committee.

In essence, it was a political document bankrolled by the target’s political opposition.

The fact that FBI officials cited the unverified dossier to obtain a spying warrant on an American citizen has raised grave concern over just how much scrutiny the court is placing on the Justice Department’s surveillance requests.

‘If you think they won’t come after you …’

“If you think they won’t come after you – I mean, they are trying to take down the president of the United States, how much more do you have to see? Do you think they’re worried about your average American citizen?” Perry asked in an exclusive interview with WND.

The court’s cavalier approach to issuing a surveillance warrant that potentially undermines the legitimacy of the presidential election demonstrates such a severe disrespect for civil liberties that the entire FISA system should be examined, Perry said.

CLICK HERE TO READ THE REST OF THIS ARTICLE.
Posted by Frances Rice at 10:40 AM