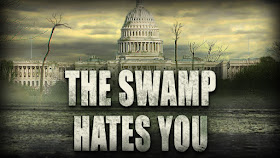 SUMMARY OF THE KEY POINTS FROM THE RUSH LIMBAUGH SHOW

The Russia collusion hoax is dead. It died. It failed. They did not get rid of Trump. Impeachment failed. It’s gone. Every hope, everything that they had developed to get rid of Trump was wrapped up in Russian collusion and the Mueller report. And so it failed.

Therefore they had to move on to something else. Trump is a racist.  That failed. Racism is now not enough by itself. Because it’s been so overused it’s lost the impact. So they started calling all white people white supremacists and white nationalists.  That has failed, too. Now they have to move on to “something else.” Do you know what the “something else” is?

Well, on the 13th of August there was a tweet little noticed from Mara Gay at the New York Times. “In the days and weeks to come,” it begins, “we will publish essays demonstrating that nearly everything that has made America exceptional grew out of slavery.”

Now, as part of this effort, the New York Times has started something called the 1619 Project. The New York Times says that the project “aims to reframe the country’s history, understanding 1619 as our true founding, and placing the consequences of slavery and the contributions of black Americans at the very center of the story.”

That’s the New York Times rewriting the founding of America and rewriting American history. It’s another hoax! The Russia hoax bombed out. The Covington kids hoax bombed out. They’ve tried a number of different hoaxes to get rid of Trump, and they have all blown up, and they are at their wits’ end. They are unable to harness any kind of sanity. I think this hatred of Trump has rendered them poisoned.

They’re going to try to get a new curriculum entered into the public school system for American history designed around their just-discovered opinion that our true founding was in 1619 when the first African slaves arrived in the state of Virginia for sale. That’s their project.

Beware. This is an attempt to reframe American history for the purposes of targeting Trump and his supporters to get rid of him.