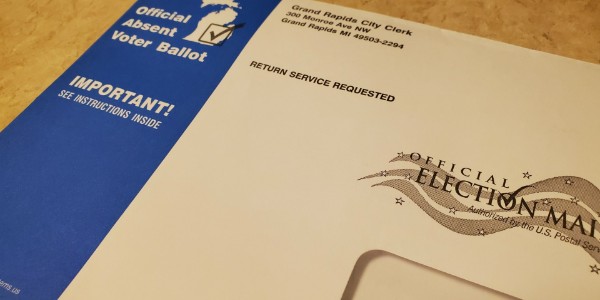 President Trump was ahead on Election Day and therefore should be declared the winner, he insisted in an interview with Fox Business host Lou Dobbs.

Fitton, who recalled testifying before Congress that "this vote-by-mail scheme was going to lead to chaos," argued federal law requires that states "shall select their electors for president and vice president on Tuesday, Election Day, and it hasn't happened."

"No one's been in court to enforce that law," he said. Instead we have the (Trump) campaign, arguing for a better seat to watch the three-card monte game in which they are the mark.

Fitton said that the five or six states counting ballots after the election "necessarily suggests something unproper is going on."

We know he won Wisconsin on Election Day, and Pennsylvania and Georgia and North Carolina. We know."

That result should be protected, he said, but instead it's been changed as a result of counting that goes on past the statutory deadline.

He said that if the courts don't fix it, there are opportunities for Congress to "decide whether or not they are going to bless this process that we're seeing in Pennsylvania, a slow-motion overturning of the lawful election result."

Dobbs asked Fitton if he is hopeful that the U.S. Supreme Court will "have the guts and the principle to act."

The other option, he said, is to redo the presidential election.

"Anything short of that, you know, they're just arguing over legal niceties."

Fitton said the campaign is arguing in court for allowing monitors to observe the vote count, essentially "fighting to watch the fraud take place."

But the problem, he insisted, is the vote count itself, and there is nothing in place to stop it. US Attorney General Bill Barr authorized federal prosecutors to pursue “substantial allegations” of voting irregularities before the 2020 presidential election is certified, per the Associated Press.

“In a memo to U.S. attorneys … Barr wrote that investigations ‘may be conducted if there are clear and apparently-credible allegations of irregularities that, if true, could potentially impact the outcome of a federal election in an individual State.’”

President Trump’s campaign on Monday evening filed a lawsuit in Pennsylvania alleging “creation and implementation of illegal ‘two-tiered’ voting system for the election.”

“Voters in Pennsylvania were held to different standards simply based on how they chose to cast their ballot, and we believe this two-tiered election system resulted in potentially fraudulent votes being counted without proper verification or oversight,” Matt Morgan, Trump’s general counsel said.

There are other allegations of voter fraud in Clark County, Nevada, Milwaukee, Wisconsin and Atlanta, Georgia.

Project Veritas has released videos of USPS whistleblowers in Pennsylvanian and Michigan claiming their supervisors told them to backdate ballots.

Joe Biden came from a 700,000 vote deficit on Election night and with the help of OVER ONE MILLION NEW VOTES overtook President Donald Trump by Friday!

After illegally stuffing the ballot box with harvesting and midnight ballot dumps, Biden leads Trump in Pennsylvania by approximately 40,000 votes. 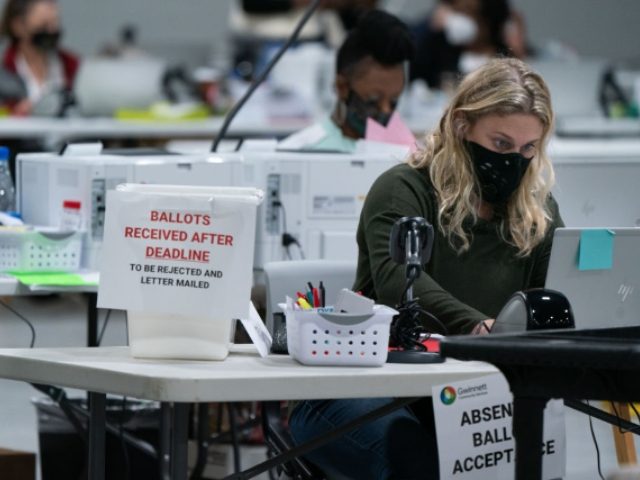 Georgia’s top election official is dispatching a team of investigators after a ballot “issue” was discovered in one of the counties most responsible for giving former Vice President Joe Biden the lead over President Trump.

While Georgia Secretary of State Brad Raffensperger (R) did not reveal the nature of the issue with the ballots, he did announce late Saturday that investigators were headed to State Farm Arena in Fulton County to “secure the vote and protect all legal votes.”

“Fulton County has discovered an issue involving reporting from their work on Friday. Officials are at State Farm Arena to rescan their work from Friday,” Raffensperger said. “The Secretary of State has a monitor onsite, has sent additional investigators, and dispatched the Deputy Secretary of State as well to oversee the process to make sure to thoroughly secure the vote and protect all legal votes. Observers from both political parties are there as well.”

Brendan Keefe, chief investigator at Atlanta’s WXIA, says that the issue “*may* significantly affect the current Biden lead in Georgia.”

Fulton County issued a statement later on Saturday, in which they disclosed that  “some ballots were not captured” in Friday night’s vote and “a smaller number” of ballots were “not scanned.”

“Out of an abundance of caution, all provisional, military, and [Uniformed and Overseas Citizens Absentee Voting Act] ballots scanned on Friday, November 6 will be rescanned tonight,” the statement read. “The upload made last night will be pulled and replaced with tonight’s rescanned file.”

Fulton County Election Director Richard Barron, described the issue as a failure to transfer files to a server, necessitating the rescanning of some ballots. He also said the rescanning process was complete.

“Barron said his team rescanned 342 ballots on Saturday ‘so that we balanced out,’ adding that previously some files did not transfer to a server and some ballots had to be scanned on Saturday. He said he did not know if a software issue or physical was to blame.”

Roughly 7,200 votes separate Biden and Trump in Georgia, a narrow margin which prompted Raffensperger on Friday to declare that the state was headed for a recount. Before the election the fake news media predicted Joe Biden would win by 12-15 points and the Republicans would lose 15 to 20 House seats.

That never happened thanks to President Trump!

McCarthy told Maria Republicans won 28 of 29 of the most competitive US House seats.

Republicans DID NOT LOSE one single House seat!

Also, there are several more House seats where Republican candidates are leading but the states refuse to call these races!

This is the latest proof that Democrats cheated in massive ways to steal the presidency.