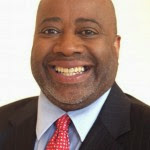 Democrats have been throwing amnesty at illegals, giving away Supreme Court seats to Hispanics (Sotomayor), and making it easy for illegals to take American jobs.

It’s almost as though the Black vote doesn’t exist and doesn’t matter.  It seems as though Democrats are saying why pay attention or pander to Blacks; they know Blacks will always give them their vote and not expect or demand anything in return.

The Hispanic vote is only influential in a few states:  California, New Mexico, or Nevada to name a few. They tend to congregate in large numbers in a small number of states. The Black vote is wide and deep, especially in the South and Northeast.

As they do every two years, the Democrats have their biennial epiphany about the Black vote because they need Blacks to save them at the ballot box come next week.

Before I get into the Democrat’s latest epiphany and what it looks like; let me remind you of what Obama said about Black people in 2012 during an interview with Black Enterprise (BE) magazine.  They asked him about the criticism he had received about ignoring Blacks and Black businesses.  His response was, “I’m not the president of black America. I’m the president of the United States of America.”  In other words, he will not engage in targeted solutions to problems that are unique to the Black community like the double digit unemployment rate (11.6 percent).  He continued by saying, “a rising tide lifts all boats.”

So Obama is saying what’s good for America is good for Blacks and vice versa.

If this is the case, then can someone explain to me why Obama and the Democrats, fearing defeat in the Senate, are suddenly are spending $ 1 million dollars “specifically” targeting Blacks on radio and newspapers?  Why are they not taking the same advertisements they are running in White media and use the same for Black radio and newspapers?

In other words, Democrats will “target” Blacks for purposes of an election; but won’t do the same thing in the area of legislation and public policy. If Obama is “president of all of America,” why is he “targeting” Blacks regarding the upcoming elections?  Won’t people “think” he is Black?  Won’t people “think” he is being partial to Black media?  Of course he is and it’s the smart thing to do.  So, if Obama and Democrats can “target” Blacks for political ads, for political purposes; could they not also “target” Blacks with specific legislation and executive orders to deal with the double digit unemployment rate?  The answer is a resounding yes.  But Obama and Democrats don’t value the Black vote; they only “use” the Black vote.

But yet, this is the same president and party that refuse specific actions for Blacks, while showering homosexuals and illegals with every political favor under the sun; and they are now targeting Black radio and newspapers in the last 30 days of the election because they are desperate.

According to the nonpartisan research group, Center for Responsive Politics, Democrats are expected to spend upwards of $ 1.76 billion for this year’s elections; yet they only allocate $ 1 million for Black media in the last 30 days of the campaign.  You do the math.  This shows how little value they place on the Black vote – until it’s too late.

These ads are being run on radio shows hosted by Tom Joyner, D.L. Hughley, Ricky Smiley, Al Sharpton, and Joe Madison.  There are 24 months in an elections cycle, but Democrats only spend money with these Blacks for 30 days of that cycle.

The question is also where they spend this money. Do they actually think comedians and buffoons can influence the Black vote.  But, then again, how appropriate that the Democrats think that comedians can get Blacks to vote because the past six years have been one big joke played on the Black community.