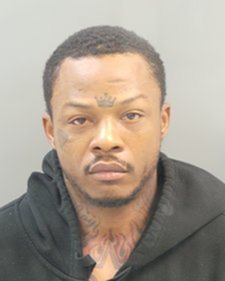 An African-American man in his 30s has been arrested for setting a string of fires at black churches in St. Louis, the St. Louis Post-Dispatch is reporting.

The arsons causes minimal damage, but federal investigators were brought in.

Speculation swirled that the fires were racially-motivated, especially given the proximity to Ferguson, Mo., the St. Louis suburb that was the site of massive protests last year over the police-involved shooting of Michael Brown, an 18-year-old black man.

A white priest at St. Louis’ Christ Church Cathedral asserted that the arsonist had racist motives.

“Holy God, if we ever needed a wake-up call to believe that racism is alive in St. Louis — if this is not it, I don’t know what it could be,” Mike Kinman said, according to CNN.

The group quoted a journalist who covers African-American issues who said that the fires were “both alarming and not surprising.”

“This is alarming because domestic terrorism is alive and well,” David A. Love told the SPLC. “It is such a problem that the U.S. Department of Justice recently predicted increases in violent acts by white extremists who are responding to a new reality in which people of color will become a majority in America.”

The SPLC also quoted Love blaming “a vicious cycle created by rightwing politicians, the NRA and hate groups who stir up anger, fear and resentment over changing demographics and want their country back.”

“Arson and other crimes are a natural outgrowth of that. These groups need a scapegoat, whether African Americans, Latino immigrants, the LGBTQ community or others,” he continued.

For its part, the SPLC did tweet a link to the Post-Dispatch’s article noting that an African-American man is the suspect in the case.