Who is the Texas school shooter? What we know 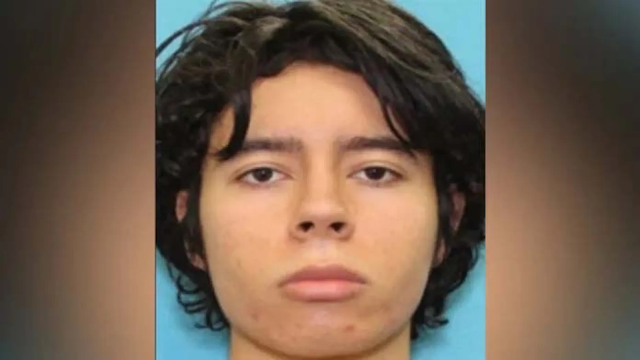 Ramos allegedly posted disturbing images online before the shooting, and apparently messaged a woman about his plans before he carried out the deadly attack.

The same account allegedly sent alarming messages to a woman before the deadly attack. The first message, sent on May 12, asked, "You gonna repost my gun pics?" The woman was tagged in photos showing guns.

The woman continued to message the account allegedly connected to Ramos even though she said she did not know him.

In one message, she described the exchange as "scary." She then continued, "I barely know you and u tag me in a picture with some guns."

The account sent a final message to the woman on Tuesday morning: "Ima air out."

Following the attack, the woman posted that she did not know the alleged shooter and that she does not live in Texas. She said she only corresponded with the account because she was afraid. She then expressed sympathy for the victims and their families.

Tuesday's shooting marked the deadliest shooting at an elementary school since Sandy Hook in 2012, where then 20-year-old Adam Lanza shot and killed 26 people at the Newtown, Connecticut school. 20 of the victims were children aged 6 and 7.

It also occurred 10 days after a mass shooting at a Tops supermarket in Buffalo, New York, claimed 10 lives.