An Open Letter To Republicans & Conservatives 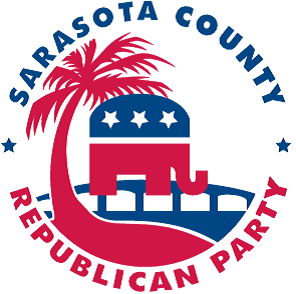 It is distressing to see the disingenuousness of the Democrat Party leadership nationally and in Florida. Stoking the fires of racial division has been a favorite past time for liberals and Democrat for years. But the way they have mainstreamed this divisiveness is setting up the nation for continual backwards movement in race relations.
Alas, and too unknown, this really has been the Democrat Party standard for nearly 200 years. Republicans need to be armed and respond for the good of the country.
As a brief history lesson, the Republican Party was born to represent the anti-slavery sentiments before the Civil War. It was the abolitionist party. The Democrat Party was the slavery party and has fought equitable race relations ever since. Segregation in the South was perpetuated and defended completely by Democrats.
It was a Republican president that sent in the National Guard to enforce integration in Arkansas. It was Republicans who pushed for the Civil Rights legislation of the 1950s and 60s and voted for it in far greater percentages than Democrats. It was Democrats who created affirmative action, quotas and set-asides all based on race.
Republicans have always held the vision that blacks should be just like all other Americans, free to rise and fall on their own efforts, integrated into the great melting pot that has been America — at least until Democrats began Balkanizing it by melatonin and special interests. Democrats want blacks to remember they are blacks and they are being held down by the white man — not the Democrat white man, of course — and that they need help from white Democrats. Forever. Just enough handouts to keep them coming back, but never free.
The great lie is that Democrats are painted as fighting for African-Americans when every program and speech they give serves to keep American blacks down and poor and reliant on the magnanimous hand of government. Detroit, ruled by Democrats for half a century, is probably the best example of this.
It becomes easy to understand why blacks who have escaped the keep-them-down Democrat mentality have come to calling it the “Democrat Plantation.” Democrats make blacks beholden to them and ask for unswerving loyalty in return. But more and more high-profile blacks are seeing the lie and turning to the party of freedom, such as Supreme Court Justice Clarence Thomas; neurosurgeon Dr. Ben Carson; Professor Thomas Sowell; Professor Shelby Steele; Professor Walter Williams; Herman Cain; Dr. Condoleezza Rice and Dr. Ward Connerly, to name a few.
It’s been well pointed out, but it is so factually, blatantly true: If the Democrats and their race hucksters were really interested in young black men, they would be working overtime to diminish the black on black crime that is epidemic in our major cities, and completely re-hauling the utter failure of inner-city schooling.
But they do nothing except push the same, intellectually bankrupt ideas that have fed the crime wave. Basically, they only care if there is a racial component. And black on black doesn’t have one.
With statistics slapping them in the face, the division now has pivoted to eliminating Florida’s Stand Your Ground law. This has one purpose —to keep the racial division whipped up. Because it certainly is not to benefit blacks in Florida as, again, the facts are not aligned with their actions.
Black Floridians have made about a third of the state’s total “Stand Your Ground” claims in homicide cases, a rate nearly double the black percentage of Florida’s population. The majority of those claims have been successful, a success rate that exceeds that for Florida whites, according to a Daily Caller analysis of a database maintained by the Tampa Bay Times. Further, the majority of victims in Florida “Stand Your Ground” cases have been white. Clearly, factually, blacks have benefitted more form the Stand Your Ground law than whites.
So do Democrats really want to help blacks? The facts say “no.” But they do want to continue fanning racial divisiveness.
Republicans offer a clear alternative on this critical issue. It needs to be articulated by all of us.

Thanks for being informed and engaged.
Posted by Frances Rice at 2:16 PM