Where were Hollywood and D.C. truth tellers with Harvey Weinstein and Mark Halperin? 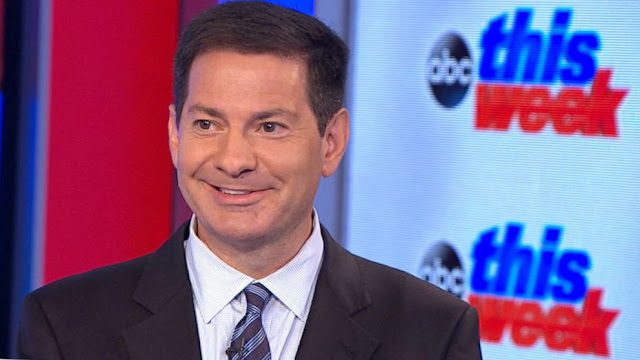 
The D.C. press corps is supposed to speak truth to power. But they have a double standard when it comes to industry scandals.
“Like firefighters who run into a fire, journalists run toward a story,” MSNBC’s Katy Tur told us. Well, unless it’s a story that reflects badly on their profession or their politics. Then they keep it quiet. As with Harvey Weinstein in Hollywood, sexual assault and harassment by journalists can be an “open secret,” but that just means it’s a secret from the rest of us, one they know, but don’t tell.
Maybe it’s too much to blame Hollywood folks for not speaking out sooner.  As Andrew Klavan notes, the career risks were colossal:  “Accusing a powerful person can destroy your career, your bank account, and your life — and may get you nowhere. It might be heroic to try, but we admire heroes because they are extraordinary. Most of us are ordinary. That's what ordinary means.”
And Hollywood isn’t about telling the truth anyway. It’s about peddling fiction.
There’s nobody in Hollywood — most emphatically including the “entertainment press” — who’s there to tell you the truth.
Ah, but the Washington press corps is supposed to be different. They’re constantly telling us that their job is to keep powerful people accountable, to comfort the afflicted and afflict the comfortable, to “speak truth to power.” They suggest that without them, “Democracy Dies in Darkness,” to use The Washington Post’s rather self-important tagline.
But, just like Hollywood, the Washington press corps has its own “open secrets.” One of them, according to numerous recent reports, was that journalist Mark Halperin was a serial sexual harasser/assaulter. Halperin was political director at ABC News for many years until he left in and later joined Tur’s own network, NBC.
Okay, maybe, despite the “first responder” puffery, the truth is that journalists, like most of us, are ordinary people, not heroes. For ABC people, exposing Halperin while he worked at ABC, where he was important (though nothing like as powerful or intimidating a figure as Harvey Weinstein), might have hurt people’s careers. But what about when he left? Couldn’t they talk then?
And what about other media organizations?
As Andrew Kirell and Asawaen Suebsaeng reported in The Daily Beast, it seems that everyone knew: “According to numerous sources at NBC, MSNBC, ABC, and Bloomberg — who previously spoke to The Daily Beast on the condition of anonymity in order to speak freely — the private allegations of Halperin’s sexual misconduct were an open secret, particularly in New York City and D.C. political media, for many years ... ‘Everybody knew [about Mark],’ one prominent cable-news host told The Daily Beast. ‘I’d been warning young women reporters about Mark for a long time.’”
Well, not everyone knew. The public didn’t know. The viewers who saw him opine — often from a position of moral superiority — on Morning Joe and other talking-head shows didn’t know. The “open secret” was open to the insiders, but secret to the public.
And while people who worked for ABC or, later, NBC, might have feared for their careers because their bosses might back Halperin, what of the other media folks who knew about this? Similar behavior on the part of a corporate executive, or a government official, would have drawn plenty of scrutiny.
Heck, even sexually inappropriate language from Republican officials produces outrage from, among others, Mark Halperin, who in response to Senate candidate Todd Akin’s remarks about “legitimate rape,” opined: “As I have said 2x on @morning_joe today, Rep Akin's remarks are outrageous & should be denounced by all. Sexual assault is a serious matter.”
Many journos probably saw this tweet and knew that Halperin was being hypocritical.
But nobody reported that. Not just the people who shared an employer, but other journalists, at other outlets, where one would think a story that made a competing news organization look bad would be rewarded.
But, it seems, membership in the guild of journalists was more important to the press than telling us that Halperin was a hypocrite on sexual assault.
People probably thought — and probably rightly — that a negative report on a member of their own profession would hurt their careers, if for no other reason than that their fellow journalists would resent someone spilling the profession’s open secrets to the public.
Which means that, ultimately, the political press, for all its posturing about fearless truth-telling, in practice acts more like an NFL team with a felonious wide receiver, or a corporation with a handsy CEO: More interested in avoiding bad publicity than in telling us the truth. Democracy dies in darkness, indeed.

Glenn Harlan Reynolds, a University of Tennessee law professor and the author of The New School: How the Information Age Will Save American Education from Itself, is a member of USA TODAY's Board of Contributors. Follow him on Twitter: @instapundit.
https://www.usatoday.com/story/opinion/2017/10/31/harvey-weinstein-and-mark-halperin-victims-needed-media-truth-tellers-glenn-reynolds-column/811285001/
Posted by Frances Rice at 12:00 PM