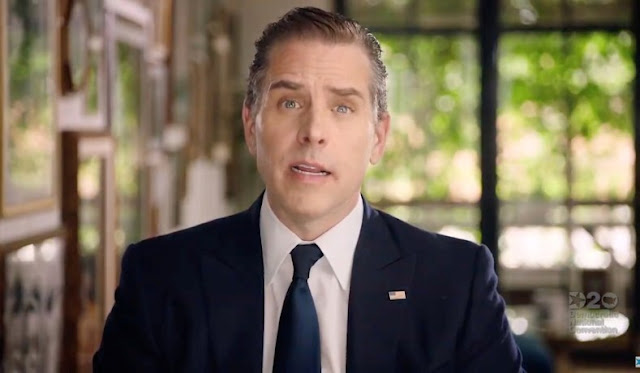 Hunter Biden entered into a consulting contract with China’s largest private energy company that initially earned him $10 million a year “for introductions alone,” according to leaked emails.

In an email chain from Aug. 2, 2017, Biden discussed a deal with the former chairman of CEFC China Energy, Ye Jianming, saying Ye agreed to change the terms of Biden’s three-year consulting contract with CEFC, which initially promised Biden $10 million per-year “for introductions alone,” to make it “much more lasting and more lucrative,” the New York Post reported, although the authenticity of the Biden emails has not been independently confirmed.

The new deal included a 50 percent equity stake in a holding company created by Ye rather than the $10 million in annual cash that had been previously negotiated.

“The chairman changed that deal after we me[t] in MIAMI TO A MUCH MORE LASTING AND LUCRATIVE ARRANGEMENT to create a holding company 50% percent [sic] owned by ME and 50% owned by him,” Biden wrote in one email.

In the same email chain, Biden discussed deals with the CEFC that he said were “interesting to me and my family.”

Another email sent to Biden on May 13, 2017 had the subject line “Expectations” and identified Biden as “Chair / Vice Chair depending on agreement with CEFC.”

CEFC reportedly went bankrupt this year. Ye, who was connected to Chinese military and intelligence, has been missing since 2018, when he was arrested by Chinese authorities.

The leaked emails and other data were found on a MacBook Pro laptop that was dropped off at a Delaware computer repair shop in April of last year, according to the owner of the shop.

The FBI has seized the laptop. The shop owner made a copy of the data, which former New York City Mayor Rudy ­Giuliani provided to the Post.

Biden is also under scrutiny for his lucrative position on the board of the Ukrainian natural gas company Burisma. In leaked emails from 2014, Biden appears to try to leverage his influence with his father, then-vice president Joe Biden, who was heavily involved in U.S. policy on Ukraine, referring to the elder Biden as “my guy.”

“The announcement of my guys [sic] upcoming travels should be characterized as part of our advice and thinking- but what he will say and do is out of our hands,” Hunter Biden wrote in an email dated April 13, 2014.

In one 2015 email, obtained by The Media Action Network, one of Burisma’s top executives, board advisor Vadym Pozharskyi, wrote to Hunter Biden and Biden’s business partner Devon Archer that their “ultimate purpose” was to recruit U.S. policy makers to help “close down” any “cases” or “pursuits” against the company.

The One Question Joe Biden Wasn't Asked Last Night...And It's Not All That Shocking Sleepy Joe Biden had his low energy town hall event with ABC News’ George Stephanopoulos, a former Clinton operative, and to no one’s surprise—he didn’t ask the former vice president about his son, Hunter. Hunter Biden is now back in the news for a couple of reasons. One is that a trove of emails from his MacBook Pro shows that Joe lied about not knowing about his son’s business dealings.

The former VP was introduced to executives of the Ukrainian energy company, Burisma, which had Hunter on its board. Hunter was in that position to allegedly sell access to top Obama officials. So, Hunter Biden’s shady business arrangements were exposed, Joe Biden was also shown to be a liar, and Facebook and Twitter tried to censor this story, which The New York Post scooped, which only drew more attention to it.

The emails came from Hunter’s MacBook Pro, which he left to get fixed at a Delaware repair shop in April of 2019; he forgot to pick it up.

The ABC News town hall event was 90 minutes long. Not a single question about how his son used his name to enrich himself and how the former VP might have known about it and did nothing. I mean, in this scenario, Hunter is bound to give daddy a slice of that Burisma pie when he’s long left office, right? It isn’t shocking, but the overt bias is another level. We know ABC News is biased. We know this question was never going to be asked, but it needs to be called out regardless (via Newsbusters):

On Thursday night, ABC News cowardly refused to engage in even the most basic, adversarial journalism, refusing to ask former Vice President Joe Biden during their 90-minute town hall about his son Hunter Biden’s latest reported acts of corruption.

This in-kind donation to the Biden campaign came a day after Facebook and Twitter committed Orwellian and un-American behavior in enacting widespread censorship of bombshell New York Post reporting about Hunter (and a follow-up), including e-mails from a Burisma executive thanking Hunter for having setup a 2014 meeting with his famous father.

ABC’s town hall featured 11 audience member questions (across nine topics) and 19 comments/questions/queries from chief anchor and former Clinton official George Stephanopoulos, but none touched on a story so revealing that the leftist media and tech racket have falsely deemed it to have been hacked material.

The Democrat-media complex is at work hard, reinforced by their equally powerful minions that run Silicon Valley.