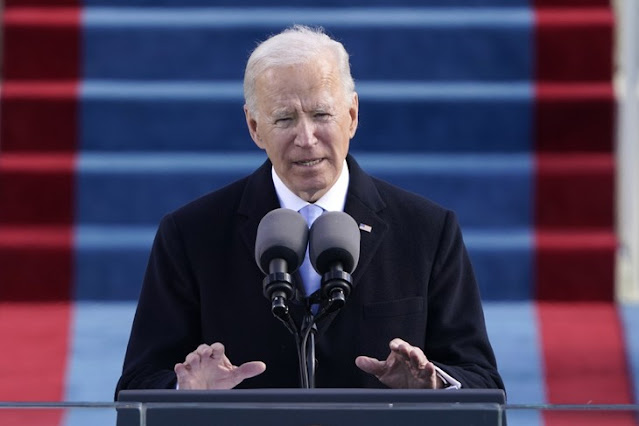 Time published a story that provides absolutely astonishing details and framing of activities that took place around the 2020 election. As readers, you deserve a detailed analysis of this story and the people and organizations involved. The recounting of the story in Time is longer than a chapter in many novels. Time says additional details will be provided in a series of articles over the next several days. This article is an introduction.

The title is provocative enough. “The Secret History of the Shadow Campaign That Saved the 2020 Election.” The story goes on to describe in precise detail a coalition of various powerful special interest groups that united, beginning a year before the election, to ensure Joe Biden would win.

Time begins by describing the trepidation that surrounded the 2020 election after a summer filled with left-wing violence and the concern that more violence would follow the election outcome. The article then quotes President Trump on December 2nd when the chorus calling on him to concede reached a fever pitch, even among his supporters:

To the President, something felt amiss. “It was all very, very strange,” Trump said on Dec. 2. “Within days after the election, we witnessed an orchestrated effort to anoint the winner, even while many key states were still being counted.”

In a way, Trump was right.

There was a conspiracy unfolding behind the scenes, one that both curtailed the protests and coordinated the resistance from CEOs. Both surprises were the result of an informal alliance between left-wing activists and business titans. The pact was formalized in a terse, little-noticed joint statement of the U.S. Chamber of Commerce and AFL-CIO published on Election Day. Both sides would come to see it as a sort of implicit bargain–inspired by the summer’s massive, sometimes destructive racial-justice protests–in which the forces of labor came together with the forces of capital to keep the peace and oppose Trump’s assault on democracy.

This “implicit bargain” is just one part of what the author refers to as “an extraordinary shadow effort.” An effort aimed at what, you ask? Time says it was to preserve a free, fair, credible, and uncorrupted election. Understanding the tactics these groups employed, it would make sense if you felt like you were being told not to believe what you saw with your own eyes for much of November and December:

Their work touched every aspect of the election. They got states to change voting systems and laws and helped secure hundreds of millions in public and private funding. They fended off voter-suppression lawsuits, recruited armies of poll workers and got millions of people to vote by mail for the first time. They successfully pressured social media companies to take a harder line against disinformation and used data-driven strategies to fight viral smears. They executed national public-awareness campaigns that helped Americans understand how the vote count would unfold over days or weeks, preventing Trump’s conspiracy theories and false claims of victory from getting more traction. After Election Day, they monitored every pressure point to ensure that Trump could not overturn the result. “The untold story of the election is the thousands of people of both parties who accomplished the triumph of American democracy at its very foundation,” says Norm Eisen, a prominent lawyer and former Obama Administration official who recruited Republicans and Democrats to the board of the Voter Protection Program.

Then Time tells you how you are supposed to feel after reading the entire story. The bluntness of it, telling readers that they know how it sounds but they must interpret it differently, is gobsmacking arrogance:

That’s why the participants want the secret history of the 2020 election told, even though it sounds like a paranoid fever dream–a well-funded cabal of powerful people, ranging across industries and ideologies, working together behind the scenes to influence perceptions, change rules and laws, steer media coverage and control the flow of information. They were not rigging the election; they were fortifying it. And they believe the public needs to understand the system’s fragility in order to ensure that democracy in America endures.

What is described in the entire story has nothing to do with democracy or the consent of the governed. Instead, it represents a bargain between unions, corporations, activist groups, and the political elite. It is a precursor to the triumvirate of unions, big business, and the government becoming more evident every day. Put another way, the political elite, the very wealthy, the bureaucracy, and those willing to subsidize struck a bargain.

President Franklin D. Roosevelt was the first to attempt a formal version of this type of cooperation. Roosevelt established the National Recovery Administration (NRA) in 1933. Encoded into law, it implemented a series of regulations and codes that benefitted large corporations and labor unions. Companies that complied with codes were allowed to display a blue eagle emblem to confirm their compliance. In 1935 the Supreme Court ruled the NRA unconstitutional.

This time, there will be no such official agency or law establishing a public-private partnership. Instead, it is being coordinated through the “all of government approach” to climate change outlined in one of President Biden’s executive orders, our reentry into the Paris Climate Accords, and Special Envoy for Climate John Kerry’s participation in the Great Reset at the World Economic Forum.

Kerry explains how world governments will provide a framework to address climate change. Kerry says private industry has a historic opportunity to access a global market of four to five billion people in 190 countries, all moving in the same direction on climate through the Paris Accords. He continued:

And the private sector now is really beginning to see this. Bjorn, yours was the stage where the letter from Larry Fink at BlackRock came out and it put squarely in front of a lot of these CEO’s the issue of stakeholder versus shareholder.

BlackRock is a global financial investment company with assets under management of nearly $8 trillion in 2019. If BlackRock were a country, it would have the third-largest economy globally, behind the U.S. and China. The letter from Chairman and CEO Larry Fink explained how BlackRock would begin to consider climate risk in its investment portfolio. It outlined complex reporting requirements around climate change, equity, and social issues that only the largest organizations will be able to produce.

Together, large organizations and the government will push these requirements for government contractors and vendors in private industry. Coca Cola is one example of this phenomenon. They recently issued diversity hiring quotas that their outside counsel must meet or receive 30% less in reimbursement. From the letter sent to their legal firms:

“We will no longer celebrate good intentions or highly unproductive efforts that haven’t and aren’t likely to produce better diverse staffing,” General Counsel Bradley Gayton wrote. “It’s the results that we are demanding and will measure going forward.”

This summary is a 10,000-foot view of the big picture that would incentivize the Time story’s varied interests to cooperate. Labor unions, business titans, and left-wing activists all collaborated to influence 2020 in the direction of the administration that embraces global governance organizations, international treaties, and social justice issues. The reward is power and money, two of the greatest motivators of all, brought in under the guise of saving the planet.