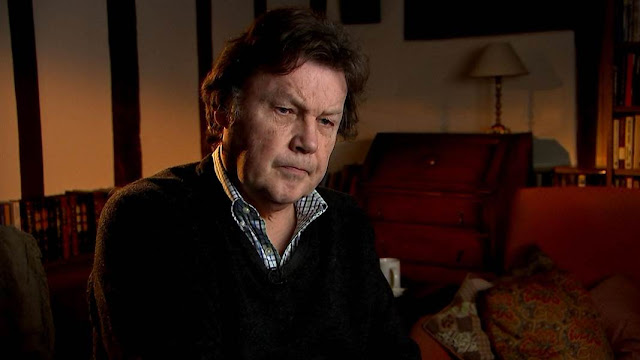 Christopher Steele - Trump Dossier Author
While most in the media continue to focus on a meeting that all parties involved say resulted in no damaging material against Hillary Clinton, there’s little attention being paid to the fact that Hillary’s supporters were able to successfully use a foreign intelligence agent to disseminate false information to the mainstream American press.
The phony information allegedly came from inside the Kremlin and sought to damage then-candidate Donald Trump.
Newly-released British court documents show that Fusion GPS, an “oppo firm” funded by Hillary’s supporters, successfully managed to get a former spy to discuss the phony foreign intelligence with The New York Times, The Washington Post, Yahoo News, The New Yorker, Mother Jones and CNN.
From McClatchy:
“Later, Democrats paid for the same research on Trump’s past and alleged Russian ties.
Fusion GPS contracted with Steele, who had once worked as an undercover spy in Moscow.
The court document lifted a veil on Washington’s inner workings, with Steele laying out how Fusion briefed select reporters on the material for which it and Steele had been paid to gather.
‘The journalists initially briefed at the end of September 2016 by the Second Defendant (Steele) and Fusion at Fusion’s instruction were from the New York Times, the Washington Post, Yahoo News, the New Yorker and CNN,’ Steele’s lawyers said, adding that he “verbally and in person” briefed the first three organizations in mid-October and a reporter from Mother Jones via Skype.”
On the heels of a CNN report refuting Clinton campaign officials’ claims that the DNC never worked with a foreign government to dig up dirt on Donald Trump, we now know that Democrats actually used a foreign agent to disseminate phony information to the American mainstream media that allegedly came from inside the Kremlin.
And hardly anyone is paying any attention to it.
Background
Fusion GPS is an opposition research firm funded by Hillary Clinton supporters in the summer of 2016.
“But congressional sources say it’s actually an opposition-research group for Democrats, and the founders, who are more political activists than journalists, have a pro-Hillary Clinton, anti-Trump agenda. ‘These weren’t mercenaries or hired guns,’ a congressional source familiar with the dossier probe said. ‘These guys had a vested personal and ideological interest in smearing Trump and boosting Hillary’s chances of winning the White House.’
"Fusion GPS was on the payroll of an unidentified Democratic ally of Clinton when it hired a long-retired British spy to dig up dirt on Trump. In 2012, Democrats hired Fusion GPS to uncover dirt on GOP presidential nominee Mitt Romney. And in 2015, Democratic ally Planned Parenthood retained Fusion GPS to investigate pro-life activists protesting the abortion group.
"Moreover, federal records show a key co-founder and partner in the firm was a Hillary Clinton donor and supporter of her presidential campaign.” (Paul Sperry, Sketchy firm behind Trump dossier is stalling investigators,” New York Post, 6/24/17)
Fusion GPS hired foreign intelligence agent Christopher Steele to compile the now-infamous dossier containing unproven allegations against President Trump.
“Fusion GPS, which is based in Washington DC and was established by former Wall Street Journal reporters Glenn Simpson and Peter Fritsch, found itself in the spotlight earlier this year after it emerged it was behind an “oppo research” dossier containing unproven and often salacious allegations about Mr Trump.
"The company had originally been hired by Republican rivals of Mr Trump during the primary campaign. After he secured the party's nomination, the company was instead paid by Democratic financial supporters of Ms Clinton.
"In the summer of 2016, GPS hired former British intelligence agent, Christopher Steele, to help their work.” (Andrew Buncombe, “Russian lawyer who met with Donald Trump Jr linked to investigation group behind salacious Steele Dossier,” The Independent, 7/10/17)
Steele “once worked as an undercover spy in Moscow.”
“Fusion GPS contracted with Steele, who had once worked as an undercover spy in Moscow.” (Kevin G. Hall, “John McCain faces questions in Trump-Russia dossier case,” McClatchy, 7/11/17)
The dossier contains several anonymous sources from inside the Kremlin.
“The dossier quotes from a large number of anonymous sources. It cites ‘a former top level Russian intelligence officer still active inside the Kremlin’, ‘a senior Russian foreign ministry figure’ and “a senior Russian financial official’.” (Luke Harding, “What we know – and what’s true – about the Trump-Russia dossier,” The Guardian, 1/11/17)
Despite denials from multiple DNC and former Clinton campaign officials, a DNC contractor worked with the Ukrainian government “to dig up dirt on Donald Trump and his top aides.”
“Multiple Democratic National Committee officials, former Clinton campaign officials and Democratic sources denied that the Democratic committee or Clinton campaign worked with the government of Ukraine to dig up dirt on Donald Trump and his top aides.
"But multiple Democratic sources said that a DNC contractor, whose work included organizing political events for Ukranian-Americans, did tell DNC operatives that Ukrainian officials would be willing to deliver damaging information on Trump's campaign and, most notably, Paul Manafort, his then-campaign head who has previously advised Viktor Yanukovych, the former Ukrainian President who has close ties to Moscow.” (Dan Merica, “DNC denies working with Ukrainian government, but contractor floated anti-Trump material,” CNN, 7/12/17)
Compiled by the Republican National Committee
Posted by Frances Rice at 9:45 AM