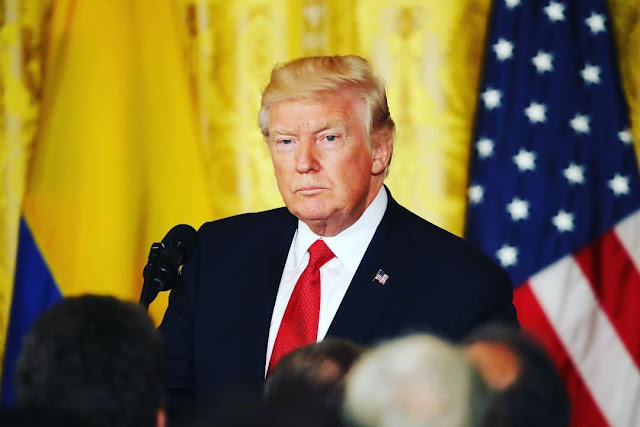 Since January, President Trump has enacted more legislation and signed more executive orders in the first 100 days than any President in the last fifty years.
It's not just about the stats, it's about our President keeping his promises and making good on his word to Make America Great Again!
President Trump is working hard to do what we elected him to do:


Transforming the Department of Veterans Affairs
•        From President Trump’s inauguration to July 3rd, the VA fired over 500 employees, suspended 200, and demoted 33.
•        22 senior leaders were disciplined.


American First Foreign Policy And Military
•        Iraqi forces recaptured Mosul from ISIS.
•        President Trump brokered a ceasefire with Russia and Jordan in southwest Syria.
•        Poland, one of the NATO member countries to meet its defense-spending target of 2 percent of GDP, agreed to buy and deploy the U.S. Patriot missile defense system.


Unlocking American Energy
•        During “Energy Week,” the President hosted an event to highlight unleashing American energy.
•        Unleashed oil and gas development by approving Keystone XL and Dakota Access pipelines.
•        A State Department report estimates the building of Keystone XL alone will create 42,100 jobs, including 3,900 construction jobs, with a total of $2 billion in earnings.
_______________


U.S. Companies Post Profit Growth Not Seen in Six Years
By Theo Francis and Thomas Gryta
America’s largest companies are on pace to post two consecutive quarters of double-digit profit growth for the first time since 2011, helped by years of cost-cutting, a weaker dollar and stronger consumer spending.
Earnings at S&P 500 companies are expected to rise 11% in the second quarter, according to data from Thomson Reuters, following a 15% increase in the first quarter. Close to 60% of the firms in the index have reported second-quarter results so far.
Corporate America’s strong earnings performance comes as several policy initiatives that were expected to help boost companies’ bottom line—corporate-tax cuts and increased government spending on infrastructure—have been sidetracked amid political infighting in Washington, D.C., which culminated with the recent failure of the health-law bill.
Click here to view the rest of this article.
________________________
Key findings of the “White Working Class Voter Project” A new Democrat survey of working-class white voters in key 2018 districts has Democrats panicking.
The voters that carried President Trump to victory in November largely approve of the job he and Congressional Republicans are doing.
·         By a staggering 35-point margin, Republicans are believed to be more likely to “help improve the economy and create jobs” than Democrats
·         Democrats trail on the initial Congressional ballot by 10 points (43% - 33%)
o   Republicans are doing better with those under the age of 60 (45 % - 32%) than those over the age of 60 (42% - 34%)
·         A majority approve of the job President Trump is doing (52% - 44%)
o   Trump’s approval is higher among those under the age of 60 (56% - 40%) than it is with those over the age of 60 (49% - 47%)
o   Trump’s approval is higher in districts surveyed that Hillary Clinton carried (53% - 43%) than ones he carried himself (52% - 45%)
·         A majority also say the Trump Presidency is either going as well as they expected or going better than they expected
·         When asked: “Thinking about Democrats in Congress, what is your greatest concern?” the top 2 answers were “hyperpartisanship/not working with Republicans” and “obstructionist/opposition to Trump”
·         66% of GOP voters approve of the job House Republicans are doing, up from 44% last year
·         These voters’ share of the electorate was stable from 2012 to 2016, but Democrats margin among them got 12 points worse
Top Conclusions From Democrats:
"We suffer from the lack of an identifiable positive agenda. Without it, voters will turn to Trump for progress. With it, we can make significant gains.”
"Our economic deficit is devastating. Voters don’t see special interests as the problem we need to fix.”
You can read the full House Majority PAC-funded survey here.
Complied by the Republican National Committee.
Posted by Frances Rice at 2:21 PM