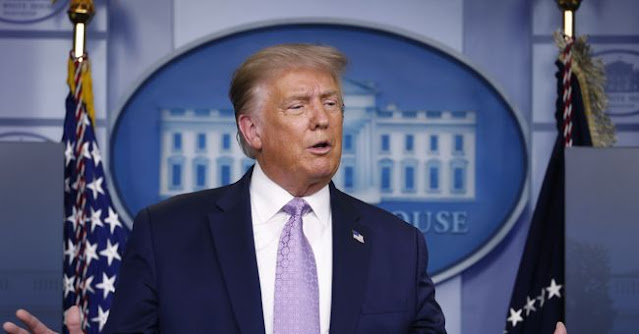 President Donald Trump said he will not concede the presidential election to former Vice President Joe Biden after the media declared Biden the winner while the press is ignoring election fraud allegations and legal challenges in battleground states.

President trump stated the race is “far from over” and promised an intense legal fight.

“The simple fact is this election is far from over. Joe Biden has not been certified as the winner of any states, let alone any of the highly contested states headed for mandatory recounts, or states where our campaign has valid and legitimate legal challenges that could determine the ultimate victor,” the president said in a statement released by his campaign.

“Beginning Monday, our campaign will start prosecuting our case in court to ensure election laws are fully upheld and the rightful winner is seated. The American people are entitled to an honest election: that means counting all legal ballots, and not counting any illegal ballots,” President Trump said.

“This is the only way to ensure the public has full confidence in our election. It remains shocking that the Biden campaign refuses to agree with this basic principle and wants ballots counted even if they are fraudulent, manufactured, or cast by ineligible or deceased voters. Only a party engaged in wrongdoing would unlawfully keep observers out of the count room – and then fight in court to block their access,” Mr Trump added. “So what is Biden hiding? I will not rest until the American People have the honest vote count they deserve and that Democracy demands.”

President Trump accused Mr. Biden of trying to “falsely pose as the winner.”  He also accused Biden and his “media allies” of “trying so hard to help him” because they collectively “don’t want the truth to be exposed.”

THE STORM: America is at a tipping point! 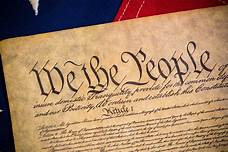 The Times, Places and Manner of holding Elections for Senators and Representatives, shall be prescribed in each State by the Legislature thereof; but the Congress may at any time by Law make or alter such Regulations, except as to the Places of chusing Senators.

I have been reading the many articles, Tweets, Facebook posts, media broadcasts and press releases from both political parties. I asked my Amazon Alexia to show me “articles about voter fraud” it quoted Nevada’s Attorney General saying that there is no voter fraud dismissing the Trump campaign’s lawsuit against Nevada. Try it!  I come away believing that in 2020 America is at a dangerous tipping point.

If this election does anything it will go down in history as the most contentious and disputed of any in my lifetime.

The reason for this is that one political party is willing to win at all costs using every means available including voter fraud. The other political party is trying to save our time honored tradition of one person one legal vote. It comes down to this simple idea that only legal votes should be applied when electing anyone to office in America, from the President of these United States to the local school board member.

We are seeing on a daily basis the dismantling of our election system by the election system in particular states like Wisconsin, Pennsylvania, Nevada, Arizona, California.

We are seeing our election system dismantled by our news media.

We are seeing half of Americans so enraged that they don’t care if our election system is destroyed and replaced by a system of un-free and un-fair elections.

We are living in times where those who count the ballots, not those who vote, are determining who wins an election.

Finally, we are seeing the sovereignty of the individual, a bedrock of Western civilization, being dismantled at the ballot box.

We are seeing a great storm over Lady Liberty. A storm that will do one of two things:

1.   Expose and condemn the loss of our free and fair election system or…

2.   Embrace and condone an un-fair election system that takes away our individual right to choose our elected leaders, at every level.

The possibility that the Democrats could get away with this grand theft and install Joe Biden’s handlers in the Oval Office reminds me of an old joke: a man dies and goes to hell. Satan greets him at the gates and says, “You know, we get such bad media coverage. Hell really isn’t as bad as you’ve probably heard. In fact, you get to choose the eternal torment you prefer.” The miscreant was taken aback, and said, “All right, show me what you’ve got.” Satan showed him a room in which people were being tortured in fire, and another where they were encased in ice, and a third where they were sitting at tables drinking coffee and chatting pleasantly, although knee-deep in excrement. “This room doesn’t seem as bad as the others,” the man tells Satan. “I’ll take this room.” But as soon as the man enters, sits down, and orders his coffee, he hears: “Coffee break’s over. Back on your heads.”

Once Americans go over this tipping point it will be a long time before we get our freedoms back.

A government-mandated hell will fall upon all of us. History tells us so.