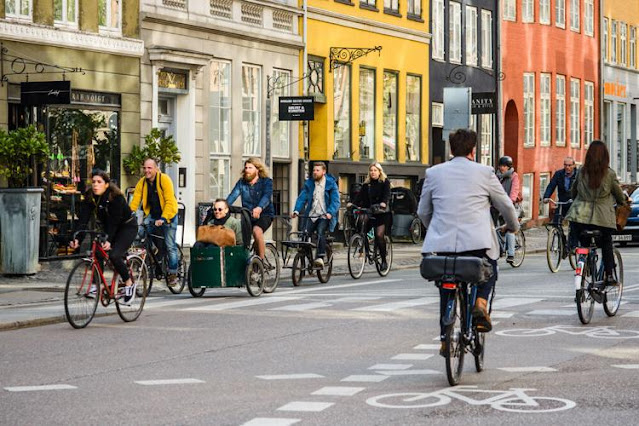 The function of socialism is to raise suffering to a higher level.”

Socialism always fails because its flawed concept of socioeconomic parity never works when the government replaces free markets. Since government does not produce anything, when it controls everything, materials for human survival cease to exist. Primitive necessities are provided by labor controlled by government. They are rationed since there is no capital investment. With the absence of free markets, the supply chain for goods and services crumbles into disrepair and socialism fails.

When millennials discovered the fantasy world of Bernie Sanders during his first failed presidential bid, thousands of progressive activists supported his fantasies to turn the U.S. into a Nordic welfare state. An out of touch Sanders explained, “I think we should look to Denmark, Sweden and Norway, and learn from what they have accomplished for their people and do exactly the same thing here.”

Although Sanders’ presidency failed to materialize, the idea of socialism replacing capitalism was adopted by liberals around the U.S. And it is now a key part of the Democrat’s ideology.

Throughout the 2016 campaign, Democrats echoed the sentiments of Sanders and his dreams to make America more like Scandinavian countries. They praised socialism and promised to clone America into another Denmark, Sweden, Finland, or Norway. And a number of candidates that ran as socialists were elected because of their pledges to replace American capitalism with socialism.

In 2011, Bill Clinton said Finland and Sweden offered greater opportunities for individuals to climb the social ladder than the U.S. does. In 2010, Barack Obama gathered leaders from Nordic countries in Washington to find out how to correct our economic disparities. Since they have less income inequality, socialized medicine and generous welfare programs, he wanted to do that here.

“I believe that when you spread the wealth around, it is good for everybody.”

On the surface, it’s not difficult to conceive why gullible common core educated millennials have a morbid attraction toward Nordic-style socialism. These countries have a uniquely good standard of living, a low rate of poverty with more narrow income disparities than the U.S. But there is a glowing fact that American socialists fail to mention. The economic and social success of Nordic countries pre-dates the progressive welfare-state policies and it relies totally on the redistribution of wealth!

After hearing so much about his nation labeled as socialist by Democrats, Danish Prime Minister Lars Løkke Rasmussen asked to speak at a lecture on Nordic governments at Harvard University. He stated he had “no wish to interfere with U.S. politics” but had great concerns that the Democrats were claiming Denmark was a socialist nation. He retorted, “I want to make it clear: Denmark is not a socialist country! Denmark is a market economy and our nation relies on capitalism to succeed.”

He added: “The Nordic model is an expanded welfare state which provides a high level of security. But it is also a successful market economy with great freedom to pursue your dreams and live your life as you wish. Our top income tax is 60%. We have a 25% sales tax including cars, and our vat taxes are 180%. In total, Danish taxes are almost half of our national income compared to around only the 25% in the U.S. Our substantially higher tax rate is how we finance our welfare system.”

The left campaigns about the Nordic countries’ successful socialized medicine, support systems, welfare system, unemployment pay outs, and government benefits. But it fails to mention they are financed by the largest tax rates in the world. This is not socialism; it is redistribution of wealth!

“Facts are seldom allowed to contaminate the beautiful vision of the left.”

America will never be able to emulate the Nordic-model simply because our culture is a melting pot from people around the world. The economic and social success of the Nordic countries came to fruition when they adopted free-market capitalism. And the success in these nations is due to a culture that emphasizes social cohesion, hard work and strict individual responsibility, not welfare.

What the left has failed to mention is the Nordic countries’ high levels of income equality evolved with the introduction of capitalist competition. Swedish economist Jesper Roine explains that “most of Sweden’s decrease in income inequality took place long before the expansion of their welfare state.” Noted economist Anthony Barnes reached a similar conclusion for Denmark and Norway.

The left fails to mention Nordic Americans are more successful than many Americans. They have higher high school and college graduation rates and a lower unemployment rate. And few are living in poverty. On the other hand, Americans that migrate to Nordic countries fare worse than Nordics do here. They have high unemployment, less education and depend more on government support.

While Nordic socialism is the rage among Democrats, liberal professors, and journalists, it is losing its appeal in Nordic countries. As these socialists look at other free market capitalist nations, their systems of education, health care, support systems and low taxes, they are moving away from socialism. Only Sweden is run by social democrats; but they enjoy the least support in history. The other four Nordic countries have moved to the center-right with more conservative governments.

In Matthew 7:15-20, we learned “Beware of false prophets.” The left is promising free everything like the Nordic countries. Yet they are speaking with a forked tongue! They are not just telling half-truths, but lies. Milton Freeman said, “There is no such thing as a free ride.” Nordic countries don’t get a free ride, so why does the left think we are stupid enough to think we can get one? They are stupid thinking we are willing to pay triple taxes for inferior socialized everything, they claim is free?

America is electing socialists out of fear this will stop the violence. But socialists rely on identity groups to get elected and rely on them to stay in power by controlling the masses. Without fear, servitude, and oppression, socialism will fail. The only way to destroy the evils of socialism is to eliminate what it feeds upon.