Americans Await Evacuation As Biden Takes A Knee To Taliban 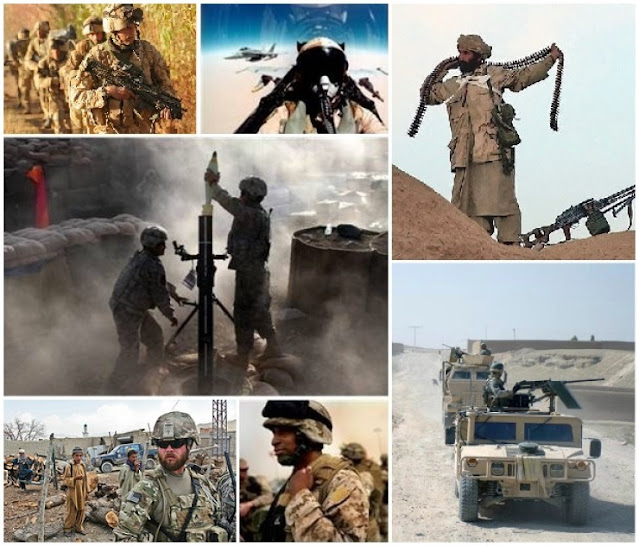 When President Joe Biden met with this year’s WNBA champions Seattle Storm in the White House on Monday, he took a symbolic knee, apparently to show he’s Woke. No surprise. He just took a knee before the Taliban, too, after the terrorist group’s humiliating rejection of his request for an “extension” on his Aug. 31 deadline for evacuating Afghanistan.

Biden’s plans, if you can call them that, to get Americans out of Afghanistan have been an epic disaster. It’s almost impossible to exaggerate the incompetence and duplicity of Biden and his administration.

Biden rejected extending the deadline, citing the “increased risk” of terrorism as a reason for doing so. The fact is, he really had no choice, after the Taliban rejected the U.S. plea, calling the Aug. 31 deadline for withdrawal a “red line.” The U.S. president did what the Taliban told him to do.

That rejection, by the way, came after Biden sent CIA Director William Burns to Kabul for emergency talks with Taliban leader Abdul Ghani Baradar. Baradar sent Burns packing with nothing for his efforts, another humiliation.

“If the U.S. or U.K. were to seek additional time to continue evacuations, the answer is no,” said Taliban official Suhail Shaheen. “Or there would be consequences.”

Adding insult to injury, Biden told our allies that the U.S. “won’t be able to get everyone out of Afghanistan,” according to Bloomberg. Meanwhile, twisting the knife, the Taliban demanded that the U.S. take only Americans, not Afghans, with them.

Late in the day, facing a barrage of criticism from all quarters, Biden appeared to abruptly change tack, calling for “contingency plans” for lengthening the withdrawal, whatever that means.

It’s almost impossible to exaggerate the incompetence and duplicity of the Biden administration, which in a brief two-week period has managed to alienate and weaken our major allies while emboldening and empowering our foes, in particular Russia, China, Iran and the myriad Islamist terrorist groups across the Mideast and South Asia.

And things are about to get even uglier in Afghanistan, if that’s possible.

The good news is that, as of Monday, the U.S. had already helped evacuate 37,000 people from Afghanistan, according to a leaked ambassadorial communication. The bad news: Only 4,000 Americans were among those evacuated.

The U.S., despite having the biggest airlift capacity on Earth, has had to rely on private carriers to evacuate the country, at the same time doing little to get stranded American citizens into the airport, say some.

“The South Africans, the Brits, the Qataris, their ambassadors have been getting safe passage for people to the airport,” said former congressman and one-time Navy SEAL Scott Taylor, who is working with others to privately evacuate people from Kabul.

Taylor, in remarks to the Daily Caller, called the U.S. refusal to aid private groups such as his “frustrating” and, in even blunter terms, a “massive f*#k up.”

There remain 15,000 more Americans and at least 50,000 Afghans to be evacuated, according to recent U.S. estimates. But even the Biden administration admits it doesn’t know how many Americans are even there.

From initial assurances that all would be rescued to Biden’s more recent comment that the U.S. “won’t be able to get everyone out,” it now looks as if a nightmare scenario is unfolding.

It includes possible mass hostage-taking or imprisonment of Americans as “spies,” with abuse, torture and possibly even executions for some. We’ve been here before. Remember the 444 days in Iran from 1979 to 1981, under the Ayatollah Khomeini? The Taliban is even worse. And it’s terrifying to think what it’ll do to those Afghans who helped us these past two decades.

In addition to gifting the now-national Taliban army with billions of dollars in spanking-new U.S. rifles, missile launchers, aircraft and even uniforms, we have now created the potential for “Largest Hostage Crisis in American History,” as Commentary online called it.

Begging terrorists for help is a huge mistake for a superpower. Our willful weakness makes the world a far more unstable and dangerous place than it already is.

Do the Democrats in Congress care? It doesn’t seem so. They’ve been moving forward on other things, even as they criticize and distance themselves from the increasingly isolated, politically damaged and mentally failing Biden. His public approval in nearly every poll has collapsed, and Democrats fear the taint of his failure going into 2022.

While the rest of us worry about the utter implosion of U.S. foreign policy, the loss of our prestige and power around the world, and the tragedy of the Afghan people and Americans trapped in Kabul, Democrats in Congress have had their eyes on the real prize.

With little fanfare, they just announced a $3.5 trillion spending bill that if passed into law will put Americans further in hock for decades to come, raise taxes, kill thousands of small businesses, add to already soaring inflation and give government unprecedented control over all aspects of American life.

“Never let a good crisis go to waste,” as the Democrats like to say.

Whether they now try to remove political liability Biden via the 25th Amendment, making Kamala Harris president, or wait and take their chances in the 2022 midterms, remains to be seen.

But Biden’s total lack of competence can no longer be doubted. He’s failed to push back against the murderous Taliban, set up the possible re-establishment of both al-Qaida and ISIS in Afghan territory, and in effect asked for a mass hostage crisis. Such ineptitude isn’t mere bureaucratic failure; it’s deadly.