Diversity is not new to America

BY MICHAEL BARONE | The Washington Examiner 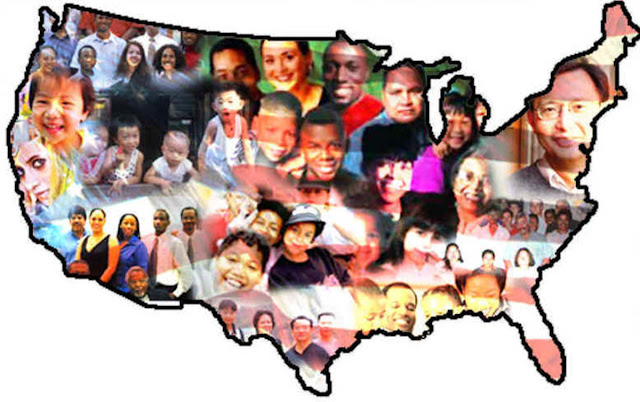 “You all share the American belief that there is strength in all our differences,” Vice President Al Gore told the Institute of World Affairs in Milwaukee in January 1994. “We can build a collective civic space large enough for all our separate identities, that we can be e pluribus unum — out of one, many.”

Gore, of course, was mistranslating the Latin motto for the Great Seal of the United States adopted by Congress in 1782. But he was reflecting an idea more common today than when he spoke, that the U.S. has been becoming diverse for the first time, that a monocultural America has become multicultural.

That idea, to put it bluntly, is just plain wrong. In his 1988 book Albion’s Seed, historian David Hackett Fischer has explained in vivid detail how emigrants from different parts of the British Isles brought distinct folkways to the different North American colonies.

Fischer’s book would not have surprised the Founding Fathers. When George Washington took command of the Continental Army in 1775, he immediately noted the differences in attitudes and behavior between New England Yankees and his fellow Virginians. In Federalist No. 60, written in 1788, Alexander Hamilton wrote of the “diversity in the state of property, in the genius, manners, and habits of the people of the different parts of the Union.”

The founders lived when memory was fresh of how religious wars wore apart much of Europe and the British Isles. They knew that Massachusetts was founded by Calvinists, Virginia by Anglicans, Maryland by Catholics, and Pennsylvania by Quakers. The Articles of Confederation they drew up to govern their revolution against Britain purposely gave the states maximum autonomy.

The framers of the Constitution aimed to create a more powerful federal government, but with limited powers. “No religious test shall ever be required as a Qualification to any Office or public Trust under the United States,” they wrote in Article VI, fully aware of religious tests in Britain and Europe.

“Congress shall make no law regarding an Establishment of religion,” they wrote in the first words of the First Amendment. There would be no state religion in a nation of greater religious diversity than any in Europe. States could choose to abolish established churches, as Virginia did at the urging of Thomas Jefferson and James Madison in 1786, or to maintain them, as New Hampshire did until 1817, Connecticut until 1818, and Massachusetts until 1833.

American ethnic diversity, already apparent in the Hudson Valley Dutch and Pennsylvania Germans, increased in the early 19th century. “Irish and German immigrants fleeing the potato famines of western Europe in the 1840s poured into the Northern states in numbers so enormous” — three times as many proportionate to the preexisting population as in this century — “that a panic arose in Yankee America,” writes historian Robert Kelley, But immigrants were allowed in unless sickly or unable to support themselves.

A second huge surge of immigration, mostly from Eastern and Southern Europe, came in the generation before World War I and provided labor for booming garment factories and steel mills, and sharp upward mobility over the next generations. This immigration was largely shut down by 1920s legislation, but a third wave, mostly from Latin America and Asia, began in the 1970s, cresting in the 2007-09 recession and continuing in lower numbers today.

And, of course, America since colonial days has been racially diverse. Slavery, abolished in Northern states between 1780 and 1804, expanded with the cotton boom in the South, and arguments over the expansion of slavery led to civil war in 1861. Reconstruction — attempts to guarantee equal rights after the war — ended in 1877, and the North allowed Southern whites to impose racial segregation until the civil rights laws and court decisions of the 1950s and 1960s.

The universal media of the 20th century — radio, movies, television — with appeal to just about everybody, created an image of Americanness that still rings true and that in time included ethnic and racial minorities. It presented an image of cultural uniformity that seems to have convinced older baby boomers, such as Al Gore, that America had always been monocultural.

They were on better ground in protesting that America has not always been perfect in its toleration of diversity. Today, much intolerance comes from the political Left, with its university speech codes and insistence on political correctness. But they are working against a rich American tradition of tolerating and appreciating diversity, a tradition that goes back to our beginnings as a nation and that has been strengthened again and again over the years.