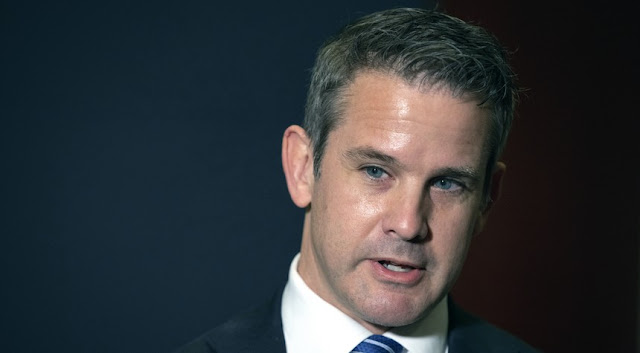 Late on Friday night, the presidency of Joe Biden hung in the balance as House Speaker Nancy Pelosi brought the $1.2 trillion Bipartisan Infrastructure Framework (BIF) to the floor for a vote.

The issue was in doubt. While the Progressive Caucus agreed to vote for the measure, their assent was based on a deal Pelosi reached with more moderate Democrats in the House. The moderates would vote no later than November 15 on Biden’s other massive spending measure—a $1.75 trillion social spending bill.

But the deal failed to convince the radical “Squad” members to vote for the BIF. Reps. Ilhan Omar, Cori Bush, Jamaal Bowman, Rashida Tlaib, Alexandria Ocasio-Cortez and Ayanna Pressley were perfectly willing to torpedo Biden’s agenda then and there and make him a one-term president.

But Pelosi, the Democratic Party, and Joe Biden were rescued by 13 Republican House members who wanted some pork to show the folks back home that it wasn’t all fun and games in Washington and that Congress actually did some work every once in a while.

The federal government already spends more than enough on infrastructure to meet our needs and the COVID-19 bailout money left many states awash in cash. Despite promises, only a small portion of the bill focuses on traditional infrastructure such as fixing roads and bridges and the legislation (soon to be law) will add $256 billion to deficits. It will also help grease the wheels for the passage of the larger multi-trillion welfare bill that will expand Medicare and Obamacare, initiate a federal takeover of preschool and child care, and impose economically devastating tax increases on individuals and businesses.

Politically, it’s unclear what Republicans are thinking. Biden entered this week reeling from a devastating rebuke of his presidency by voters in areas of the country thought to be reliably Democratic. He headed into the 2022 election year a wounded animal, and Republicans stood to make major gains. Now, they tossed him a life raft and allowed him to put bipartisan gloss on his radical agenda.

Here are the names of the 13 Republicans who voted with Pelosi and Biden:

Many of those Republicans are retiring. But does that give them leave to undermine their party just three days after a surprising tremendous victory at the polls repudiated Joe Biden and the Democrats, and their massive spending plans?

Now Biden will be able to appear as both Santa Claus and Mr. Bipartisanship. That’s a pretty good look going into 2024.