Winners And Losers From First Release Of 2020 Census Data 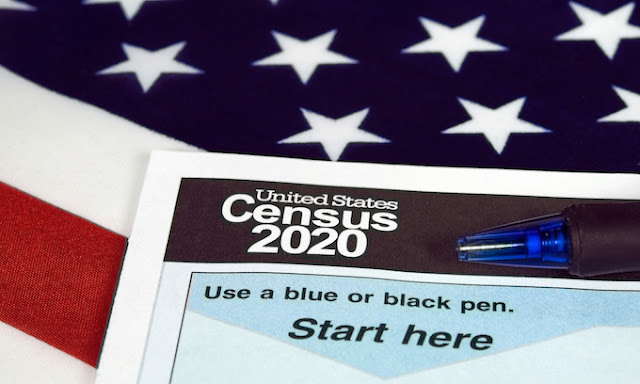 More than a year since the 2020 census began in a remote Alaska village, the first numbers to emerge from the nation’s once-a-decade head count were released on Monday, showing how many congressional seats and Electoral College votes each state is getting based on its population.

Because the number of seats in the House of Representatives is set at 435, it’s a zero-sum game with one state’s gain resulting in another state’s loss — like a pie with uneven slices. As one state gets a larger slice because of population gains, that means a smaller slice for a state that lost population or didn’t grow as much.

Here’s a look at the 13 states that will gain or lose political power — and federal money — through the apportionment process because of changes in population over the past decade:

TEXAS — The Longhorn State is the big winner, adding two congressional seats courtesy of 4 million new residents. Demographers say people moving from other states like California have contributed a significant chunk of the growth. The nation’s second most populous state will now have 38 congressional representatives, behind only California.

FLORIDA — The nation’s third most populous state adds one congressional seat because of a population gain of more than 2.7 million. This boosts its House delegation to 28 and Electoral College votes to 30, furthering the Sunshine State’s importance in presidential elections.

COLORADO — Population growth around Denver helped Colorado gain an extra seat, its first new House seat in 20 years. The mostly college-educated transplants have helped Colorado go from being a solidly Republican state to a competitive swing state to, now, a solidly Democratic one — though the state’s districts will be drawn by a nonpartisan commission.

MONTANA — By gaining a congressional seat, Montana goes from having a single House representative to having two. The gain marks a rebound for Montana, which had two congressional seats for most of the 20th century but lost one after the 1990 census.

NORTH CAROLINA — Fueled by retirees and job seekers, North Carolina’s population boom is earning it an extra seat, raising its House count to 14. The gains have been concentrated in the Charlotte and Raleigh areas.

OREGON — Oregon is getting a new congressional seat for the first time in 40 years, going from five House members to six. Although Democrats control state government, they have agreed to give up their advantage in redrawing the state’s political districts for the next 10 years in exchange for a commitment from Republicans to stop blocking bills.

CALIFORNIA — While California is still the nation’s most populous state, its stagnant growth over the past decade causes it to lose a single seat for the first time in 170 years of statehood. Its number of House members goes from 53 to 52 for a state that has been a symbol of limitless growth and endless possibilities since the Gold Rush of the 1800s.

MICHIGAN — The number of House members representing Michigan drops from 14 to 13, particularly because of population losses in the Upper Peninsula.

NEW YORK — There was no question New York was going to lose a congressional seat, but the suspense lay in whether it would be one or two seats. The Census Bureau says New York lost its seat by a mere 89 people. The loss of one seat reduces its House delegation from 27 to 26 members.

OHIO — Sluggish population growth over the past decade causes Ohio to lose a single congressional seat, continuing its streak of losses every decade since 1960. The adjustment reduces the Buckeye State’s House seats from 16 to 15.

PENNSYLVANIA — Although Pennsylvania remains an important presidential battleground, its influence will be diminished by the loss of one Electoral College vote. Its House delegation drops from 18 to 17 members.

WEST VIRGINIA — A decadeslong exodus of residents finally causes West Virginia to lose a congressional seat, reducing its representation in the House from three to two members.