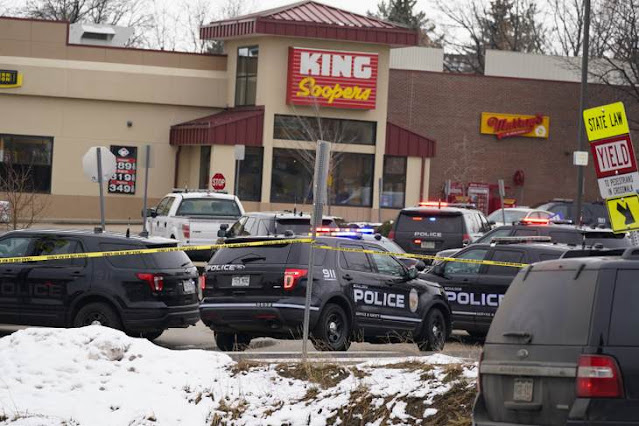 In the wake of the Monday night shooting at a grocery store in Colorado, the woke left immediately took to social media to proclaim the shooter as a “white man” and no doubt a “white supremacist.”

Had they just waited to for the facts to come out, they would have learned that the shooting did not fit their preferred narrative, as the shooter has been identified as 21-year-old Ahmad Al Aliwi Alissa, a Muslim.

Now, so many have egg on their faces.

The left’s narrative that the shooting was committed by a white man because of “white supremacy” was destroyed the moment the shooter was identified. Without a compelling anti-white narrative, one can’t help but wonder how much use the left will have for this story… except, of course, for the usual calls for gun control.

Perhaps the worst thing about this is the way these woke liberals saw a tragedy and immediately felt the need to craft a politically convenient narrative. Real lives were lost, and they couldn’t even stop hating on white people by default.

Boulder Shooter is A Product of the Left 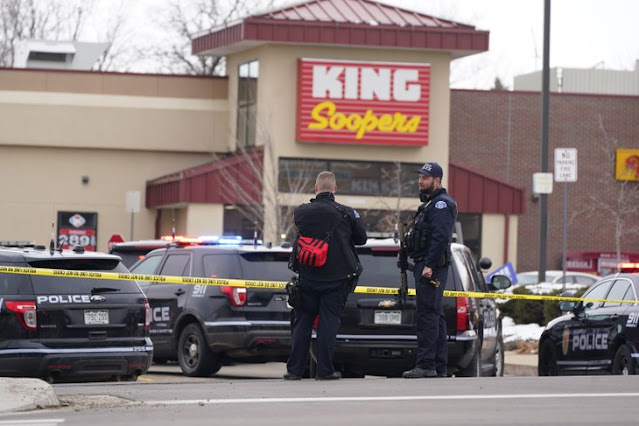 The man who murdered ten people in a Boulder, Colorado supermarket Monday has been identified as a Muslim migrant ISIS sympathizer named Ahmad Al Issa (which is how he himself wrote his name on his Facebook and Twitter accounts, not “Alissa” as the establishment media has been spelling it). This identification immediately destroyed the narrative that leftist “journalists” ran with all of Monday evening and Tuesday morning, that the shooter was one of those “right-wing extremists” – you know, those people who are, according to DHS Secretary Alejandro Mayorkas, the “most lethal and persistent” threat the U.S. faces today. Ironically, while Al Issa is clearly not the “white supremacist” of leftist fantasy, he is just as plainly a product of the leftist subculture that is so prevalent in America today. 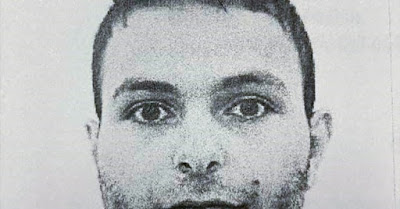 On his Facebook and Twitter accounts, which have both been taken down, Al Issa demonstrated beyond the shadow of any doubt that he is a convinced, committed leftist. On September 18, 2018, he wrote on his Facebook page above a photo of Donald Trump (in all the quotes from Al Issa’s social media, the spelling and grammar are as in the original): “He inherited a growing economy and the unemployment rate was low the economy was on an upward spiral he won because of racism.” That same day, he wrote over a link to a Washington Post story excoriating Trump for his supposed mistreatment of refugees: “Trumps such a d**k.”

On March 16, 2019, after the mosque shootings in Christchurch, New Zealand, he suggested that the shootings took place because of society-wide “Islamophobia”: “The Muslims at the #christchurch mosque were not the victims of a single shooter. They were the victims of the entire Islamophobia industry that vilified them.”

All this makes it abundantly clear that not only is Ahmad Al Issa not a “white supremacist,” but he is a living manifestation of the effects of Leftism in America today. After migrating from Syria as a child during the Obama administration, he, and many others like him, has been inundated with relentless propaganda about how he is a victim of a racist and “Islamophobic” society that will never give him a fair shake, and is institutionally determined to make sure he will never succeed. He has been told that Trump hated Muslims and that his followers were precisely the people who were keeping him down and denying him access to the privilege that they themselves enjoyed at the expense of the “brown” people they despised.

The Democratic Party has been stoking this kind of resentment and feeding it to young people in schools, colleges, and universities for years. Ahmad Al Issa is a product of their indoctrination. That in itself may be one reason why Leftist “journalists” and professional agitators such as Tariq Nasheed (who kept insisting that Al Issa was white, i.e., as  “privileged” as any white American supposedly is, even after his identity was revealed; this will come as news to Al Issa’s fellow white Arab, the noted “person of color” Linda Sarsour) are so intent on driving home the point that this was a “white” shooter acting out of the hatred that is intrinsic to American culture: to deflect attention away from the fact that he is not a product of American culture at all, but of the Left’s subculture of hatred and resentment.

If we had a sane political environment in the country today, that is the hateful subculture the Justice Department would be concerned about. Instead, even as Antifa continues to make the Great Northwest into a radioactive wasteland of violence, lawlessness, and filth, the leftist subculture isn’t even on the radar screen. And Ahmad Al Issa isn’t going to put it there. If Old Joe (who of course seized the opportunity to call again for the disarming of the American people) and his handlers, as well as America’s law enforcement and intelligence agencies, really wanted to make sure there aren’t any more attacks of this kind, they would investigate where Al Issa went to school, what he learned there, what was and is taught at his mosque (he was a devout Muslim), and the like. But that is just a trifle less likely than Nancy Pelosi and Chuck Schumer apologizing for poisoning the American public discourse over the last few years and moving to demonize, marginalize, and silence their legitimate opposition. If one thing is certain in Biden’s handlers’ America, it is that there will be many, many more Ahmad Al Issas.

Robert Spencer is the director of Jihad Watch and a Shillman Fellow at the David Horowitz Freedom Center. He is author of 21 books, including the New York Times bestsellers The Politically Incorrect Guide to Islam (and the Crusades) and The Truth About Muhammad. His latest book is Rating America’s Presidents: An America-First Look at Who Is Best, Who Is Overrated, and Who Was An Absolute Disaster. Follow him on Twitter here. Like him on Facebook here. 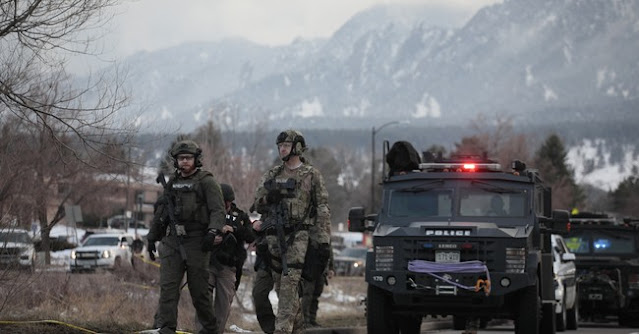 Well, this was going to be an inevitable happening in the liberal news media. The self-righteous lectures from so-called journalists about gun violence in America. Yes, there was another tragic mass shooting in Boulder, Colorado. Ten people were killed. Yet, the Left couldn’t wait to throw out the ‘angry white man’ narrative before the bodies of the victims were even cold. The problem is that it wasn’t a white guy who committed the crime. It was 21-year-old Ahmad Al Aliwi Alissa. A lot of people ate it hard, but we have the screenshots. This is the difference between the rest of us and liberals. We don’t peddle fake news and conspiracy theories to make us feel good or fan the flames of woke narratives.

The Biden White House is pushing gun control. Expect a full-court press on this, but we have to talk about CNN’s Don Lemon for a second. He appears to have gone on another one of his lectures where he, as Newsbusters’ Curtis Houck notes, shows that his network simply cannot stand anyone who doesn’t think as they do. The chyrons were out of control too.

“Too many on the Right flaunt their devotion to the weapons taking American lives” read one of them.

For a while, we’ve known that the liberal media hates us. CNN is the worst offender. Law-abiding citizens don’t commit mass shootings. And yes, the AR-15 rifle and its variants are being targeted again by the anti-gun Left, though it’s owned by millions of Americans. It goes without saying that any loss of life is tragic, but when the case is made to erode civil rights in favor of safety, the road to tyranny is set in motion. I know many probably think we’re already on that road. This is a strawman lecture. Period. We’ve been through this before. The media will rattle off the same fake emotional lectures to help drum up the Democrats’ anti-gun push on the Hill. We know they hate us. We know they want to shred the Second Amendment. This has all been said and done before. I’d suggest ignoring CNN and whatever nonsense they toss out. Liberal America already got its face broken when they chucked the ‘he’s a white guy’ boomerang when this shooting was first reported. They lie. They have ulterior motives.

They can’t win, so they lash out and expose their true colors. Luckily, there are more of us than them in this country.

Be ashamed to exercise the constitutional right to bear arms. It’s nonsense. These clowns are the ones who get to decide which parts of the Bill of Rights are honorable. Go to hell.

Hero Cop Killed in Boulder Massacre a ‘Devout Christian’ with 7 Kids: ‘He Loved His Kids and His Family More Than Anything’