Reparations: Who Pays? Who Collects? 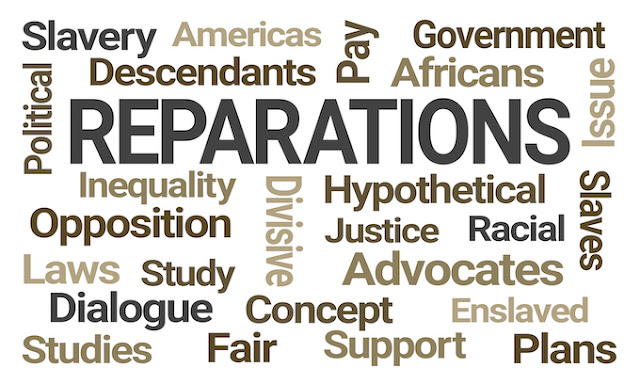 With reparations, there is the issue of who pays. Do African countries owe reparations to Black Americans? After all, Harvard’s director of the Hutchins Center for African & African American Research, Henry Louis Gates, wrote that 90% of those enslaved and shipped to the New World were sold by Africans to European slavers. All whites? Only whites? Nonwhites? Are payments owed before the United States became a country?

“The reparationists claim that the United States must compensate the descendants of slaves for 400 years of slavery. Since the United States was not established until 1788 (when the required three-fourths majority of the states approved the Constitution), slavery existed for only 77 years before the 13th Amendment abolished it.” McGrath also writes about the number of whites who owned slaves in the January issue of Chronicle Magazine:

“While the cotton economy enriched the owners of the large plantations and insured that millions of Blacks would live as slaves, it didn’t do much for most Southern whites, who saw the most fertile bottom lands owned by a small number of powerful families. Depending on the era, only 25 percent or so of Southern whites owned slaves or belonged to a family who did.”

On former President Barack Obama’s maternal side, there were slave owners. Obama’s father came from Kenya, a slave-trading area. Does Obama get a check, or does he cut a check? Similarly, Vice President Kamala Harris’ Jamaican father has acknowledged slave owners in his family. Does Harris, whose mother is from India, get a check or cut a check?

Again, who pays whom? When and where does the pursuit of reparations stop, if ever?

The Arab slave trade took more Blacks out of Africa and for a longer period of time then did the European slavers. In “Prison & Slavery,” John Dewar Gleissner writes: “The Arabs’ treatment of Black Africans can aptly be termed an African Holocaust. Arabs killed more Africans in transit, especially when crossing the Sahara Desert, than Europeans and Americans, and over more centuries, both before and after the years of the Atlantic slave trade. … African slaves transported by Arabs across the Sahara Desert died more often than slaves making the Middle Passage to the New World by ship.”

As to the trans-Atlantic slave trade, historian Gates says:

“Between 1525 and 1866, in the entire history of the slave trade to the New World, according to the Trans-Atlantic Slave Trade Database, 12.5 million Africans were shipped to the New World. 10.7 million survived the dreaded Middle Passage, disembarking in North America, the Caribbean and South America.

“And how many of these 10.7 million Africans were shipped directly to North America? Only about 388,000. That’s right: a tiny percentage.”

And that tiny percentage has prospered to a far greater degree than did those who went to the Caribbean, Central and South America and, in some cases, Mexico.

In 1940, 87% of American Blacks lived below the federally defined level of poverty. By 1960, that number had fallen to 47%, the greatest 20-year period of economic expansion for Blacks in American history.

Who receives reparations? How is this determined?

Since slavery ended nearly 156 years ago, determining legal heirs to the stolen slave labor would be impossible.

When assessing the amount of reparations to be paid, is it relevant that the descendants of slaves here have prospered to a far greater degree than have the descendants of slaves shipped to Central and South America? If Black America were a separate country, its gross GDP would make it the 17th wealthiest country in the world. Economist Walter Williams said Blacks have come further ahead from further behind — and over a shorter period of time — than any people in the history of the world.

Larry Elder is a bestselling author and nationally syndicated radio talk show host. His latest book, “The New Trump Standard,” is available in paperback from Amazon.com and for Nook, Kindle, iBooks and GooglePlay. To find out more about Larry Elder, or become an “Elderado,” visit www.LarryElder.com. Follow Larry on Twitter @LarryElder. To read features by other Creators Syndicate writers and cartoonists, visit the Creators Syndicate website at www.creators.com.

Video: The Truth About the Democrats and Why They Should Pay for Reparations 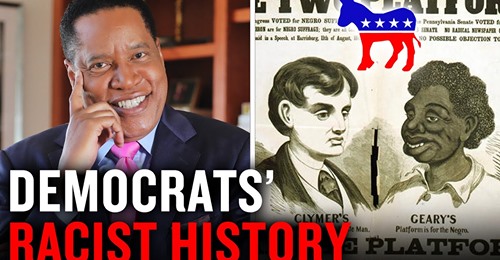 Larry Elder recently spoke at the House Judiciary Committee on “reparative justice,” which is a fancy way of saying reparations. One of the many points he made is why should anybody, other than Democrats, pay a dime? After all, out of the 350,000 slave owners of the estimated four million slaves in 1860, virtually none of them were republican. Also, let’s not forget from whom we are ultimately going to get all this money? Slavery existed all over the world from the beginning of history. Talk about a cross-current of money going back and forth.

Video: Candace Owens exposes the fallacy that slavery is unique to America. 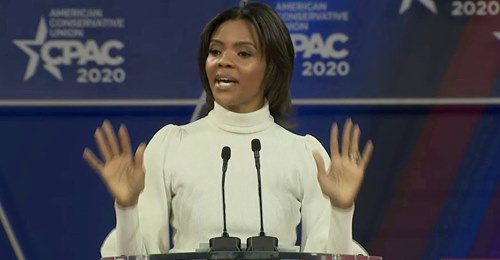 Video: Mark Levin uncovers how average Americans are being hurt by Socialist/Marxist/Communist Democrats. 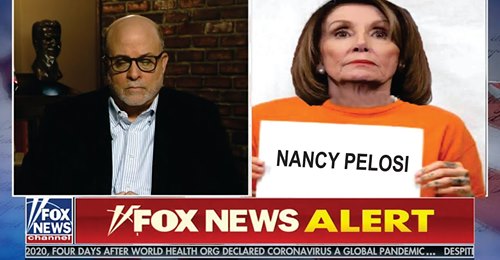 CLICK HERE TO VIEW THIS REVEALING VIDEO.
Posted by Frances Rice at 2:48 PM