A do-before-they-die election for boomers 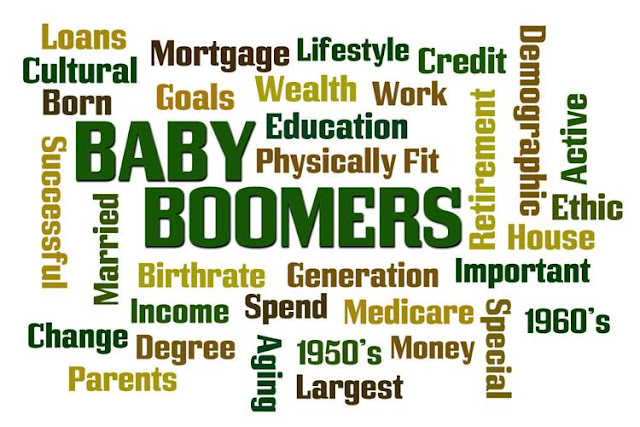 “People seldom do what they believe in. They do what is convenient, and then repent.” (Bob Dylan)

Lonely servicemen returning from the second Great War with a twinkle in their eye quickly made up for lost time. Before long they had seeded a generation that would continue making society a better place for everyone. Conceived during the Cold War, they grew up fearing the threat of a red attack and the evils of socialism and Communism. They were schooled to protect the gifts our founders had bequeathed to them. And most importantly, public schools taught “boomers” to love America.

When those love-hungry men and women celebrated the end of the second Great War, they copulated what would become one of the most dominant political and social forces in American history. While some dropped out and some stayed in, they collectively agreed: If they wanted to make America a better place for them, they had to do it themselves. With civil rights marches, war protests, sit-ins, campus groupies, love-ins and rock festivals, they changed America to making love, not making war.

The birth explosion known as the baby boom signaled the end of the Depression and World War II. Since world peace and prosperity returned, America was ready for a new start. This era not only brought babies but also a new confidence in capitalism. Corporations grew and became more profitable. They paid higher wages and the future was brighter for workers. This enabled parents to give their kids better opportunities than they had. And as they grew up, America grew with them.

While millennials call boomers antique losers, they are the richest, best-educated and most accomplished generation of Americans living today. They were the ones that developed a strong, confident and prosperous country for us. Born between 1946 and 1964, boomers took advantage of the benefits of the postwar period's extraordinary economic growth. When opportunity knocked, they walked in. And as boomers aged, they shared a wealth of knowledge for generations to come.

Because of the size of their generation, boomers defined every institution in which we live today. Looking over the past half century, we see their successes everywhere. Their legacy was not due to spontaneous combustion. They set the U.S. on fire, provoking political thought, setting trends and changing social awareness. They made reality out of dreams for an improved post-war America.

Boomers achieved mythic status as hinge points in American history during the 1960s and ’70s. From the civil-rights campaigns in Mississippi and Alabama to Martin Luther King’s March on Washington, their transformative activism helped end segregation. They paved the way for the Civil Rights and the Voting Rights Acts of the 60s. In 1967, their anti-war March on Washington D.C. and the campus protests following the Kent State shootings helped bring an end to the disesteemed Vietnam War.

Boomers are the most politically diverse generation ever conceived. Some supported a president only to be turned off as Watergate unfolded. Others were shocked when one boomer was caught with his hands in someone else’s cookie jar in the oval office. Some supported impeachment while others forgave him. During the debacle in Florida, some jostled for Bush and others for Gore. But during the terrorist attack upon the America they loved, they mourned together and afterwards they got their revenge.

“We are more determined than ever to live our lives in freedom.”
– Rudy Giuliani

They were divided when leftist candidate Barack Obama ran for office. Some bought his change rhetoric.

Many saw it as identity politicking: Others claimed he was an unqualified novelty politician. Some voted for him twice out of guilt redemption to prove to America the ages of past social indignation had been laid to rest. And others just voted for him to make history and have bragging rights that they did what nobody did before. Most all admitted their mistake and they are paying for that now.

“It’s more important to make change than it is to just make policies that work.”
– Barack Obama

Unfortunately time marches on, and the generation that decided to be young forever is enrolled in Medicare, Social Security, and receiving pensions and IRA payouts. And since life expectancy has increased over 10 years since boomers were born, it doesn't seem like they’ll just fade off into the sunset anytime soon. And that means savings, pensions and institutions they depend on need to be there longer than they did in the past, and that is the problem each one is worried most about.

The generation that was once divided socially and politically moved to the center last election after seeing their savings, IRAs and CDs go belly up in eight years. And it paid off. For three years, they experienced the greatest economy since they were born. But their worst fear came out of nowhere when COVID-19 derailed the Trump Express. And that is just what the socialist left had longed for. They’ve mixed mythical fiction with medical fact to destroy Trump and the economy, and stole the boomers future away from them.

“Facts are not liberals' strong suit. Rhetoric is.”
– Thomas Sowell

The bible says, “Beware of false prophets.” While COVID dealt a blow to our economy, the left used it to wreck the nation. They shut down their states and won’t reopen them; yet Surgeon General Dr. Jerome Adams set forth a plan for a return to normalcy. Liberal state governors plan to keep this up until Election Day, which is fatal for boomers. They’re eking out an existence on sub zero bank rates, empty portfolios, bankrupt pensions, while dealing with rationed socialized health care.

To further bury the hatchet, liberal politicians support violent protests by groups like Antifa, who instigate riots and looting at protests for U.S. socialists. Boomers now fear shopping or going to medical appointments if they think they will be injured or worse. The left’s allies in the media are creating chaos and fear by reporting daily how unsafe Trump and white supremacists have made America. That has led to the continual anti-American violence, rioting and looting by BLM and Antifa.

Sociologist Todd Gitlin said, “the protest movements of the 60s triggered changes in our attitudes on everything from sex to trust in authority.” And boomers were driven by social ethics, not politics. Their vices were sex, drugs, and rock and roll, not looting, maiming and killing people. When media forgivingly compares today’s thugs who are allied with the socialist left to the 60s boomer societal protests, that’s a false narrative! Boomers were non-violent. They believed in making love, not war.

The 2020 general election will be the last Election Day many boomers will see. It will be their last chance to save the nation for a generation that can’t do it for themselves. Millennials need adult supervision to survive in the free world, where capitalism is king and liberal socialism is the enemy. Boomers are aware life is not a dress rehearsal, and they’ll not get another chance to appear on the national stage. This is their last curtain call. America has been too good to them to fail her now.

Boomers elected Trump because the left promised them cake and gave them crumbs. They chose capitalism over socialism. Will they unite one last time for future generations?

“When America is united, it is unstoppable! I promise! The American people will always come first!”
–  Donald Trump