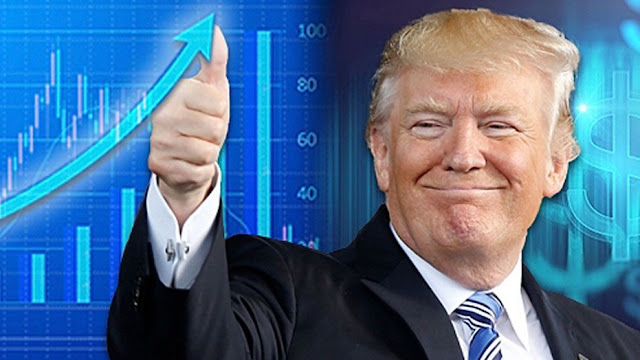 The U.S. economy added 1.4 million jobs in August as the unemployment rate unexpectedly tumbled, indicating the nation's labor market is continuing a slow but steady recovery from the coronavirus pandemic.

The Labor Department's payroll report released Friday showed the jobless rate fell sharply to 8.4%, down from 10.2% in June and a peak of 14.7% in April. It marks the first time since March that unemployment has been below 10%.

Economists surveyed by Refinitiv expected the report to show that unemployment dropped to 9.8% and the economy added 1.4 million jobs. It's well below the combined 7.5 million jobs added in May and June before hiring cooled in July, with growth of just 1.9 million positions.

“We are still moving in the right direction and the pace of the jobs recovery seems to have picked up, but it still looks like it will take a while – and likely a vaccine – before we get back close to where we were at the beginning of this year,” said Tony Bedikian, head of global markets at Citizens Bank. “We continue to be optimistic that the economy has turned a corner and that we’ll continue to see steady progress.”
Still, joblessness remains historically high. The unemployment rate sat at 3.5% in February, a half-century low, before the crisis began.

Government hiring helped boost the figure, with employment increasing by 344,000 in August -- accounting for one-fourth of the total gains. The increase stemmed largely from the federal government's addition of 238,000 temporary Census workers. Despite fears about budget shortfalls, local governments hired 95,000 employees last month.

Other notable gains came from retail, which added 249,000 new jobs, and professional and business services, which brought on 197,000 workers. Leisure and hospitality, the hardest-hit sector during the pandemic, filled 174,000 positions, a majority of which stemmed from bars and restaurants.

The number of Americans on furlough also plunged: 24.2 million people who said they not working because their employer either closed or lost business as a result of COVID-19, down from 31.3 million in July.

Over the past four months, the economy has added back about half of the 22 million jobs it lost during the pandemic, data show. There are still 11.5 million more out-of-work Americans than in February.

The report comes amid a month-long deadlock between White House officials and Democratic leaders over another round of emergency relief for workers and businesses. Economists said the better-than-expected report should not reduce the urgency in Congress to approve more aid.

"With the national unemployment rate still elevated, and with New York and Los Angeles recently suffering through jobless rates above 16%, the urgency of passing another round of federal relief legislation hasn’t lifted in Washington," said Mark Hamrick, a Bankrate.com senior economic analyst. "While some elected officials may be focused on the election now 60 days away, their responsibility to serve the broader part of the American people hasn’t been excused." 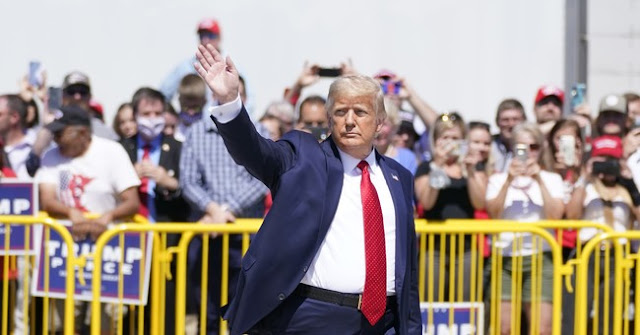 I mean, are they this desperate? Is the liberal media that nervous about Trump winning again? Because it would seem that they are throwing all the things against the wall to slow the momentum. The Atlantic is the first batter up, peddling a totally unverifiable story that President Trump has mocked and denigrated those who have served and died for this country. Yeah, they actually thought this would stick. The U.S. Military loves Trump, by the way. I don’t really see the point behind this story other than some pathetic attempt to smear the man yet again. Oh, and we have the anonymous sources, those shadowy folks with “firsthand knowledge.”

Right, find me a career bureaucrat in this town that loves Trump. The whole town hates him. Run with a rumor and find several people who hate Trump’s guts to ‘verify’ it. It’s as easy as scooping up baitfish in a tank.

If we’re going by this shoddy standard, then several people told me that Joe Biden is dead and being impersonated by a body double. They have firsthand knowledge. That’s what they told me, so it’s totally true. Also, the British Royal Family is really reptilian shape-shifting humanoids. We’re dealing with clowns.

When President Donald Trump canceled a visit to the Aisne-Marne American Cemetery near Paris in 2018, he blamed rain for the last-minute decision, saying that “the helicopter couldn’t fly” and that the Secret Service wouldn’t drive him there. Neither claim was true.

Trump rejected the idea of the visit because he feared his hair would become disheveled in the rain, and because he did not believe it important to honor American war dead, according to four people with firsthand knowledge of the discussion that day. In a conversation with senior staff members on the morning of the scheduled visit, Trump said, “Why should I go to that cemetery? It’s filled with losers.” In a separate conversation on the same trip, Trump referred to the more than 1,800 marines who lost their lives at Belleau Wood as “suckers” for getting killed.

How many conspiracy theories and hoaxes have the liberal media fallen for in the past four years? First, there was Trump-Russia collusion, which was busted like a pinata. Then, the covert plot to destroy the US Postal Service, which the Left still thinks is a thing. Then, there’s the ‘Trump had a stroke’ story. It goes on and on, and these morons wonder why their trust with the American people is in the toilet. Here’s the thing. How about y’all stop lying. Then again, we all know why you keep getting faces full of buckshot. You don’t care. You’ve never cared. Because at the end of the day, you’re all just Democratic operatives masquerading as reporters. If you were just honest about your biases, then this war would end, but your attacks on Republicans would seem less credible, right? I mean, they already are, but there’s a shine to it when it’s printed on The New York Times or in this case, The Atlantic.

Also, let's not forget that this same publication ran with a fake news story about a police shooting this summer. Have we forgotten that, and we're supposed to believe this crackpot story? Nope.