Diamond and Silk: The president's agenda gets an A+ 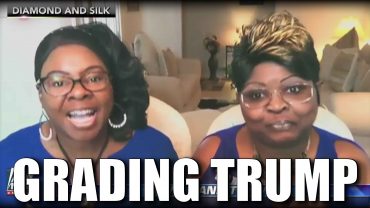 Social media duo gets the final word on 'Hannity'


Why Are Republicans Trouncing Democrats in Fundraising?
By Byron York 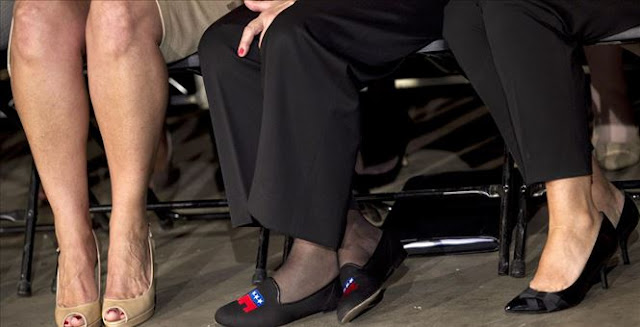 The Republican president has a job approval rating around 40 percent. The GOP has an unfavorability rating around 56 percent. And Republicans trail Democrats by nine points in an average of "generic ballot" polls.


All of which makes it notable that the Republican National Committee is trouncing the Democratic National Committee when it comes to raising money, especially from small donors.
The numbers are striking. In June, the RNC raised $13.5 million to the DNC's $5.5 million.
For 2017 so far, the RNC has raised $75.4 million to the DNC's $38.2 million.
The RNC started the year with $25.3 million in cash-on-hand. Now it has $44.7 million. The DNC started the year with $10.5 in cash-on-hand. Now, that has fallen to $7.5 million.
As of June 30, the RNC reported $0 in debt. The DNC reported $3.3 million in debt.
A look inside the numbers is even worse for the DNC. Looking at collections from small donors -- that is, those who contributed less than $200 -- the RNC raised $10.5 million in the months of May and June. The DNC raised $5.3 million from small donors in the same time period.
The RNC's money total is a record -- more than was raised in any previous non-presidential election year. That is true for June, and for all of 2017 as well.
The $75.4 million raised this year compares to $55.4 million for the same period in 2015; to $51.2 for the same period in 2014; to $41.1 million for the same period in 2013, and so on going back.
"It's definitely a reflection of support for President Trump," said RNC spokesman Ryan Mahoney. "Our small-dollar donors are giving at a record pace because they believe the RNC is supporting President Trump, and they like that."
The obvious reason for the Democrats' troubles is that they lost the White House, the House and the Senate last year. Now, the party appears to have a particularly bad hangover.
One data point: In 2013, after Republicans lost their second presidential election in a row and many believed the party faced years in the electoral wilderness, the RNC still raised more money in the January-June period, $41.1 million, than the $38.2 million the Democrats have raised so far this year.
There is much discussion about the intensity of Democratic opposition to President Trump, and indeed Democrats showed a lot of fundraising enthusiasm in the losing Georgia 06 congressional race that turned into a referendum on the president.
But the fact is, the passions behind The Resistance have not, or have not yet, turned into support for the main vehicle of opposition to Trump, the Democratic Party.
Democrats have simply not gotten over the Hillary-Bernie split that plagued the party last year. And they have not decided what they will be in the future. Remember, this is a party that won the White House in 2008 and 2012 on the strength of the Obama coalition of minorities, young people, and the college educated -- the group political journalist Ron Brownstein calls the "coalition of the ascendant."
It's not an exaggeration to say that many believed demographics favored them so heavily that they were virtually guaranteed Democratic victories in the years ahead. And then the Trump victory reminded them that there are still a lot of working-class voters in the country who aren't necessarily natural Democrats.
This week, Democrats led by Senate Minority Leader Charles Schumer and House Minority Leader Nancy Pelosi rolled out a new agenda, which they call "A Better Deal," which is designed to appeal to those disaffected voters.
And not a minute too soon.
When a recent ABC-Washington Post poll asked, "Do you think the Democratic Party currently stands for something, or just stands against Trump?" -- just 37 percent said the party stands for something, while 52 percent said it just stands against Trump, and 11 percent had no opinion.
So now Democrats have a huge job in front of them. And it is unclear whether Tom Perez, the Hillary Clinton-backed candidate who won the DNC chairmanship in a divisive battle with Rep. Keith Ellison earlier this year, is the man to do it.
Last month, in explaining another dismal fundraising period for the Democrats, Perez distanced himself from the problem. "I got here on March 1," Perez told MSNBC, "and I was the first to say it, we've got a lot of rebuilding to do."
The new fundraising numbers don't predict what will happen in 2018. But they do say what is happening now.
And that is, in spite of his problems there is enough support for Trump in the Republican base to set new small-donor fundraising records, while Democrats have yet another measure of the work that lies ahead.
https://townhall.com/columnists/byronyork/2017/07/26/why-are-republicans-trouncing-democrats-in-fundraising-n2359849?utm_source=thdailypm&utm_medium=email&utm_campaign=nl_pm&newsletterad=
____________


Pseudo-Republican squishes anything but compassionate
By David Limbaugh 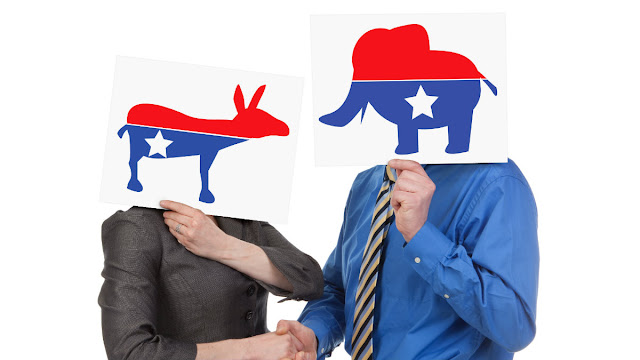 sdominick | Getty Images
It is enormously frustrating that conservatives can't capture the moral high ground from the phony virtue-signaling factory that is the modern Democratic Party. Conservative policies not only work better but also are morally superior.


Democrats depend on cliches and false narratives to obstruct true reform — which includes shaming many Republicans from believing enough in their own agenda to pursue it with conviction. This is nowhere more apparent than in the endless debate over the fate of Obamacare and the future of American health care.
It is unconscionable that Republicans are unable to muster a simple majority to end the Obamacare monstrosity — a freakish beast that does everything it promised not to do and does little it promised to do, a gargantuan scam that is destroying our health care, eroding our liberty and punishing our economy. It's a camel with its entire body already inside the tent of the American idea — hellbent on completing Obama's plan to fundamentally demolish it.
It's almost a waste of space to reiterate the obvious truth that the Democratic Party is bankrupt. It is wholly out of ideas except for concocting ever more creative ways to demonize conservatives as bigots, thwart policies that could bring relief to the people it professes to champion, and advance an agenda whose inevitable result is socialism — all while pretending to believe in free market competition.
Democrats mouth such banalities as offering a "better deal," as if they weren't the ones who have given us this horrendous deal that is rotting the American system from the inside out.
They are incapable of offering new ideas because they are ideologically and politically enslaved. Their worldview weds them to the historically discredited notion that great results flow from allegedly good intentions. And their lust for power impels them to exploit identity politics and perpetuate victimhood for the constituencies whose overwhelming support is essential to their political lifeblood.
For example, they can't support decentralization and competition in education, no matter how much that could improve the lives of minorities trapped in inferior schools, or support across-the-board tax cuts — even though cuts for higher-income earners help stimulate economic growth, which redounds to the benefit of middle- and lower-income earners — because they cannot abandon their class warfare strategy.
Now back to today's more pressing issue — health care reform. Their policies have wrought untold disaster across the board, yet they will acknowledge no responsibility for these failures, much less join, in any way, those seeking solutions.
Democrats tell us they would be happy to work with Republicans to repair the glitches in Obamacare. The problem is that we are not dealing with mere glitches. The entire legislative debacle is a galloping cancer on our system.
Further exposing the Democrats' fraud, almost all of the Republicans' so-called "repeal and replace" proposals have not actually contemplated repeal at all; they've just proposed revisions. Yet Democrats, in lockstep, will not even come to the table to discuss them. In other words, except for their failed efforts to fully repeal the bill, all Republican proposals have been efforts not to completely end Obamacare (sad to say) but to partially repair it.
Democrats don't want the system improved. They know it's a barely disguised wealth redistribution scheme that if left alone will necessarily eventuate in a single-payer system — a euphemism for socialized medicine.
So for now, let's forget Democrats, who have no intention of working with Republicans on this.
What about the couple of handfuls of pseudo-Republicans who don't have the decency to end this nightmare — the ones who campaigned on the promise to repeal this law but won't now pull the trigger?
I don't want to hear that their consciences are involved or that they are from liberal states. How about their intellectual honesty and dignity?
Why do they enable Democratic propaganda that millions would be hurt by repealing a law that forces those millions to buy insurance against their will? Why aren't they held accountable for giving life-support to a law that is already harming people and would result in socializing one-sixth of our economy?
Don't you just love hearing the self-serving protestations of these squishes, pretending to care so much about people while they are single-handedly (as Democratic intransigence is an irremediable reality) decimating world history's greatest health care system?
There is nothing compassionate about what Democrats and their sanctimonious foxhole-sharing Republican frauds are doing here.
It's time for freedom-loving, people-loving Americans to turn the tables on these charlatans and recapture the moral high ground through aggressive and intelligent messaging.
We'll never save this republic if we can't make the case that government largesse is fundamentally destructive and incompetent and that the invisible hand of the market yields results across the board that are more beneficial for more people than those of any other system known to man.
Socialism kills, impoverishes and enslaves and only masquerades as compassion while facilitating the compassion merchants' consolidation of power.
Freedom brings prosperity and, if you insist on using compassion as the be-all-end-all yardstick, is abundantly compassionate.
https://www.conservativereview.com/articles/limbaugh-pseudo-republican-squishes-anything-but-compassionate
Posted by Frances Rice at 7:56 PM