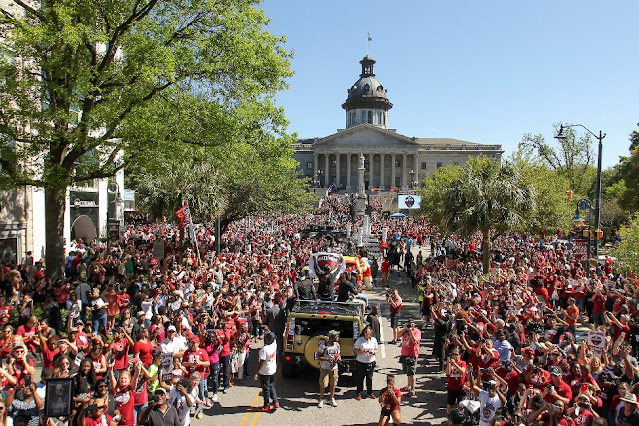 South Carolina is about as Red as any state in America. However, Columbia — the state’s capital and second largest city — has had a Democratic mayor for the past three decades. In recent years, this probably has much to do with the fact that more than half of Columbia’s population is non-White.

In 2020, Joe Biden carried the city by a margin of nearly 40 points. Thus, the Dems’ stranglehold on Columbia seemed complete.

Rickenmann’s platform proved more attractive to voters. Even in Democratic strongholds, voters seem more worried about crime, lack of job opportunities, and deteriorating roads and bridges than about abstractions — especially abstractions like equity and diversity that have come to stand for an erosion of standards and lack of concern for public safety.

By Joe Saunders  | The Western Journal

With numbers like these, Democrats are looking at a red wave next year that will leave them as under water as a Joe Biden job approval rating.

Only 10 months into the Biden presidency, the doddering chief executive and the party that supports him have fallen so out of favor with the American public that a generic ballot finds Republicans holding an unprecedented lead over Democrats, according to an ABC News/Washington Post poll released Sunday.

And that bodes very badly for Democrats, who should already be panicking ahead of next year’s midterm elections.

For Biden himself, the numbers are miserable. A president who came into office promising to unite the country and vanquish all memories of his infinitely superior predecessor now finds himself with only a 41 percent approval rating, according to the poll. Meanwhile, 53 percent disapprove — a mark that’s under water by double digits.

When it comes to the economy alone, Biden’s approval rating is even worse. Fifty-five percent of those polled disapproved, compared to only 39 percent who approved. In September of 2017, then-President Donald Trump had a disapproval rating of 49 percent. That was the highest of the Trump presidency, according to the poll, and it was still 6 points lower than Biden’s is now.

Most Americans remember that Republicans lost control of the House in midterms a year later — a development that made possible the ludicrous impeachment efforts that followed.

The reasons for the current dissatisfaction are obvious to anyone who hasn’t been blinded by the mainstream media’s overwhelming bias.

Inflation is putting a bite on everyday Americans, the poll found, and the coronavirus pandemic Biden vowed to defeat is still a nagging concern.

And while the poll didn’t mention them, the illegal immigration crisis Biden created on the nation’s southern border and his administration’s utterly disastrous handling of the withdrawal from Afghanistan have left Americans disgusted with a lawless administration in Washington.

They all add up to a grim picture for the president’s party: “As things stand, if the midterm elections were today, 51 percent of registered voters say they’d support the Republican candidate in their congressional district, 41 percent the Democrat,” ABC reported.

“That’s the biggest lead for Republicans in the 110 ABC/Post polls to ask this question since November 1981. Indeed, it’s only the second time the GOP has held a statistically significant advantage (the other was +7 points in January 2002) and the ninth time it’s held any numerical edge at all.”

For perspective, as National Review’s Jim Geraghty pointed out on Sunday, that lead stands out even against watershed, red-wave years like the midterms of 2010 and 1994.

ABC polls gave the GOP a 4-point advantage in the weeks leading up to the 2010 midterms, when Republicans took the House and held it for the remainder of then-President Barack Obama’s two terms in office, PolitiFact reported in a 2013 fact check.

And in the weeks preceding the 1994 midterms, when Republicans under Newt Gingrich took the House majority for the first time in more than half a century, ABC generic polls actually showed Democrats with a lead of 4 or 5 points, the PolitiFact report noted.

It’s important to point out that those polls were conducted, basically, on the eve of the elections, while the country is still more than a year away from a 2022 reckoning. However, it’s doubtful that any honest person could expect the factors that have been destroying confidence in Biden and the Democratic Congress are going to improve any time soon, because the party isn’t going to change any time soon.

A president who kicked off his administration by deliberately killing a controversial oil pipeline project via executive order — and thousands of jobs with it — isn’t likely to suddenly decide his fellow citizens’ livelihoods are more important than his party’s green agenda.

And Biden administration officials have already made clear that issues like high oil prices and rising food costs are not problems the White House takes seriously, so the damage to the economy is likely to continue

A political establishment already entrenched in a heavy-handed, top-down approach to battling the coronavirus isn’t going to suddenly understand that local and state-level decision-making, which has been very successful in Florida, should replace the politburo power of nationwide measures like unconstitutional vaccine mandates, so don’t expect Americans’ view of Biden’s handling of COIVD-19 to improve.

Meanwhile, the slow-motion disaster on the southern border is almost certain to keep rippling throughout the country, providing periodic moments of outrage every time an illegal alien commits some new criminal outrage or another unsuspecting American community finds itself flooded with more uninvited guests.

Furthermore, a presidency with zero credibility on the international stage after the deadly Afghanistan debacle has invited challenges from United States rivals across the globe, from Xi Jinping’s China to Vladimir Putin’s Russia and the murderous mullahs in Iran.

The Biden administration’s policies are a direct result of the leftist thinking that dominates his Democratic Party. As long as those policies don’t change, the increasingly miserable conditions they’re inflicting on the American public won’t either.

The good news is, the Founders foresaw exactly situations like this when they adopted a Constitution that makes an out-of-touch government accountable to the people it’s supposed to serve.

Democrats learned that lesson in Virginia and elsewhere in the off-year elections earlier this month, which should already have the party in knots over next year. If nothing changes, they’re going to learn it again in November 2022, with a red wave to rival the Republican victories of 1994 and 2010, in size and importance.

Their days are numbered — and that number can’t come up soon enough.

Texas State Rep Deals Blow to Democrats, Switches to GOP: The Values of Those in DC Are Not Our Values

By Cameron Arcand  |The Western Journal 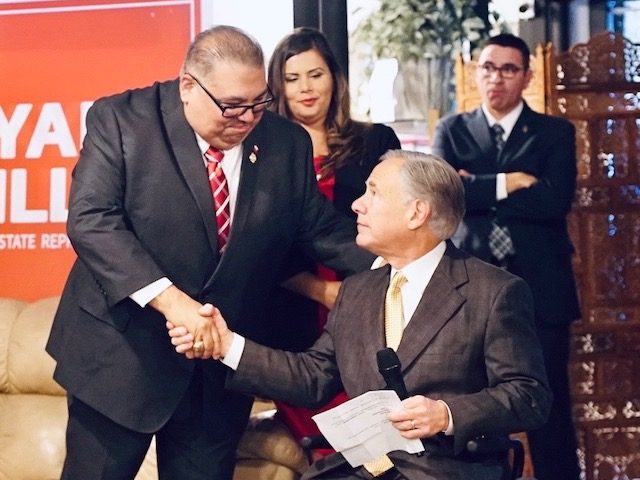 Texas state Rep. Ryan Guillen is sending shockwaves through Texas politics as he announced his decision to switch from the Democratic Party to the GOP this week.

Guillen’s district, which represents Rio Grande City along the southern border, is being redrawn to be extremely favorable toward Republicans, which likely solidified his move.

“Friends, something is happening in South Texas, and many of us are waking up to the fact that the values of those in Washington, D.C., are not our values, not the values of most Texans,” Guillen said, according to the Texas Tribune.

“The ideology of defunding the police, of destroying the oil and gas industry and the chaos at our border is disastrous for those of us who live here in South Texas.”

Although former President Donald Trump did not win in all of South Texas, the 2020 election did show gains for Republicans in the region, according to NBC News.

In McAllen, Texas, a Republican narrowly won the mayoral race in June, showing a shift across all levels of government.

According to Mark Jones of Rice University, Guillen was considered the least liberal member of his caucus.

While conservative leadership already dominates in Texas, this one lawmaker’s decision is reflective of a nationwide political trend.

A recent poll from ABC News and The Washington Post revealed that registered voters have a preference for Republicans over Democrats by 10 percentage points on a generic ballot.

In South Texas, that mostly comes down to issues including the border crisis and economic woes such as inflation.

The Biden administration has done a poor job at taking initiative on problems that matter to Americans and is instead shifting the blame onto the previous White House or circumstances outside of its control.

Although President Joe Biden has promised to govern moderately, the White House seems to be catering to progressives with its Build Back Better agenda.

Guillen noticed the values in D.C. are political expediency and inaction, so he knew that becoming a Republican for his constituents would be the most effective move.

“As Dems move further left, they’re abandoning the people of South Texas & their values. Rep. Guillen’s decision to switch parties is indicative of a shifting landscape in South Texas.”

If Guillen’s frustration is any indication of the country at large, 2022 will be a disaster for Democrats.