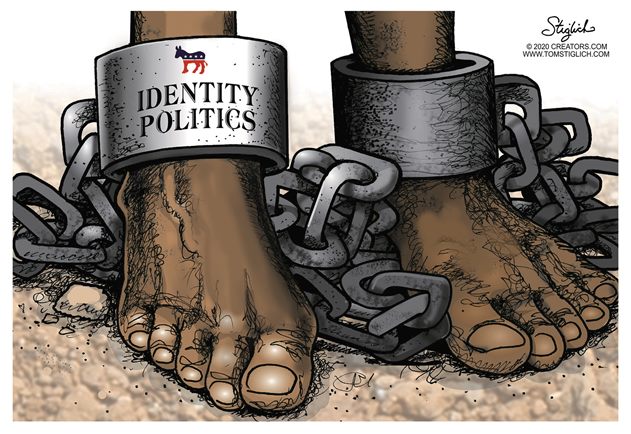 Ready or not, the fight is coming to your communities, your schools, your workplaces, and your places of worship.

Recently, I posted a meme on Twitter showing a large idol with “BLM” on it, people bowing down before the idol labeled “woke evangelicals,” and three men standing who are labeled “infidels.” Of course, the meme is based on the story of Shadrach, Meshach, and Abednego from the Bible’s book of Daniel. These three men refused to bend the knee to a false idol. For that, they were labeled unbelievers by the ruling power and thrown into a pit of fire, yet miraculously they lived.

Some friends and family were not entirely sure what I meant by posting the meme—hence this essay.

Most evangelicals—in fact most Americans—have no idea that Black Lives Matter means something more than the basic and indisputable point that the lives of black people are precious. They don’t know what Black Lives Matter, the organization, actually is, what it stands for, or what it is trying to achieve. They don’t know that it is a Marxist political ideology cloaked in race, an Orwellian tactic if there ever was one.

People think that if you speak out against BLM, you are a racist who cares nothing for the lives of your fellow citizens if they are of a different race.

So let me make this abundantly clear: I care about the lives of my fellow man regardless of the color of his skin. My work has been focused on ensuring not only that every life matters, but that every voice is heard, and that every vote is counted.

In my personal journeys and public efforts, I have seen the challenges others face every day in schools, on the job, even at the ballot box, and I am here to tell you that BLM doesn’t truly care about bettering the lives of anyone—least of all the black community in the United States. It is far more concerned about pushing a radical ideology intended to harm the very people it claims to support because such an agenda keeps them up and operating and in business.

In short: they are traitors to the cause so many believe they espouse.

So what is Black Lives Matter, really? BLM was founded by three Marxist women in 2013. Alicia Garza, one of the founders, is a writer and activist who resides in Oakland, California. She is a self-proclaimed Marxist and “queer social justice activist” who makes no bones about admiring other Marxists and the Black Panthers.

In a September 2016 interview with Complex.com, Garza claimed that the U.S. would be in a better place if we terminated the police. “Quite frankly,” she said, “many of our [BLM] members are continuing to investigate what it would mean to have police-free communities. I think what we’ve continued to see over time is that no moral appeal [to police] is actually stopping the deaths of black people [at the hands of police], whether they are armed or unarmed.”

Patrisse Cullors, another BLM founder, was trained in her activism by Eric Mann, a former Weather Underground member. In a December 2014 interview with The Feminist Wire, Cullors claimed she views Black Lives Matter as a means to push issues such as “decriminalizing Black lives,” “reducing law-enforcement budget,” and requiring that some police departments be “disbanded or abolished.” She’s also a supporter of the BDS movement, a deeply anti-Semitic movement that seeks to eradicate Israel.

Black Lives Matter is not shy about what it wants to achieve. Its founders are very outspoken about it. They do not hesitate to proclaim their Marxism, or deny their hopes of disrupting “the Western-prescribed nuclear family structure requirement by supporting each other as extended families and ‘villages’ that collectively care for one another, especially our children, to the degree that mothers, parents, and children are comfortable.” They also want to “foster a queer-affirming network.” They even go so far as to say, “When we gather, we do so with the intention of freeing ourselves from the tight grip of heteronormative thinking, or rather, the belief that all in the world are heterosexual (unless s/he or they disclose otherwise).”

What’s important to understand about Black Lives Matter is that it should be viewed through the lens of Critical Race Theory, which, put simply, constitutes Lenin’s strategy of sowing discord. But instead of sowing it around class, it is applied here to the concept of race.

Formulated by Barack Obama’s favorite Harvard professor, Derrick Bell, “Critical race theory contends that America is permanently racist to its core, and that consequently the nation’s legal structures are, by definition, racist and invalid…members of “oppressed” racial groups are entitled—in fact obligated—to determine for themselves which laws and traditions have merit and are worth observing . . . ” As in, this country’s founding is irredeemable and those institutions, laws, and traditions springing forth from the founding are illegitimate in the eyes of Black Lives Matter.

What they’re after, in other words, is regime change. If they get their way the republic will be over and no doubt these radicals, replete with their 21st-century version of Revolutionary Tribunals, will usher in a new order of Marxism. So I would tell those good-hearted, well-meaning evangelicals embracing BLM: if you embrace them, you are being useful idiots and advancing an ideology that has nothing to do with what you claim you believe and is, in fact, explicitly anti-Christian.

This is a deadly serious moment for this country. You must understand that you cannot avoid this fight because the fight will come for you: in your communities, in your schools, in your places of work and worship. You will be left with a choice either to stand by your principles or—if not literally, then at the least symbolically—to bend the knee.

Do not be afraid—I rejoice that I was born in such a time, and so should you.

My hope and prayer for this country is that there will be enough people who will understand the blessings our nation has provided for all people—those whose families can be traced to this land 400 years ago and those who are fortunate enough just to have arrived—if only they will stand for our Founders’ principles, which were always intended to extend to all citizens. Who will stand their ground when the mob arrives at their doorstep?