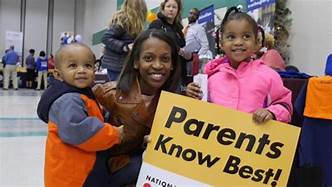 Montana violated the Free Exercise Clause of the First Amendment when it barred religious schools from participating in a tax credit program established by the Legislature, the Supreme Court ruled 5-4 Tuesday.

“The application of the no-aid provision discriminated against religious schools and the families whose children attend or hope to attend them in violation of the Free Exercise Clause of the Federal Constitution,” Chief Justice John Roberts wrote for the majority in Espinoza v. Montana Department of Revenue.

The program, set up in 2015, allowed individuals and businesses to take tax credits on donations to organizations that granted scholarships to students to attend private schools. The case stemmed from a denial of scholarship funds to several parents including Kendra Espinoza, who sought to use the scholarship money to send her two daughters to Stillwater Christian School.

The public interest law firm Institute for Justice, which represented the plaintiffs, hailed the ruling as a “major victory to parents who want to choose the best school for their children, including religious schools.”

Big Sky Scholarships, an organization set up specifically to distribute tax credit scholarships, distributed money to Stillwater Christian School and other private schools in the state.

The executive branch of Montana was divided on how to implement the program in light of the “no-aid clause” in the state constitution, which prevents tax dollars from going to religious entities. So-called Blaine amendments have their roots in anti-Catholic bigotry, according to IJ.

The Department of Revenue tried to bar money from going to religious schools, implementing a regulation referred to as Rule 1, but the Montana attorney general disagreed. The Montana Supreme Court sided with the department in 2018 and struck down the entire program, leading to the Supreme Court case.

The Trump administration praised the ruling. The White House stated that “school choice is a civil rights issue,” adding that “no parent should be forced to send their child to a failing school.”

Corey DeAngelis, director of school choice for the Reason Foundation, also praised the ruling on Twitter: “Barring aid from religious schools discriminates against religious schools and families who want that kind of education for their children.”

Today’s ruling is a victory for school choice advocates and especially for low-income and minority families, who benefit the most from the programs. The Heritage Foundation argues that breaking up the public school monopoly and giving students a variety of schools to choose from helps improve graduation rates, citing a study on the D.C. Opportunity Scholarship program.