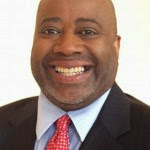 To many people, especially Blacks, Obama’s election as president in 2008 was a dream come true.  According to the American Heritage Dictionary of the English Language, “dreams are successions of images, ideas, emotions, and sensations that occur involuntarily in the mind during certain stages of sleep.”  Dreams tend to last longer as the night progresses.

Sigmund Freud, the Austrian neurologist who became known as the founding father of psychoanalysis, wrote extensively about dream theories and their interpretations in the early 1900s.  He described dreams as the “manifestations of our deepest desires and anxieties.”

To our parents and grandparents, having a Black president was a dream long before it was a reality.  Who could ever imagine after surviving slavery, Reconstruction, Jim Crow, and the Civil Rights Movement, that America would ever be ready to elect a Black president?  During our sleep was the only realm in which we thought this would ever be possible. And certainly not twice.

Then along came little known Barack Hussein Obama.  He became the empty vessel in which  America could funnel all of its dreams into.  As Freud said about dreams, Obama became the “manifestation of our deepest desires and anxieties.”

Unfortunately, this dream has turned into a nightmare.

According to the American Psychiatric Association (APA), “a nightmare is an unpleasant dream that can cause a strong emotional response from the mind, typically fear or horror, but also despair, anxiety, and great sadness.  The dream may contain situations of danger, discomfort, psychological or physical terror.  Sufferers often awaken in a state of distress and may be unable to return to sleep for a prolonged period.”

In 2008, Obama claimed he had a dream of uniting America; fixing the economy; creating additional jobs; having America become respected globally again.

Under Obama, America has become the laughingstock of the world.  Syria crossed Obama’s self-imposed “red line,” and Obama gave Syria’s president, Hafez al-Assad a terse lecture as he continued to kill his own citizens with chemical gas.  Obama continues to allow Latin leaders to berate him on U.S. soil because of American’s insistence that we enforce our immigration laws like they do in their own countries.  Russian and Israeli leaders show public disdain for Obama, with no consequence.

Blacks went from “Hope and Change” to we hope Obama changes. Obama has turned the dreams of Blacks into a nightmare. If nothing else, at least we know they are no longer sleeping.  Now that Blacks have awakened out of their slumber, as the APA stated, they are greeted with “despair, anxiety, and great sadness.”

Obama sold Blacks folks a bill of goods. Blacks have been euphorically defending Obama at every turn.  Yet, Black unemployment is still double digits (11.6 percent).  Black students are dropping out of Black universities at alarming rates as a result of the policies of Obama.  Government contracting has all but dried up for Black businesses. He told Blacks in 2011 to “get out of bed, put on their marching shoes, and stop complaining.” And we said, “yessa massa.”

Homosexuals threaten to withhold their support and money from Obama unless he became their “water boy.”  He says, “yessem, boss.”  They are only 2 percent of the population, but Obama has bent over backwards to accommodate their demands.

Illegals have “demanded” U.S. citizenship from Obama, free education, and free healthcare; Obama signs executive orders to accommodate their demands, even though they can’t legally vote for him.

Yet , he tells Blacks that he can’t target any programs for them because he doesn’t want Whites to think he is being partial to Blacks.

Despite Blacks finally awakening from their slumber, they are now forced to deal with the resulting effects of the nightmare created by Obama. It’s time to judge Obama on his actions; no longer on his rhetoric. Everyone should want our president to be successful, but after six years in the White House, what is the evidence of positive changes with Obama?

By almost every measurable indices, Blacks are worse off today than when Obama became president. We started off with a dream that turned into a fantasy that is ending in a nightmare.