Does the GOP Have a Shot at the Black Vote? 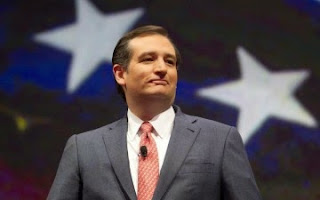 When our next president steps into the White House, that person should be someone who is fighting for issues that disproportionately affect Black Americans. We need someone that will make our issues a priority to discuss and solve. The three U.S. Senators on the GOP Presidential bench are youthful, accomplished, and engaged with issues affecting minorities. Whether through legislation they have passed while elected or through issue statements, rest assured these GOP candidates have and will continue to fight for Black America—they want us to have our shot at living the American dream.

In the current administration, it took six years for the “My Brother’s Keeper” initative to get off the ground. Though this program has the potential to affect thousands of Black and Hispanic males, it should not have taken President Obama six years to launch. The most logical reason for my Brother's Keeper being launched in President Obama's second term is likely because of the negative perception surrounding the fact that there were no initiatives geared toward solving issues that disproportionately affect Black Americans. My Brother's Keeper is a nice gesture seeing that over 90% of Black people voted to elect and re-elect President Obama.

It is time for a president to push the issues facing everyday Black Americans forward. We are an integral part of the fabric of America. When we succeed, America succeeds. The Right knows that Black votes will be critical to this election, but are they willing to fight for them? The next few months will tell.

Here are the GOP presidential candidates who have announced so far:

The first GOP contender to throw his hat into the race was Senator Ted Cruz (R-TX). During his presidential announcement, he opened up with faith and his family story. Since taking office in 2013, Cruz has sponsored over 30 pieces of legislation. He has proposed bills addressing free speech, foreign relations, and repealing Obamacare.

Ted Cruz believes that every human life is precious, he believes a marriage is sacred and between a man and a woman, he has introduced a number of alternatives to Obamacare, and supports job creation through a vibrant free market economy. As Texas Solicitor General, he argued before the Supreme Court on behalf of Texas. Ted Cruz is conservative through and through, and his faith filters through his public service and in every area of his political ideology.

The second contender to enter the race for the Republican presidential nomination  was Senator Rand Paul (R-KY).  Sen. Paul is an ophthalmologist who has practiced for 18 years prior to serving in the Senate. Sen. Paul administers pro bono eye surgeries when Congres is in recess. He is best known among Black leaders for his willingness to lead the charge on criminal justice reform. In 2014, he co-sponsored the “REDEEM Act”, with Senator Cory Booker from New Jersey. The REDEEM Act would allow for expungement or sealing of federal records for non-violent or juvenile offenses.

I asked Sen. Paul's campaign why criminal justice reform was such a major part of his presidential agenda. Sen. Paul’s response, “I won't wait any longer.  I've had enough.  I will not rest until all Americans, white and black, rich and poor are treated equally under the law!”

The third Republican to enter the race was Senator Marco Rubio (R-FL). At 43, Rubio is the youngest contender to announce thus far. He is a former Speaker of the Florida House and got his start in politics as a City Commissioner in West Miami. He is known for easily defeating former Republican and former Governor Charlie Crist for U.S. Senate in 2010. All eyes have been on the freshman whose Cubans parents fled to America from Fidel Castro's murderous regime. Rubio has taken heat for his attempts at immigration reform. In his position on the Senate Foreign Relations Committee, Marco Rubio has been a strong supporter of the state of Israel and he has been critical of Iran's support of terrorism. He has promised to allow Americans to purchase healthcare from all 50 states. He also believes in the sanctity of life, and is fluent in Spanish.

This is going to be perhaps the most diverse group of presidential candidates in history. There are governors, senators, a brain surgeon, former CEOs, and former elected officials mulling or preparing for a run. From criminal justice reformers to school choice proponents to job creators, the diversity is on the GOP's side.

Let’s not wake up in 2020 and still be asking ourselves: Why are our students still reading and graduating at lower levels than their white counterparts? Why are our schools still failing? Why are young black males one in 17 times more likely to be arrested versus their white counterpart at one in 3 times? Why are so many Blacks still mired in poverty and disproportionately destitute?

Political parties and candidates should earn our vote, and not receive it just because they say things that make us feel good. Their records speak volumes about their true values and their intentions for our community.  Any politician or party with the stated goal of serving America should be willing to provide solutions to the needs and challenges specifically faced in Black America.

The bottom line is that Black people haave options in 2016. If criminal justice reform is important to you, we have Republicans who have made that a centerpiece of their agenda. If you're concerned about your child's education or finding a well-paying job, there is a good chance there is a Republican running that is right for you.

Chelsi P. Henry, Esq., is a Florida-based attorney and business consultant. You can contact her at www.chelsiphenry.com or tweet her at: @chelsiphenry.