The Quest for True Equality 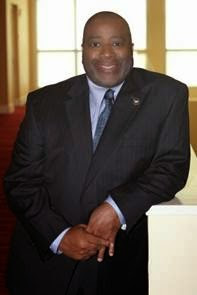 During the past two weeks Americans have lost their minds regarding the Religious Freedom Restoration Act (RFRA) that was passed and signed into law by Indiana governor, Mike Pence.  My readers know I do not support homosexual marriage or the homosexual agenda of being legally protected as a class based on their sexual preferences.

My purpose with this column is to bring some sanity to the debate swirling around the issue of religious freedom.  I want to remove all emotion from the debate and discuss the facts.

The bill in question was Indiana Senate Bill 101, titled the “Religious Freedom and Restoration Act.”  Pence signed the bill into law and all hell broke loose.  Opponents said the bill would allow businesses to discriminate against homosexuals; supporters said it would protect business owners from doing things that would put them at odds with their religious beliefs.

The bill was three pages long and never mentioned the words homosexual or gay; thus the homosexual community went out seeking a problem where none existed.

The homosexual community is masterful at PR.  When you don’t have public support for your position, many times a good PR campaign can usually do the trick.  As I have written many times in previous columns, Republicans are horrible when it comes to PR and communications, even when they are right on the issue.

Gov. Pence in particular and Republicans in general showed total incompetence in dealing with this issue.  They should have anticipated this type of reaction from the radical left.  This was so obvious that even Stevie Wonder could have seen this coming.

Nineteen other states have passed similar laws, with several others considering the same.  So you mean to tell me that almost half of America believes in discrimination?  I don’t think so!

They would argue how could I, as a Black man who has experienced discrimination, support the discrimination that they suffer because of their sexual preferences?  Their plight, according to them, is the Civil Rights of our day.  STOP right there!

I find it extremely offensive for homosexuals to attempt to equate the two.  Blacks fought for rights that were already enshrined in the U.S. Constitution.  The Constitution granted us citizenship, equality, and the right to vote; the Constitution just wasn’t being enforced.  Thus, the need for civil disobedience, political and legal action.

There is no such accommodation for homosexuality, NONE.  That’s what this fight is all about.  They want to be “legally” codified as a protected class strictly based on their sexual preferences and gender identity.

Now, let’s assume for this discussion that you are a Christian and that you believe homosexuality is a sin, thus is wrong.  Homosexuals would argue, and rightfully so, sin is sin.  How is homosexuality any different than lying, adultery, murder, cheating, stealing, etc.?  Great question.  I have an answer that homosexuals don’t want to deal with.

Name me one state in the U.S. where they are trying to legalize lying, adultery, murder, cheating, or stealing?  Homosexuality is the only sin that people are trying to codify as legally and morally permissible.  Can someone please reconcile this for me?

I find it quite interesting that, as a heterosexual Black male, that I would not be allowed to join a lesbian group or sit on the board of a homosexual chamber of commerce (yes, they do exist).  Is this not also hateful, bigoted, and discriminatory?

Why is it necessary for everyone to know your sexual preferences?  If I go to my workplace and tell women that I am heterosexual and like women; I will be rushed down to the HR department and possibly fired.  But, if I go to the same workplace and announce that I am homosexual, they close early and the CEO buys a big cake and we celebrate my courage for stating my sexual preference publically (i.e. would be N.F.Ler., Michael Sam)

Raynard Jackson & Associates, LLC is an internationally recognized political consulting, government affairs, and PR firm based in Washington, DC.  Jackson is an internationally recognized radio talk show host and TV commentator.  He has coined the phrase “straticist.”  As a straticist, he has merged strategic planning with public relations.  Call RJA to discuss how they can get you to the next level of your career.