The dirty little secret no one wants to admit about Baltimore 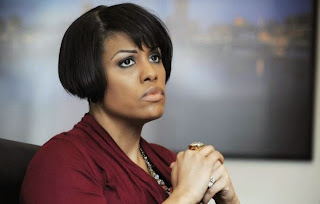 The population of Baltimore is 622,000 and 63 percent of its population is black. The mayor, state’s attorney, police chief and city council president are black, as is 48 percent of the police force. But as 36-year-old Robert Stokes says, “You look around and see unemployment. Filling out job applications and being turned down because of where you live and your demographic. It’s so much bigger than the police department.”

Everyone wants to have an honest conversation about race, so let’s us endeavor to do just that. Now, of course, when you speak the hard truth about race issues in America – and not just the liberal progressive talking points – and you’re white, you’ll be branded a racist. And if you’re black, well, y’all just watch the comments below and see the denigrating drivel.

As posted on Breitbart.com by John Nolte, “Contrary to the emotional blackmail some leftists are attempting to peddle, Baltimore is not America’s problem or shame. That failed city is solely and completely a Democrat problem.”

“Like many failed cities, Detroit comes to mind, and every city besieged recently by rioting, Democrats and their union pals have had carte blanche to inflict their ideas and policies on Baltimore since 1967, the last time there was a Republican Mayor. In 2012, after four years of his own failed policies, President Obama won a whopping 87.4% of the Baltimore city vote. Democrats run the city of Baltimore, the unions, the schools, and, yes, the police force. Since 1969, there have only been only been two Republican governors of the State of Maryland. Elijah Cummings has represented Baltimore in the U.S. Congress for more than thirty years.”

“As I write this, despite his objectively disastrous reign, the Democrat-infested mainstream media is treating the Democrat like a local folk hero, not the obvious and glaring failure he really is. Every single member of the Baltimore city council is a Democrat. Liberalism and all the toxic government dependence and cronyism and union corruption and failed schools that comes along with it, has run amok in Baltimore for a half-century, and that is Baltimore’s problem. It is the free people of Baltimore who elect and then re-elect those who institute policies that have so spectacularly failed that once-great city. It is the free people of Baltimore who elected Mayor “Space-to-Destroy”.

Mr. Nolte is white and we all know the invectives which will be hurled his way — but he is absolutely correct.

I was watching the news reports from Baltimore and hearing all the condemnations from some about being kept down and the lack of jobs, opportunity, good schools — then why do these blacks keep voting for the same people? And this isn’t a phenomenon isolated to Baltimore.

Every single major urban center in America is run by Democrats — more specifically, liberal progressives, black or white. The morass that became Detroit. The killing fields of Chicago. The depravity of Washington DC. The shame of South Dallas. And yes, even the place that was once my home, Atlanta — even with all the successful black entertainers.

Now, I remember the first black mayor of Atlanta, Maynard Jackson. That guy was a leader and even spoke at my high school Baccalaureate. But today, Atlanta Mayor Kasim Reed has done such a bang-up job that the Atlanta Braves are moving to Cobb County!

Just do the assessment yourselves, who are the elected officials heading up the urban centers? And where does one find the most dire socio-economic statistics?

Yet we hear these rioters blame whites — well, they need to make sure they’re specifically blaming the correct whites — those on the left. Blacks have been herded into these inner city clusters, a new economic plantation and in this 50th year of President Lyndon Johnson’s Great Society — well, the unintended, or maybe intended, consequences are deplorable.

But Mr. Nolte does bring up an interesting comparative analysis. He writes:

“Poverty has nothing to do with it. This madness and chaos and anarchy is a Democrat-driven culture that starts at the top with a racially-divisive White House heartbreakingly effective at ginning up hate and violence. Where I currently reside here in Watauga County, North Carolina, the poverty level is 31.3%. Median income is only $34,293. In both of those areas we are much worse off than Baltimore, that has a poverty rate of only 23.8% and a median income of $41,385. Despite all that, we don’t riot here in Watauga County. Thankfully, we have not been poisoned by the same left-wing culture that is rotting Baltimore, and so many other cities like it, from the inside out. We get along remarkably well. We are neighbors. We are people who help out one another. We take pride in our community, and are grateful for what we do have. We are far from perfect, but we work out our many differences in civilized ways. Solutions are our goal, not cronyism, narcissistic victimhood, and the blaming of others.”

The truth is that it is a culture of dependency as promulgated by the race baiters and new plantation overseers of the inner city that has created what we’re seeing play out in Baltimore. There is where the blame lies, but there are very few who are willing to admit just that.

Remember what ESPN sports commentator Stephen A. Smith said? He wished that for one voting cycle, the black community would vote Republican. Heck, they could do no worse — and look, even the people of the state of Maryland decided to try something different and elected a Republican governor. Who, when finally asked, immediately activated the National Guard to quell the violence and chaos which the Democrat Mayor of Baltimore failed to comprehend, and control. Perhaps what we’re witnessing in Baltimore is the pure definition of insanity — continuing to do the same thing and expect different results.

Yes, the dirty little secret that no one wants to admit is that Baltimore, and so many other urban areas and inner city communities in America are a reflection of the abject failure of liberal progressive socialist policies as advanced by the Democrat party.

The preeminent question is whether or not those in Baltimore and other places will recognize who is truly responsible for their plight. Or will they continue to be manipulated and propagandized by the liberal progressive media and the poverty pimps like the one supposedly heading down from New York City.

John Nolte’s piece was spot on and this is not about an American failure, it is about a Democrat failure. And ask yourself, who were the ones who developed the concept of urban economic empowerment zones — as opposed to the ones who have produced urban depraved enslavement zones?

Allen West is a former United States Congressman and current contributor for Fox News and PJ Media – Next Generation. After a 22-year military career, he entered politics in the 2008 election, when he ran for U.S. Representative from Florida's 22nd congressional district as a Republican, but lost against Democratic incumbent Ron Klein. In a re-match against Klein in 2010, West won the seat, coinciding with historic Republican gains in the 2010 midterm elections. On January 3, 2011, West took office as the first black Republican Congressman from Florida since Josiah T. Walls left office in 1876. West served on the Armed Services and Small Business Committees. He was also a member of the Tea Party Caucus and has been referred to as one of the champions of the Tea Party movement.