Why Dr. Martin Luther King, Jr. Was A Republican 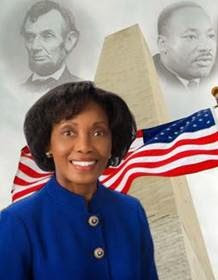 
For additional information, view the below articles:

The Party of Civil Rights”
http://blackrepublican.blogspot.com/p/the-party-of-civil-rights-by-kevin-d.html

HISTORY OF CIVIL RIGHTS - In a nutshell 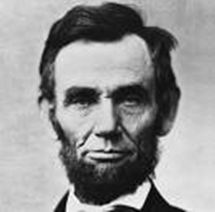 Republicans, under the leadership of President Abraham Lincoln, fought to free blacks from slavery. This “antislavery” party championed freedom and civil rights for blacks.
The Democratic Party - As author Michael Scheuer stated, the Democrat Party is the party of the four S's:
Slavery
Secession
Segregation
And now Socialism.

SLAVERY - Democrats fought to expand it, Republicans fought to ban it

Democrats formed the Confederacy, seceded from the Union and fought a Civil War (1861-1865) in order to keep blacks in slavery because Democrats had built their economic base on the backs of black slaves.

Democrats pushed to pass the Missouri Compromise to spread slavery into 50% of the new states.

Democrats also pushed to achieve passage of the Kansas-Nebraska Act that was designed to spread slavery into all new states.

The anti-Civil War chant of the Democrats, as reported by one Pennsylvania newspaper, was: “Willing to fight for Uncle Sam” but not for “Uncle Sambo.” These anti-Civil War Democrats verbally attacked President Lincoln because he fought to free blacks and make his Emancipation Proclamation a reality, the source of Juneteenth celebrations (June 19th) in black communities today.

Republicans passed the civil rights laws of the 1860s, including the Civil Rights Act of 1866 and the Reconstruction Act of 1867, designed to establish a new government system in the Democrat-controlled South, one that was fair to blacks.

Democrats fought to end Reconstruction that was started by Republicans.

The Hayes-Tilden Compromise of 1877 was an attempt by Republicans to end the election stalemate, as well as get the Democrats to stop the lynchings and respect the rights of blacks.


The KKK spread into other southern states, launching a “reign of terror” against Republican leaders, black and white.
The Ku Klux Klan became the terrorist arm of the Democratic Party and lynched over 3,000 Republicans, 1,000 of whom were white. 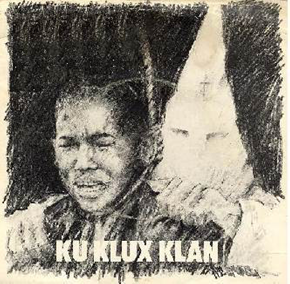 Democrats fought to prevent the passage of every piece of civil rights legislation from the 1860s to the 1960s.

Democrats wanted to keep blacks in virtual slavery and deny them the promised “40 acres and a mule.”

On Abraham Lincoln’s 100th birthday in 1909, Republicans started the NAACP to counter the racist practices of the Democrats. The first black American to head the NAACP was Republican James Weldon Johnson who wrote the lyrics to “Lift Every Voice and Sing,” the inspirational song considered to be the Black National Anthem. 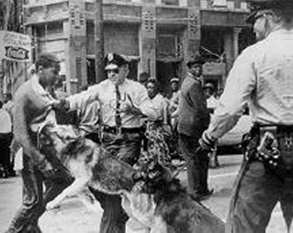 Democrats fought against civil rights in the 1950s and 1960s. 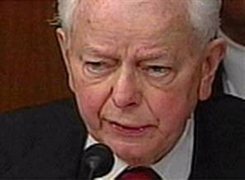 Democrat Senator, Robert Byrd, a former KKK "Keagle," or recruiter, remained a life-long Democrat and a prominent leader in Congress until his death in 2010. He was honored by his fellow Democrats as the “conscience of the Senate.”

Byrd was a fierce opponent of desegregating the military and complained in one letter: “I would rather die a thousand times and see old glory trampled in the dirt never to rise again than see this beloved land of ours become degraded by race mongrels, a throwback to the blackest specimen of the wilds.”

THE TRUTH ABOUT DAVID DUKE

While turning a blind eye to how the Democratic Party embraced Byrd until his death, Democrats regularly lambaste the Republican Party about David Duke, a former Grand Wizard of the Ku Klux Klan.

Hypocritical is the word for how Democrats also ignore Duke’s long participation in the Democratic Party with no efforts by Democrats to block him.  Below is Duke’s political history in Louisiana, which has an open primary system.

After his unbroken string of losses as a Democrat and an Independent Populist, Duke decided to describe himself as a Republican. Republican President, Dwight Eisenhower, pushed to pass the Civil Rights Act of 1957 and sent troops to Arkansas to desegregate schools.

Eisenhower appointed Chief Justice, Earl Warren, to the U.S. Supreme Court which resulted in the famous 1954 “Brown v. Topeka Board of Education” decision that ended school segregation and the “separate but equal” doctrine created by the 1896 “Plessy v. Ferguson” decision.

Much is made of Democrat President Harry Truman's issuing an Executive Order in 1948 to desegregate the military. Not mentioned is the fact that it was Republican Eisenhower who actually took action to effectively end segregation in the military.

In 1958, Eisenhower established a permanent Civil Rights Commission that had been rejected by prior Democrat presidents, including President Franklin D. Roosevelt.

Ignored today is the fact that it was President Franklin D. Roosevelt who started blacks on the path to dependency on government handouts during the Great Depression. His “New Deal” turned out to be a bad deal for blacks. 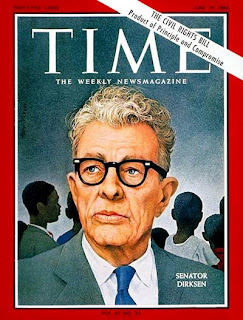 Known little today is the fact that it was Republican Senator Everett Dirksen of Illinois, not Democrat President Lyndon Johnson, who pushed through the 1964 Civil Rights Act.

Dr. King hailed Senator Dirksen’s “able and courageous leadership.”  The Chicago Defender, the largest black-owned daily at that time, praised Senator Dirksen for the “grand manner of his generalship behind the passage of the best civil rights measures that have ever been enacted into law since Reconstruction.”

Democrats today ignore the pivotal role played by Senator Dirksen in obtaining passage of the landmark 1964 Civil Rights Act, while heralding President Johnson as a civil rights advocate for signing the bill.

The chief opponents of the 1964 Civil Rights Act were Democrat Senators Sam Ervin, Albert Gore, Sr. (father of former U.S. Vice President Al Gore) and Robert Byrd who filibustered against the bill for 14 straight hours before the final vote.

The passage of civil rights legislation could not have been achieved without the support of Republicans.

Behind closed doors, Johnson said: “These Negroes, they’re getting uppity these days. That’s a problem for us, since they got something now they never had before. The political pull to back up their upityness. Now, we’ve got to do something about this. We’ve got to give them a little something. Just enough to quiet them down, but not enough to make a difference. If we don’t move at all, their allies will line up against us. And there’ll be no way to stop them. It’ll be Reconstruction all over again.”

The above quote from President Lyndon Johnson was said to his closest friend, Richard B. Russell, and revealed on page 84 of the book “Whites, Blacks And Racist Democrats” by Rev. Wayne Perryman.

Perryman sued the Democratic Party for that party’s 200-year history of racism. In that lawsuit, the Democrats admitted their racism, but refused to apologize because they know they can take the black vote for granted.

JFK WAS NOT A CIVIL RIGHTS ADVOCATE 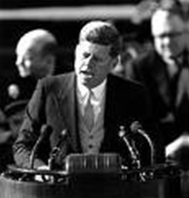 Democrat President John F. Kennedy is lauded as a proponent of civil rights. However, Kennedy voted against the 1957 Civil rights Act while he was a senator, as did Democrat Senator Al Gore, Sr.

After he became president, Kennedy was opposed to Dr. King’s August 28, 1963 March on Washington that was organized by A. Phillip Randolph who was a black Republican.

Through his brother Attorney General Robert Kennedy, President Kennedy had Dr. King wiretapped and investigated by the FBI on suspicion of being a Communist in order to undermine Dr. King.

Contrary to popular belief, Harris Wolford, not President Kennedy, orchestrated making the call that got Dr. King out of jail. Kennedy objected to the call at first, then took credit because he saw he could benefit politically.

Nixon did not make a call because he knew that he, as a Republican, would be ignored by the racist Democrats running the jail where Dr. King was being held. 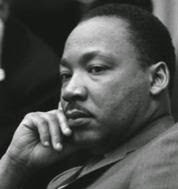 The relentless disparagement of Dr. King by Democrats led to his being physically assaulted and ultimately to his tragic death.

In March of 1968, while referring to Dr. King's leaving Memphis, Tennessee after riots broke out where a teenager was killed, Democrat Senator Robert Byrd called Dr. King a "trouble-maker" who starts trouble, but runs like a coward after trouble is ignited. A few weeks later, Dr. King returned to Memphis and was assassinated on April 4, 1968.

THE GOOD THAT PRESIDENT RONALD REAGAN DID FOR BLACK AMERICANS 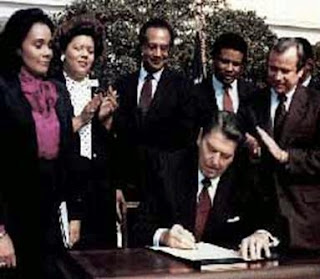 President Ronald Reagan initiated free-enterprise policies that fostered the economic growth and job creation of the 1980s, which produced the prosperity that most black Americans enjoyed.

Indeed, between 1982 and 1988, total black employment increased by 2 million, a staggering sum. That meant that blacks gained 15 percent of the new jobs created during that span, while accounting for only 11 percent of the working-age population.

Meanwhile, the black jobless rate was cut by almost half between 1982 and 1988. Over the same span, the black employment rate – the percentage of working-age persons holding jobs – increased to record levels, from 49 percent to 56 percent.

The black executive ranks especially prospered under Reagan. The Equal Employment Opportunity Commission reported that the number of black managers and officers in corporations with 100 or more employees increased by 30 percent between 1980 and 1985.

All told, the middle class constituted more than 40 percent of black households by the end of Reagan's presidency, which was larger than the size of black working class, or the black poor.

THE TRUTH ABOUT NIXON’S “SOUTHERN STRATEGY” 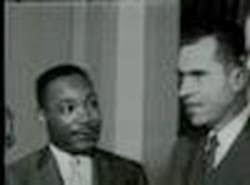 Democrats condemn Republican President Richard Nixon for his so-called “Southern Strategy.”  These same Democrats expressed no concern when the racially segregated South voted solidly for Democrats for over 100 years.  The 30-year odyssey of the switch of the South from Democrat to Republican began in the 1970’s as an effort by Nixon to get fair-minded people to stop voting for Democrats who did not share their values and were discriminating against blacks.

Georgia did not switch until 2004, and Louisiana was controlled by Democrats until the election of Republican Bobby Jindal, a person of color, as governor in 2007.

As the co-architect of Nixon's "Southern Strategy", Pat Buchanan provided a first-hand account of the origin and intent of that strategy in a 2002 article posted on the Internet.

Buchanan wrote that Nixon declared that the Republican Party would be built on a foundation of states’ rights, human rights, small government and a strong national defense.  Nixon said he would leave it to the Democratic Party to squeeze the last ounce of political juice out of the rotting fruit of racial injustice.

The Claremont Institute published an eye-opening article by Gerard Alexander entitled “The Myth of the Racist Republicans”, an analysis of the decades-long shift of the South from the racist Democratic Party to the racially tolerant Republican Party.  That article can be found on the Internet.

Another article on this subject by Mr. Alexander is entitled “Conservatism does not equal racism. So why do many liberals assume it does?” and is posted on the Internet.

REPUBLICANS AND DEMOCRATS DID NOT SWITCH SIDES ON RACISM

As a result of unrelenting efforts by Democrats to shift their racist past onto the backs of Republicans, using the mantra: “the parties switched sides”, a lot of people have requested an article addressing this issue.

It does not make sense to believe that racist Democrats suddenly rushed into the Republican Party, especially after Republicans spent nearly 150 years fighting for black civil rights.

In fact, the racist Democrats declared they would rather vote for a “yellow dog” than a Republican because the Republican Party was known as the party for blacks.

Democrats have been running black communities for the past 50 years and their failed socialist policies have turned those communities into economic and social wastelands.  In his book, “Dreams From My Father”, President Barack Obama described what he and other Democrats do to poor blacks as “plantation politics”.

SOCIALISM… “A philosophy of failure, the creed of ignorance, and the gospel of envy.  Its inherent virtue is the equal sharing of misery..."
- Winston Churchill
Posted by Frances Rice at 1:29 PM