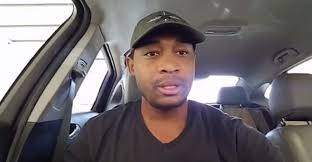 It is time to walk away from the Democratic Party's ideology.

The democratic philosophy is filled with hate and fear mongering.

They have no message.

Actually, they never had a message.

They only use the government to control people and to keep their People in power.

All of the fake politicians use their position to make themselves rich and keep you weak and needing their philosophy.

I tell you this, I will never accept their lies again.

The Left Can't Come To Grips With The Loss Of Power 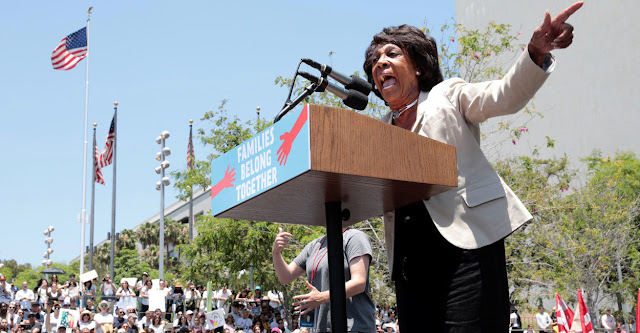 Progressive pundits and the liberal media almost daily think up new ways of characterizing President Trump as a Nazi, fascist, tyrant or buffoon.

What is behind the unprecedented furor?

Just as Barack Obama was not a centrist, neither is Trump. Obama promised to fundamentally transform the United States. Trump pledged to do the same and more — but in the exact opposite direction.

The Trump agenda enrages the left in much the same manner that ObamaCare, the Obama tax hikes, Obama's liberal Supreme Court picks and the Iran nuclear deal goaded the right.

Yet the current progressive meltdown is about more than just political differences. The outrage is mostly about power — or rather, the utter and unexpected loss of it.

In 2009, Obama seemed to usher in a progressive revolution for a generation.

Democrats controlled the House. They had a supermajority in the Senate. Obama had a chance to ensure a liberal majority on the Supreme Court for years.

Democrats had gained on Republicans at the state and local levels. The media, universities, professional sports, Hollywood and popular culture were all solidly left-wing.

And then visions of a generation of progressive grandeur abruptly vanished.
Obama left behind a polarized nation. Democrats lost both the House and the Senate. During Obama's tenure, Democrats lost more than 1,000 seats at the state level.

Meanwhile, she too often neglected winnable purple states such as Florida, Michigan, Ohio, Pennsylvania and Wisconsin, all of which Obama had won in 2008 and 2012. Clinton apparently forgot that the Electoral College, not the popular vote, elects a president.

After his election, President Trump did not implode as predicted. By following the Obama precedent of relying on executive orders, Trump began recalibrating everything from immigration enforcement to energy development.

Abroad, Trump did what no other Republican president would have dared, bombing ISIS into submission, canceling the Iran deal, seeking to denuclearize North Korea, pulling out of the Paris climate accord, and moving the U.S. embassy in Israel from Tel Aviv to Jerusalem.

Despite his frequent crudeness, Trump is inching toward a 50% approval rating in a few polls. That has only made an impotent opposition grow even more furious — both at the other half of the country for supporting Trump, and at a buoyant Trump himself for baiting and ridiculing progressives in the fashion of no prior president.

Worse still, much of the loss of progressive power was at least partly self-inflicted.

Former Democratic Senate Majority Leader Harry Reid foolishly dropped the number of votes needed to overcome a filibuster for executive appointments and most judicial nominations in 2013. That blunder ensured Republicans the chance to remake the Supreme Court when they took over the Senate in 2014.

Obama chose not to try to win over his opposition, but to alienate it by veering hard left in his second term. Hillary Clinton foolishly got herself into a number of personal scandals that embarrassed her party and helped lead to her defeat.

In reaction to the sudden loss of political power, Democrats would have been wise to run to the center, as did Bill Clinton, who all but ended the era of the Reagan Republicans.

They could have dropped their obsession with identity politics and instead attempted to win over blue-collar voters with more inclusive class appeals rather than racial appeals.

Instead, Democrats have endlessly replayed the 2016 election. In Groundhog Day fashion, Hillary Clinton repeatedly offered tired excuses for her loss.

To progressives, Trump became not an opponent to beaten with a better agenda, but an evil to be destroyed. Moderate Democrats were written off as dense; left-wing fringe elements were praised as clever.

Voters in 2016 bristled at redistribution, open borders, bigger government and higher taxes, but progressives are now promising those voters even more of what they didn't want.

Furious over the sudden and unexpected loss of power, enraged progressives have so far done almost everything to lose even more of it.
And that paradox only leads to more furor.

Hanson is a classicist and historian at the Hoover Institution, Stanford University, and the author of the soon-to-be released "The Second World Wars: How the First Global Conflict Was Fought and Won," to appear in October from Basic Books.

https://www.investors.com/politics/columnists/trump-hatred-progressives-liberals-power/
Posted by Frances Rice at 9:31 AM