A Comparison of Two Presidents: President Trump versus President Obama – Their First 600 Days 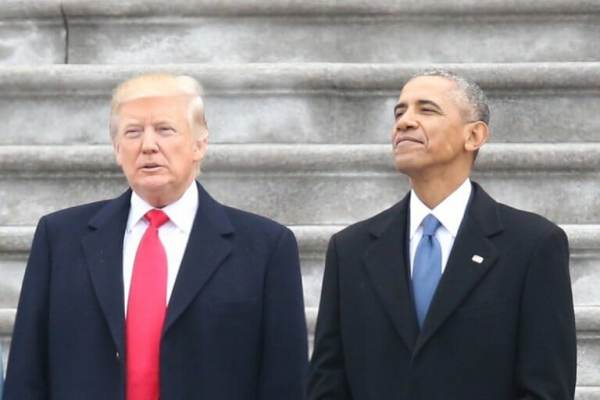 As we approach the first 600 days into the Donald J. Trump Presidency it’s again time to assess his accomplishments.  What better way to perform this analysis than to compare his results to the prior Administration’s – President Barack H. Obama’s?

On Friday former President Barack Obama gave a speech in Illinois where he was critical of the current President while never referring to President Trump as “President”.  Obama then took credit for President Trump’s economy.

As we approach President Trump’s first 600 days in office, we decided to compare his economic results to those of Obama for the exact same time period.  We start with the stock market results.

The markets are a gauge of the economy and include expectations of the future.

After President Trump was elected the DOW exploded.  On November 8th, 2016, the DOW stood at 18,332.  Since that date the DOW has soared and it never looked back.

Not only has the DOW skyrocketed since Donald Trump was elected President, the market’s rise is record breaking.

Since the 2016 election, the DOW has closed at new record all-time highs 99 times!  (President Obama never saw a new all-time high in the DOW his entire first term and only saw 105 all-time closing highs from his first election win until Trump’s.)

Since President Trump was elected President the DOW tied the record for the most all-time closing highs in a row.

In January of 1987 President Reagan saw the DOW increase to new all-time highs a record 12 days in a row.  In February of 2017, President Trump matched Reagan’s record.

The DOW reached its fastest 500 point increase between major milestones under President Trump.

Also, President Trump didn’t ride an Obama wave, the DOW under Obama went down in 2015 and stayed relatively flat until the 2016 election.

The Russell 2000 is a major index of US small cap stocks recognized throughout the financial industry.

According Rex Sinquefield at Forbes in October of 2016 –

The Obama recovery of the last seven years remains the worst in postwar American history. Average gross domestic product (GDP) growth since the bottom of the recession in 2009 was barely above 2.1% per year. The average since 1949 is well above 4% per year during the previous 10 expansions.

This result is not just bad, it is catastrophic.

I believe the root cause of abysmal growth is the huge tax increases imposed by Obama and the Democrats in Congress since 2008.

The most harmful were the increase in the capital gains tax from 15 to 20 percent, the increase in top bracket income from 35 to 39.6 percent, and the new tax of 3.8 percent on investment income in the Affordable Care Act (ACA).

The massive increase in regulatory burden through the ACA and Dodd-Frank bills are also crushing, but unfortunately are harder to measure.

President Trump however last quarter reached a GDP of 4.2%.

In regards to debt, President Obama increased the amount of US debt astronomically.  By the time Obama left office he had doubled the US debt to $20 trillion and incurred as much debt as all previous Presidents combined.  President Trump is slowing that trend.

With his increasing GDP and slowing of debt increases, President Trump has managed to decrease the debt to GDP ratio in his first 600 days in office.  This is a very good result that is rarely mentioned by the MSM.

Trump bested Obama by 804,000 manufacturing jobs since taking over White House when compared to the 19 months prior to the 2016 election!  These high paying jobs are the same jobs that Obama said would never come back.

In summary, in every major economic category, President Trump’s economy is moving in the right direction and is mostly record breaking.  In comparison, President Obama’s economy his first 600 days were some of the worst months in US economic history.  President Trump has reversed the Obama economic nightmare.