A Riveting Video: THE BLACK VOTE

On plantations of the Old South, bodies were enslaved, but minds were free. The opposite is true today, but that is rapidly changing.
– John Edison 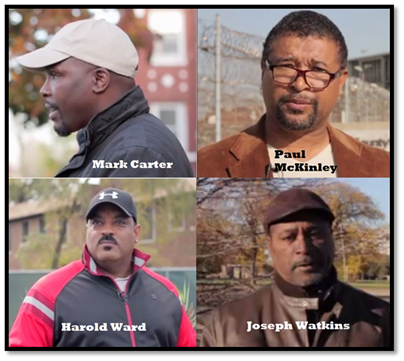 Democrats cannot win without overwhelming support from the black electorate. Even though every Democrat-run city in America is marred by residential areas that more resemble bombed-out war zones than normal communities, most black people still vote for Democrats.

By smearing Republicans as racists, Democrats have maintained a seemingly unbreakable lock on the black vote. But that lock is now being picked, big-time—a recent Rasmussen survey found that African-American support for President Trump has soared since the election, from 8% to 36%.

In increasing numbers, chronically-poor black voters are realizing that loyalty to Democrats has been rewarded only with more policies that perpetuate crime, poverty and hopelessness. Nowhere is that more evident than in the sentiments expressed in a YouTube titled “Voices of the Ex-Offender.”

Produced in 2014, when Barack Obama was president, the video shows four struggling black men who finally awakened to the reality that Democrats are 100% responsible for the deplorable conditions that have plagued urban communities for the last half-century.

Black joblessness is at an all-time low under President Trump, and if the sentiments of these four ex-offenders are widely viewed by black voters, Democrats will pay a steep price for having condemned generations of decent black people to entire lifetimes marked by poverty and despair. 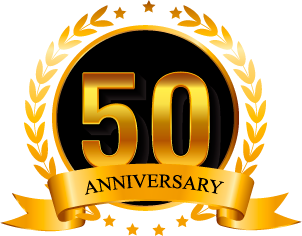 A Crime Against Humanity

Given all the suffering it has caused, is socialism a hate crime?

As is his custom, Piereson makes a solid case.

His isn’t a complex argument — Piereson simply totals up the corpses thanks to the world’s chief practitioners of socialist governance in the 20thcentury, and concludes that anything which leads to the deaths of more than 110 million souls has to be a hate crime by the definition afforded us by the modern gatekeepers of the term.

After all, the evidence for its malignant effects is obvious to anyone with sufficient curiosity to look at the historical record.

The socialist movement has been responsible for the murder, imprisonment, and torture of many millions, and perhaps hundreds of millions, of innocent people during its heyday in the twentieth century. That history of murder and tyranny continues on a smaller scale today in the handful of countries living under the misfortune of socialism — for example, Cuba, North Korea, Vietnam, and (more recently) Venezuela. 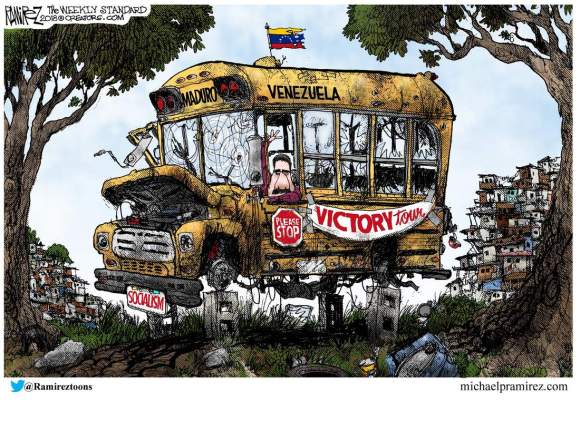 How do socialists escape the indictment that, in view of the historical record, they are purveyors of tyranny and mass murder? 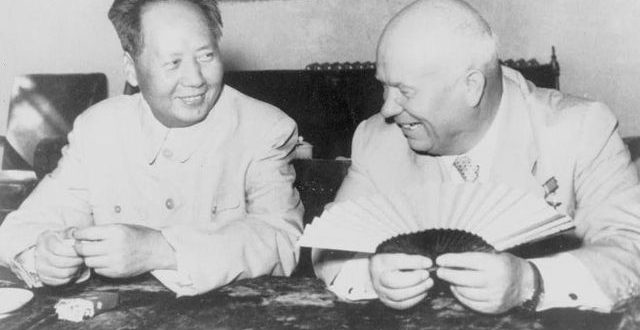 Many deny that Stalin, Mao, and the others were true socialists and, indeed, that socialism has never really been tried — a manifest absurdity.

Senator Sanders and others claim that they are for something called “democratic socialism,” a popular and peaceful version of the doctrine, but that’s what Lenin, Mao, and Castro said until they seized power and immediately began to sing a different tune. 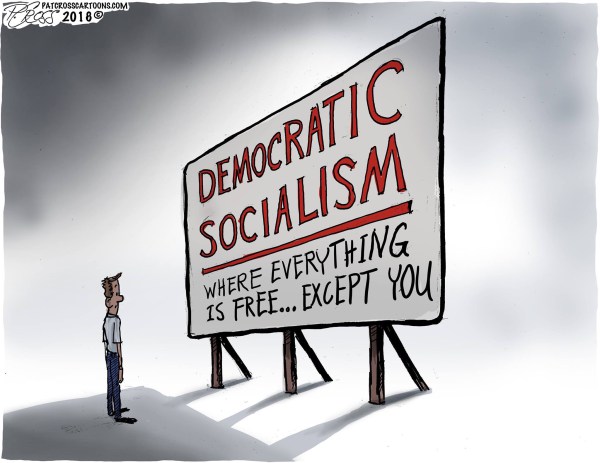 Democracy and diversity are what they say when out of power; tyranny and authoritarianism are what they practice once in power. That is the tried-and-true technique of all socialist movements.

And a bit more…

The question is often asked: why does the same thing happen over and over in socialist regimes? Socialist plans and policies — five-year plans repeated again and again, collectivization of agriculture, nationalization of industry, the concentration of power into the hands of a few — lead inevitably to economic collapse, repression, large-scale killing, and democide.

It has happened according to script wherever socialism has been tried. Socialism always and everywhere begins with humanistic promises and ends in barbarism.

F. A. Hayek answered this question as long ago as 1944, when he published The Road to Serfdom, his classic critique of socialism. At that time, the socialist experiment was still in its early stages, with just two examples from which to draw lessons: the communist regime in Russia and Hitler’s Nazi regime in Germany.

The brutal history of socialism was yet fully to play out in the post-war era, but the lessons Hayek drew from Stalin and Hitler would turn out to apply perfectly to Mao, Castro, the Kim dynasty, and all of the socialist tyrants who came later.

In socialist movements, as Hayek pointed out, there is a tendency for the most brutal and unscrupulous people to rise to the top because they are the types who are willing to take the necessary steps to seize power and who prize the kind of absolute power that socialism promises.

Lenin, Stalin, Hitler, Mao, and Pol Pot — these were not the kinds of people one might have encountered in faculty lounges or middle-class town meetings. They were blackguards and thugs one and all, thuggishness being the key attribute for rising to the top in a movement in which power went to those willing to experiment with the most extreme measures.

Socialist policies, moreover, are always going to fail because it is impossible for central planners efficiently to allocate capital, goods, and services across a large economy. Socialism, after all, was always a political doctrine and never a plausible economic theory.

When there arose shortages of food or housing or military equipment — when socialist policies failed — leaders were faced with a choice of admitting failure and abandoning the socialist path or doubling down on their policies and preserving their power. It was in their nature to choose the latter course, and thus to press forward with more extreme measures, which typically involved the identification of scapegoats and counter-revolutionary elements as causes of failure.

From here it was but a few steps to the catastrophic outcomes described above: show trials, terror famines, mass starvation, cultural revolutions, “killing fields,” and democide.

For my part, I dislike the term “hate crime” — something is either a crime or it is not, and we shouldn’t trouble ourselves with the question whether a crime is motivated by hatred. If I’m to be mugged on the street I couldn’t care less whether my assailant is acting on feelings of greed, desperation, or ethnic hatred; in any case it’s cost me my valuables and my peace of mind.

Likewise, socialism is certainly a mugging. It’s political criminality of the basest sort. Socialism is a political doctrine prescribing virtue to at least six of the seven deadly sins (pride, greed, gluttony, envy, wrath, and sloth), and as Piereson notes it attracts all the worst kinds of people to its banner.

A socialist is a person who believes he or she can do a better job with your earnings than you can, and is undeterred by the atrocious and universal failures of that political doctrine.

Press a socialist on the impracticability of his ideas, and you’ll end up on the wrong end of wild invective and name-calling. Ask yourself if that’s the personality type you’d like to be governed by.

On second thought, it isn’t just six of the deadly sins.

You can add, lust to the pile, because upon the abject failure of socialist economics to produce its promised utopia rather than admit it simply does not work the academic socialists of 100 years ago resolved to destroy capitalist societies by use of relentless attacks on their culture.

And when the post-modern assault on Western civilization reached American shores it was in the form of sexual liberation.

And for half a century the cultural Marxist crowd has used lust and sexual license as its primary wedge to gain political power.

And to what end?

Grinding, inescapable misery, that’s what. Simply cast an eye to the south, and observe what socialism has wrought upon Venezuela — once one of Latin America’s wealthiest nations, a land containing the world’s largest proven oil reserves, and a population which at one time was among the best-educated in the Spanish-speaking world.

The Maduro regime, continuing the tyrannical and almost comically tragic mismanagement of that country begun by Hugo Chavez, has driven Venezuela into the status of a failed state.

Since 2014 more than 2.4 million Venezuelans have fled their homeland, causing a refugee crisis even worse than that in Syria.

All of South America is groaning under the strain of taking in Venezuelans, who are bringing with them squalid poverty and broken spirits after years of malnutrition and terror under Chavez and Maduro.

But those who continue perpetrating this criminal political doctrine refuse to take responsibility for its works.

As though their purported success stories in Sweden and Denmark, in which small, homogenous capitalist countries are breaking under the demographic strain of mass Third World immigration are somehow truer avatars of socialism than is North Korea.

That the Cold War wasn’t enough to wipe this foul ideology off the map, that the mass suffering in Venezuela won’t finish socialism once and for all, that there are supposedly mainstream political figures in this country continuing their attempts to force it down the throats of the public, and that there are ignorant (or worse) Americans who actually prefer it is proof of one sad fact: humans are wicked, and addicted to sin.

Socialism enables sin in a political context, and because it does it will never go away.

But it can be held at bay.

One step in that endeavor is to call it what it is: a criminal political doctrine.

And those who advocate socialism are advocating all of the crimes it carries.

https://spectator.org/a-crime-against-humanity/
Posted by Frances Rice at 9:55 AM