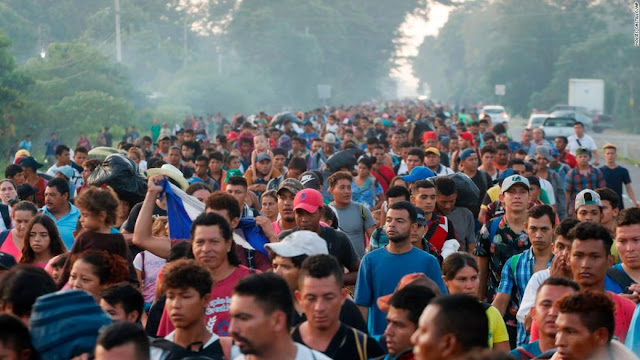 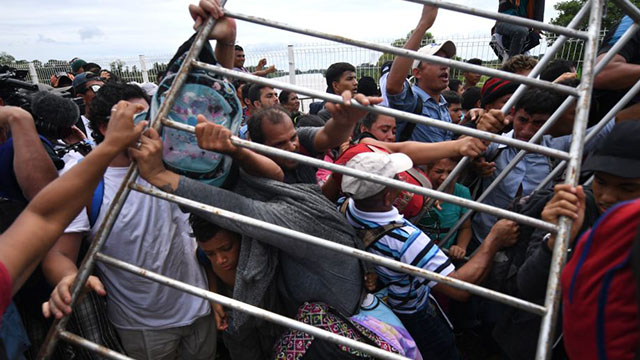 CRISIS AT OUR BORDER: Recent illegal immigration data show the urgent need to address the crisis at our border sparked by catch-and-release loopholes backed by Congressional Democrats.

·       The surge of aliens from Central America crossing our borders, thanks to our outdated laws demanding catch-and-release, has created a dire crisis at our border.

o   Customs and Border Protection (CBP) apprehended 94,285 Central Americans as part of family units at the border last year, 99 percent of whom remain in the Country today.

o   CBP apprehended 31,754 unaccompanied minors from the Northern Triangle of Central America last year, 98 percent of whom remain in the Country today.

·       The number of illegal alien family units we can remove in a year is roughly equivalent to the number that cross our borders in 48 hours.

·       Outrageous catch-and-release laws and court rulings have resulted in de facto immunity for illegal alien minors and adults from Central America who arrive at the border with them.

o   The effect is that the Government is forced to release entire family units into the interior of the United States, after which they often fail to appear for their court hearings.

o   Even if they do appear, it can take years to reach an initial decision in their cases.

·       Eighty percent of aliens claiming a fear of return to their home country get through the initial credible fear screening, but only 20 percent of those claiming asylum end up being granted it.

o   Regardless, 99 percent of asylum seekers in family units are able to remain in the United States.

·       Illegal immigration has undergone a dramatic shift from what used to be mostly single adults from Mexico to now Central American family units and unaccompanied minors.

o   In fiscal year 2000, 98 percent of aliens apprehended by United States Border Patrol were from Mexico, but today nearly 60 percent are from Central America.

OPEN BORDER OBSTRUCTIONISTS: Congressional Democrats’ solution to the immigration crisis facing our Country has been obstruction and insistence on open borders.

·       Democrats defend loopholes that allow minors from Central America, and all adults traveling with them, to illegally cross our borders and remain while their cases are processed.

·       Democrats in the House even opposed the Criminal Alien Gang Member Removal Act, which would have helped remove criminal illegal alien gang members from our communities.

·       Earlier this year, every single Democrat in the Senate signed up to cosponsor a radical, open borders immigration bill by Sen. Feinstein to expand the existing catch-and-release loopholes.

o   Sen. Feinstein’s bill would effectively give amnesty to illegal aliens caught within 100 miles of the border, as long as they are accompanied by a minor.

COMPILED BY THE RNC.