By Rebecca Hagelin | The Washington Times 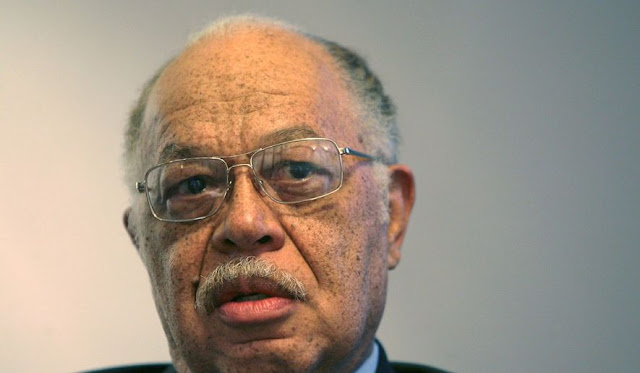 Photo: Kermit Gosnell. His “house of horrors” tale is exposed in a documentary about his being the worst serial killer in our nation's history. (Associated Press)

You could feel it as the shrills of protesters interrupted the hearings and the confirmation vote. Senators were confronted by satanic threats so real that many still require police escorts. Justice Kavanaugh and his lovely wife and young daughters continue to be berated by the evil.

For those who have been active in trying to rescue babies and their mothers from the horrific evil of abortion, the piercing screams and the sound of the gnashing of teeth are familiar. We hear them often when we fight for the lives of the innocent.

But for any Americans who have not been in the battle, who have shrugged their shoulders at abortion, who unthinkingly repeat the mantra that abortion is just a “woman’s health issue,” the oppressive nature of the protests was shocking, even confusing.

Launched under the false guise of sexual assault, the attack against Justice Kavanaugh was actually an all-out war by the left to continue the practice of sacrificing human children on the altar of convenience.

It’s time for America to understand what abortion really is. There will be no healing for our nation until we first know the evil that has infected us, and then take every measure to eradicate it.

Which is why I believe this Friday’s release of the movie “Gosnell: The Trial of America’s Biggest Serial Killer” is divinely appointed.

Though the details vary from “clinic” to “clinic,” the results of the barbaric acts that take place in every abortuary are the same: dead children.

The following passage from the grand jury report provides a taste of the repugnant evil of abortions that occur daily in America:

“This case is about a doctor who killed babies and endangered women.

"What we mean is that he regularly and illegally delivered live, viable babies in the third trimester of pregnancy — and then murdered these newborns by severing their spinal cords with scissors.

"The medical practice by which he carried out this business was a filthy fraud in which he overdosed his patients with dangerous drugs, spread venereal disease among them with infected instruments, perforated their wombs and bowels — and, on at least two occasions, caused their deaths.

"Over the years, many people came to know that something was going on here. But no one put a stop to it.”

Kermit Gosnell is serving three life sentences for murdering babies moments after they were delivered. He got off lightly when you consider that he was also found guilty of involuntary manslaughter of a mother.

Gosnell is perhaps America’s most prolific serial killer — who has been tried and convicted, that is. The reality is that babies bodies are routinely ripped apart, their bones crushed, their flesh chemically burned, and their brains sucked out in abortion clinics across America.
...

The Gosnell movie is a “must see” for any woman considering abortion, for every man urging a woman to “get rid of the problem” and for every lawmaker.

It should be shown in all law schools, and its viewing required by every attorney.

It should be part of medical school curriculum and the continuing education of physicians.

You must watch the Gosnell movie too.

The media largely ignored this landmark trial, attempting to hide the realities of abortion.

But courageous producers Ann McElhinney and Phelim McAleer, whose views of abortion where changed when they studied Gosnell’s “house of horrors,” courageously tell the truth so that Americans from all walks of life can confront the unspeakable evil.

The filmmakers created a brilliant work that shows no graphic details or gore, but simply presents the powerful reality of abortion as described by abortion providers and crime investigators in their actual court testimony.

Abortion abuses women, kills babies and feeds the insatiable appetite of the powers of darkness.

Watch the Gosnell trailer at:  www.Gosnellmovie.com


Go see the movie. In so doing, you will help shine the light of truth and force the darkness to flee.